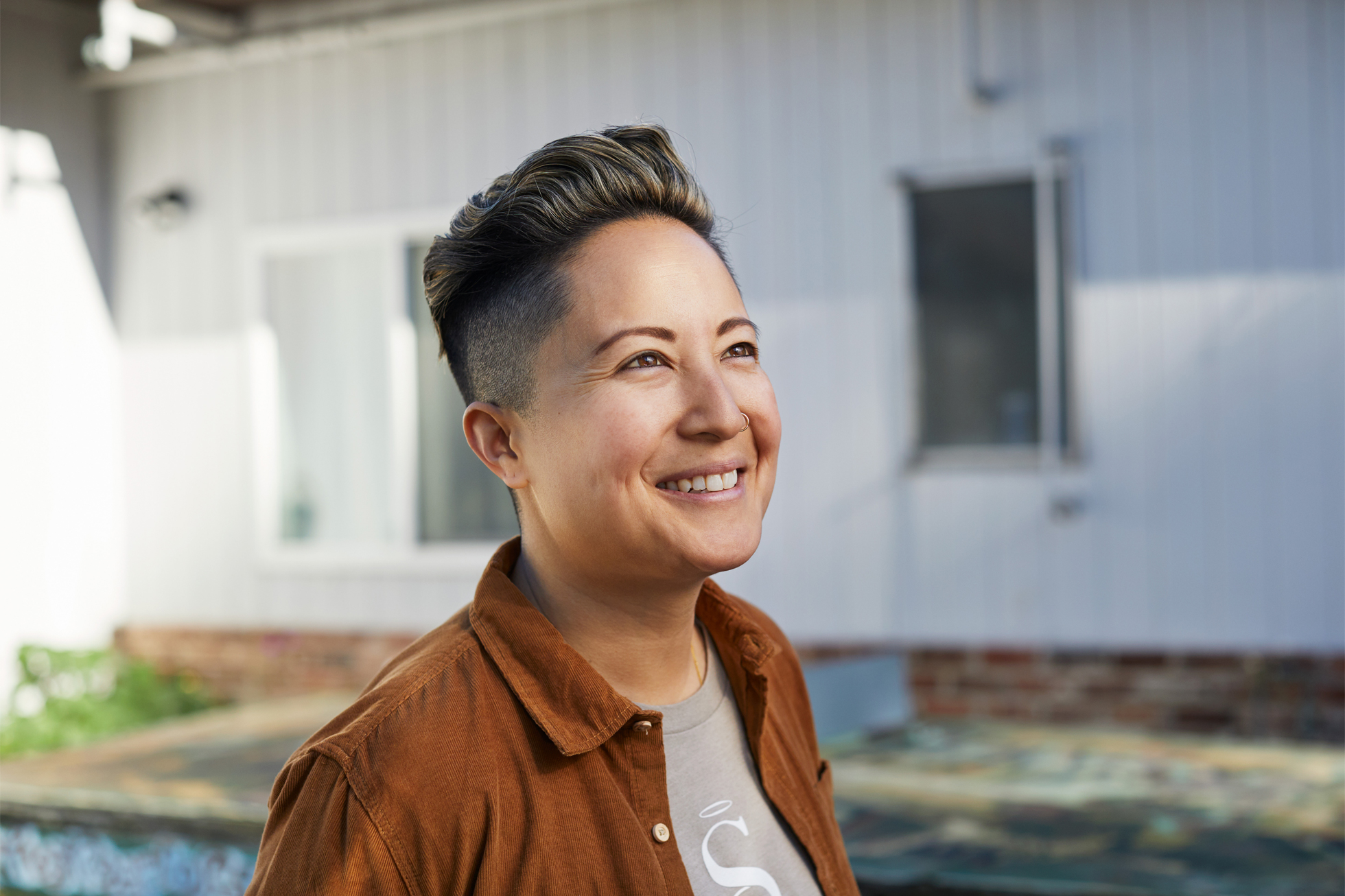 In a press release today, Apple is highlighting how much of an impact a hair cut can have on a person.

Jaz Limos is a manager at Apple Park Visitor Center in Cupertino, California, and she has put together an initiative to help those in need find a new beginning. All starting with sitting in a barber’s chair and getting their hair cut. Limos’s quest begins with helping those who are experiencing homelessness, and the seed of that idea began under some remarkable circumstances:

In 2016, after Limos broke bread with a homeless man at a sandwich shop in Oakland, she was shocked to discover he was her father who she hadn’t seen since she was a teenager. She couldn’t shake the feeling that she needed to do something. For months, she thought about that chance encounter, talking it over with her barber and contemplating how she could have a real impact on people’s lives. It was then that she realized how easy it was to open up in the chair, and also how it felt to really see herself in the mirror afterward.

Limos says that a barber is a very “organic way” to open up, and “just feel better”:

When I recognized that there’s so many different piecemeal options for someone to get help, that the entry point has to be just right where you can build rapport … a barber was a very organic way to open up and just feel better.

To get to the place she wanted to be, Limos started “Saints of Steel”, a nonprofit pop-up barber shop and makeover event. The events are meant to give those looking for employment, housing, or just a “fresh start” to find a solid beginning with a fresh hair cut and makeover. 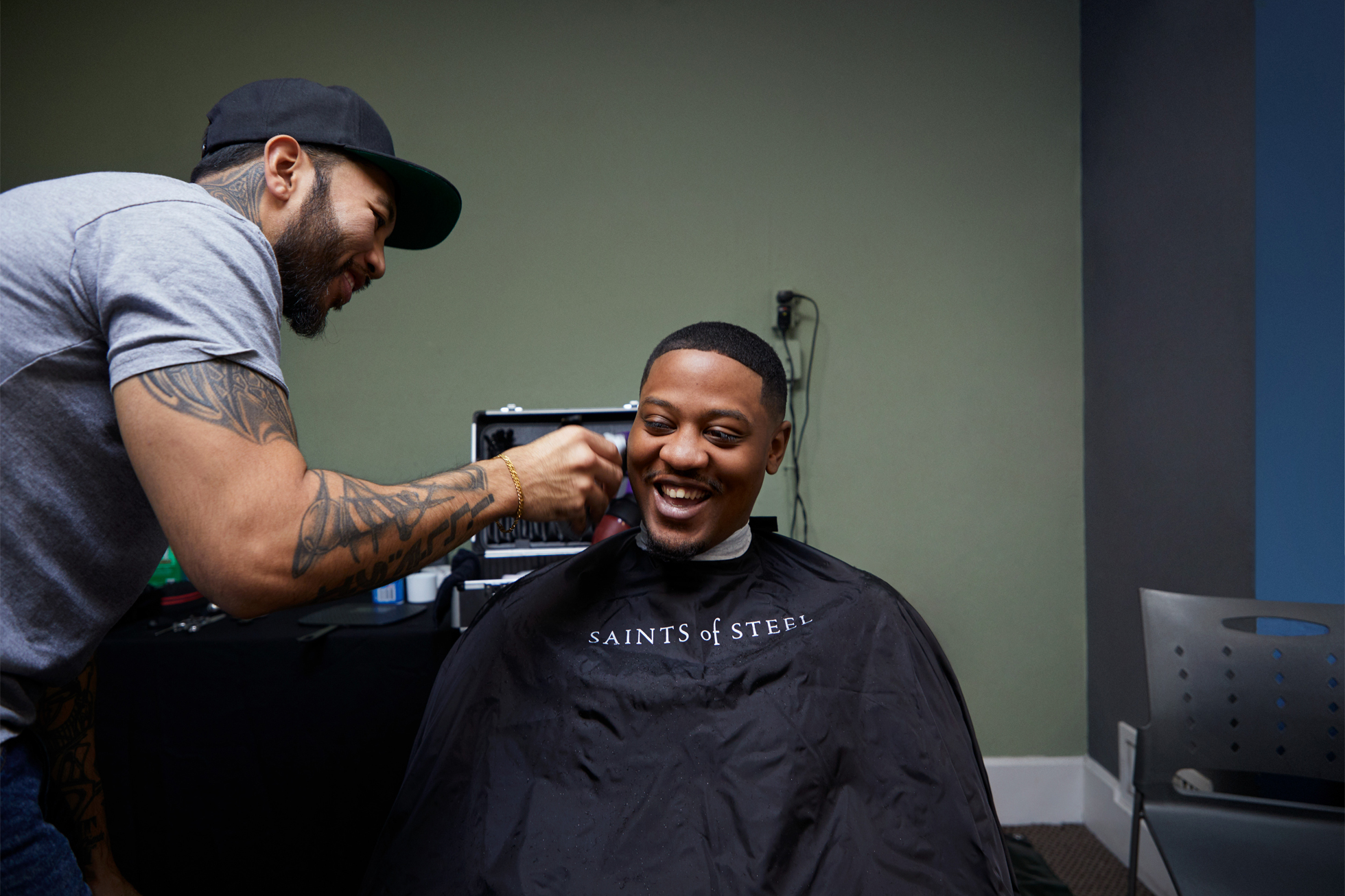 Within the first year of Saints of Steel launching, the nonprofit was almost completely funded by not only donations from Apple, but also from donations by volunteers.

Our board, when we first started, was primarily made up of Apple employees who just jumped in and rolled up their sleeves,” Limos says. “We saw the power of Benevity and the company match program, because it funded the majority of our ability to run this program.

The full press release shares a few different stories from those who have used the Saints of Steel nonprofit to help them get back on their feet in one way or another, and it’s absolutely worth a read.

People like Jackson, Holloway and Abbir remind Limos how easy it is to have a meaningful impact. Saints of Steel currently has volunteers across the US in San Francisco, Los Angeles, Hawaii, Las Vegas and New York, with 11 other cities raising their hands to join the organization. With the model set and proven over the last three years, Limos returned to Apple after another chance encounter, this time with a former manager who wanted her to come back in a new role.

Apple also highlights how impactful 2019 was in terms of charitable giving. The company says that roughly 21,000 employees volunteered their time, and donated upwards of $42 million to causes they care about. Combined with the company’s 1-for-1 donation and the $25 match per volunteer hour, Apple donated over $100 million to separate causes throughout last year.

We have a mission here at Apple to change the world for the better, and give back to the communities in which we live and work,” says Lisa Jackson, Apple’s vice president of Environment, Policy and Social Initiatives. “Apple employees like Jaz embody this culture of giving every day, volunteering over a quarter of a million hours last year. We share a deep commitment to our local communities and doing what we can to cause more good.

So, go check out the press release when you have the time and read how powerful a pop-up barber shop can be.