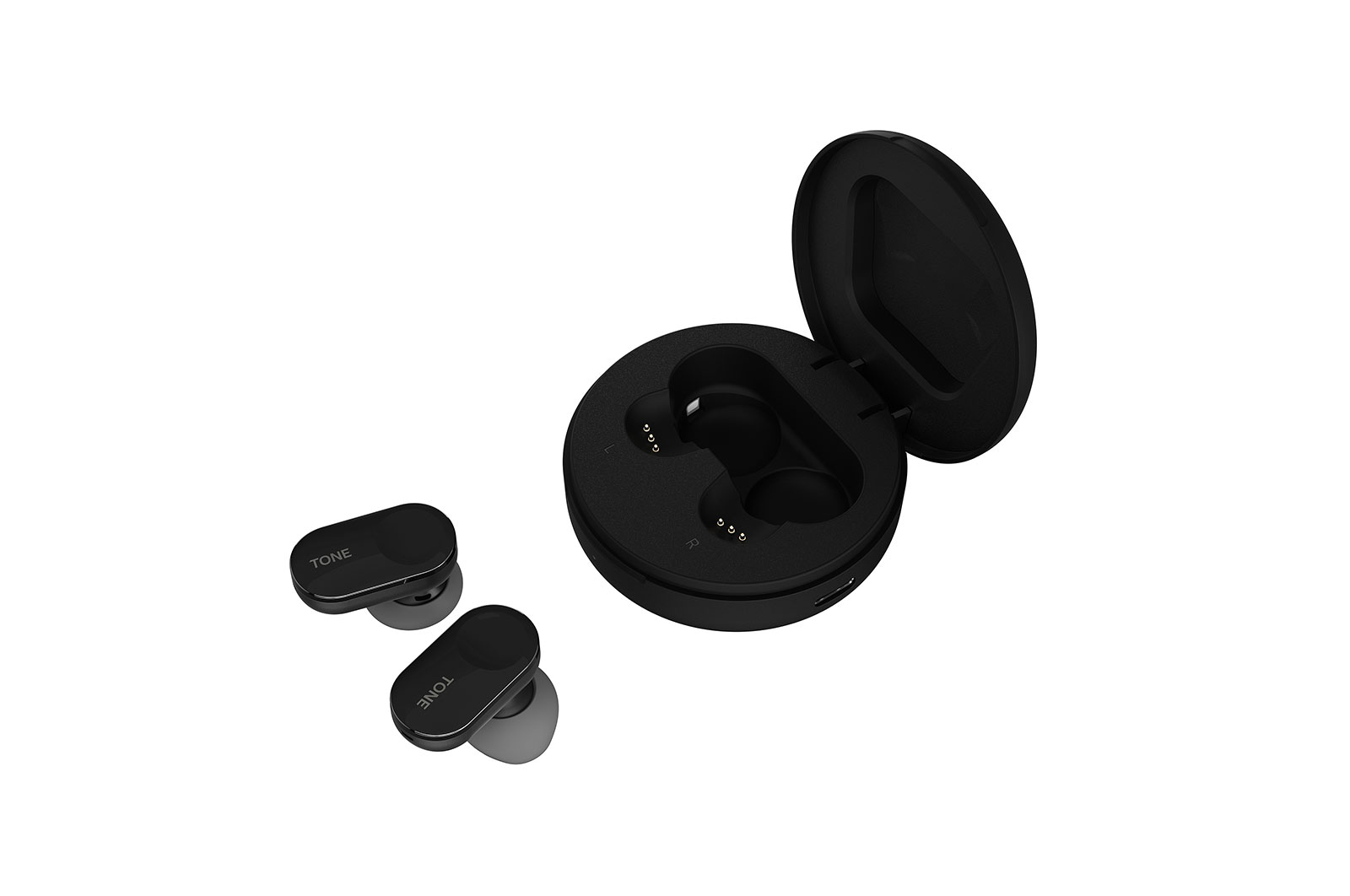 Back in October of last year, LG officially announced it was getting in on the truly wireless headphone game with the TONE Free earbuds, which launched in South Korea at the same time.

And now the truly wireless in-ear headphones are on sale in the United States, only available from LG’s website (via Engadget) right now. Additional retailers will start selling the newest truly wireless headphones on Saturday, January 11. The TONE Free feature touch controls for media playback, and also feature direct integration with Google’s Assistant. They are also IPX4-rated for water resistance.

One of the more interesting aspects of the TONE Free truly wireless earbuds is the charging case, which is billed as a “UVnano Charging Case” because it can use UV light to reduce bacteria on each earbud while they are charging.

LG is also leaning for a premium sound experience with Meridian Audio, which the company says will net the wearer “clear treble” and “rich bass”. The headphones come with three different earbuds size (small, medium, and large) for a comfortable fit. They also boast a semi-open design, which the Life’s Good crew says should make them comfortable to wear for extended periods of time.

LG’s TONE Free truly wireless headphones come only in black, and they’re available in the U.S. from LG’s website right now. You’ll need to fork over $200 to make them yours.

What do you think? Will you consider this option from LG?