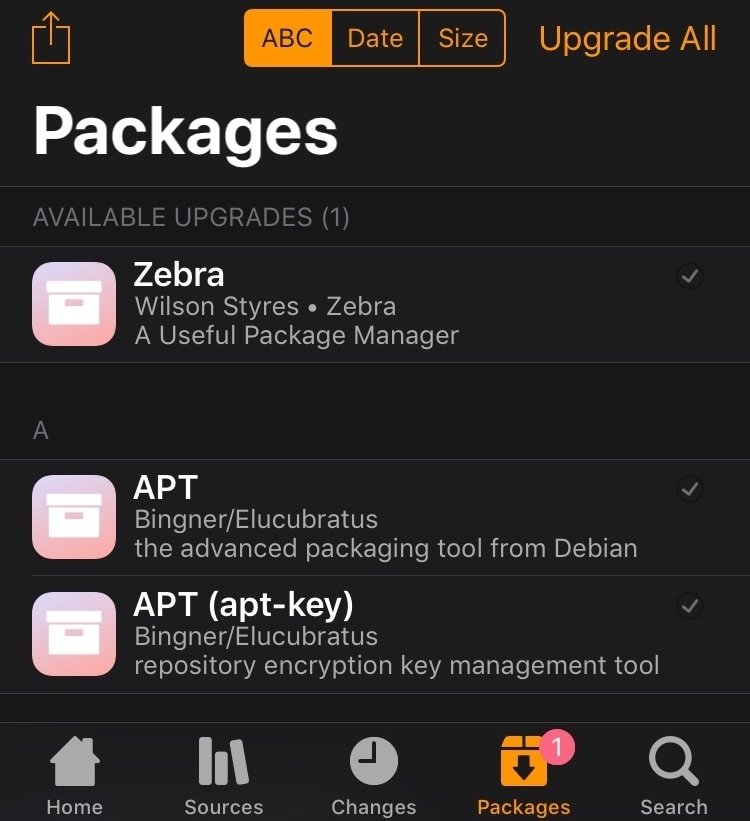 Following a somewhat weighty update to the young Zebra package manager for jailbroken devices Sunday afternoon, the software is out with yet another update, this time bringing Zebra up to version 1.0.4.

While the first update on Sunday crammed a plethora of bug fixes and improvements into Zebra, the second isn’t quite as jam-packed. The update is still recommended for all users, nonetheless.

Citing the change log published on the project’s official GitHub page, v1.0.4 addresses an issue that could cause the Zebra app to crash after a package is installed or removed by the user.

Existing users can now update to the newest version of Zebra by refreshing their sources and then visiting the Packages tab in Zebra or the Changes tab in Cydia.

If you aren’t already using Zebra, and you would like to give it a try, then you can follow the steps outline in our detailed tutorial for doing so.

Zebra offers several benefits over Cydia, such as native dark mode, the ability to customize the app icon out of the box, and a faster and more modern user interface. The advantage to Cydia, however, is that it’s tried and true all jailbroken versions of iOS, whereas Zebra only supports iOS 9 through 13 and is still rather young in its conception.

Has the latest update fixed any package installation problems for you? Discuss in the comments.