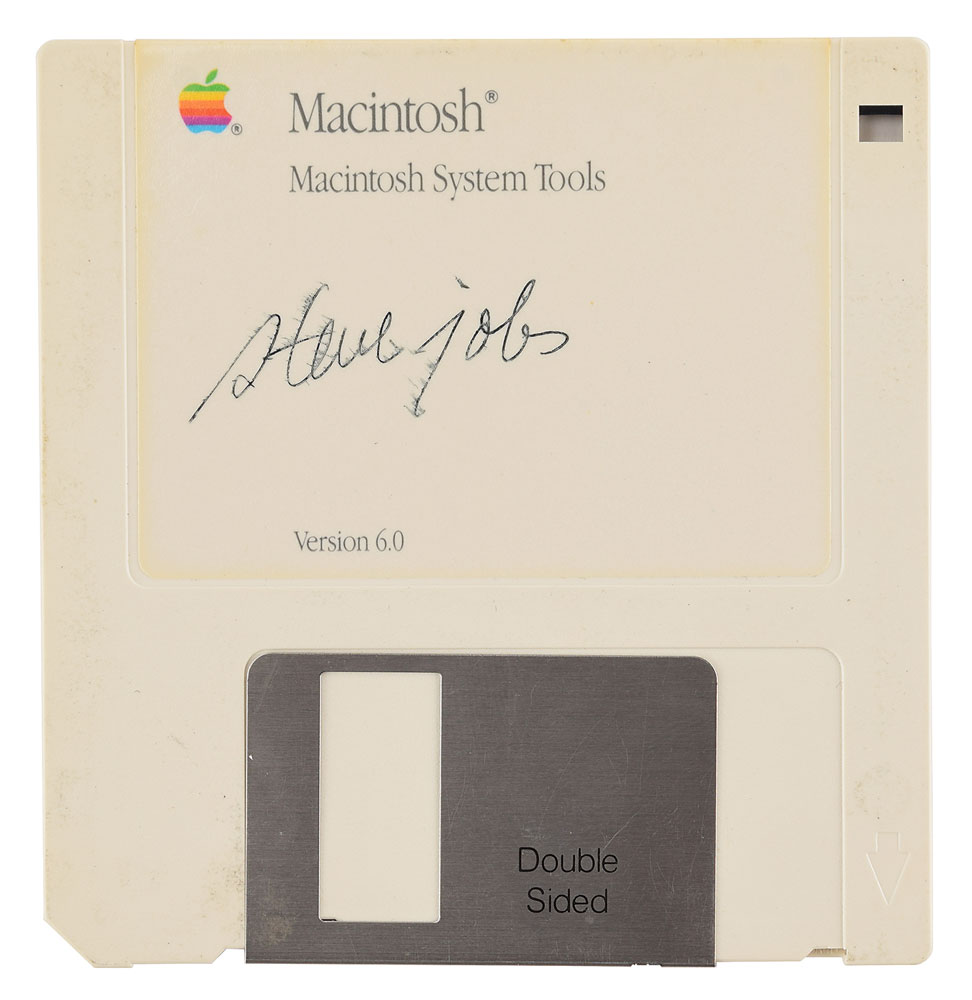 In late November we brought word that a Macintosh floppy disk signed by Steve Jobs was up for auction, with an estimated value of $7,500. The auction is now closed and the winning bid is just a bit higher than anticipated: $84,115.

Here’s how RR Auction, which facilitated the sale, described the item:

Macintosh System Tools Version 6.0 floppy disk, signed in black felt tip, “steve jobs.” In fine condition, with slight brushing to the ink. A hugely desirable format for Jobs’s seldom-seen autograph—known as a reluctant signer, he often declined to comply with the requests of collectors. As a piece of Apple’s iconic Mac OS software, boasting Jobs’s elegantly stylish lowercase signature, this is a museum-quality piece of computing history.

At the time of our first report, bidding was still less than $5,000. But clearly the item was worth a great deal to whoever finally put the winning bid together. Alas, no details are available on who ultimately paid the princely sum for this unique memento, or what they plan to do with it.

Do you think a floppy disk signed by Steve Jobs is worth $84K? Sound off in the comments.