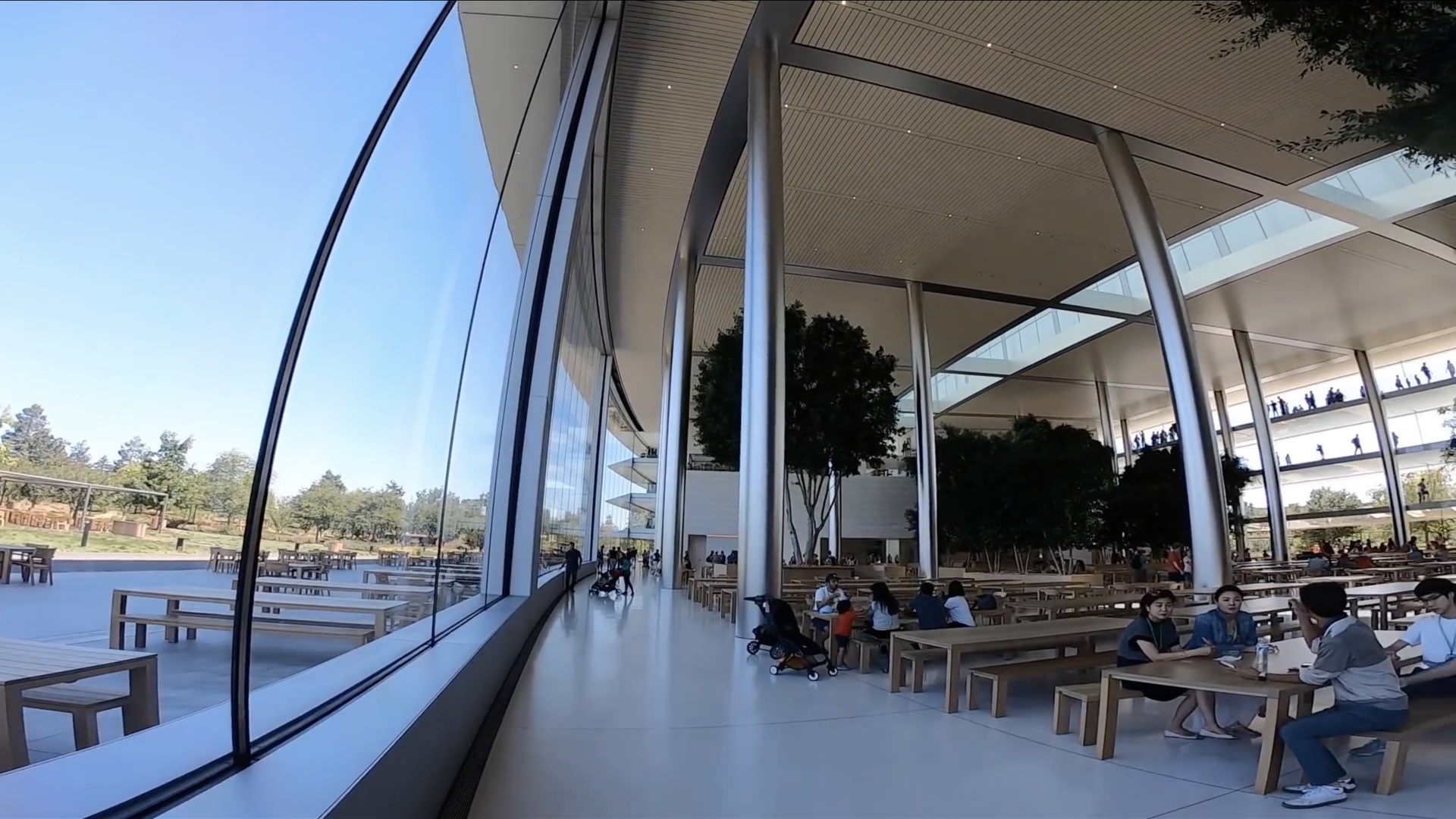 A curious video tour of the Apple Park headquarters by travel videographer Yongsung Kim shows off the non-public areas that are off limits to visitors, including things like a long corridor on the inner side of the ring-shaped building, a pond in the center and more.

Posted back in August, the video gained prominence this morning thanks to a tweet by Dave Mark, who is executive editor of The Loop. Aside from the non-public ares, the footage also shows off areas that anyone can visit, including an atrium restaurant, an on-site Apple Store which carries some interesting Apple merchandize and apparel, and more.

Apple’s famed headquarters, which cost it a whopping $5 billion, has a visitor center.

The majority of the areas of Apple Park are closed to the public, except for said visitor center and the Steve Jobs Theater, where press events are held, as noted by Business Insider.

How do you like this rare video tour of the Apple Park building?