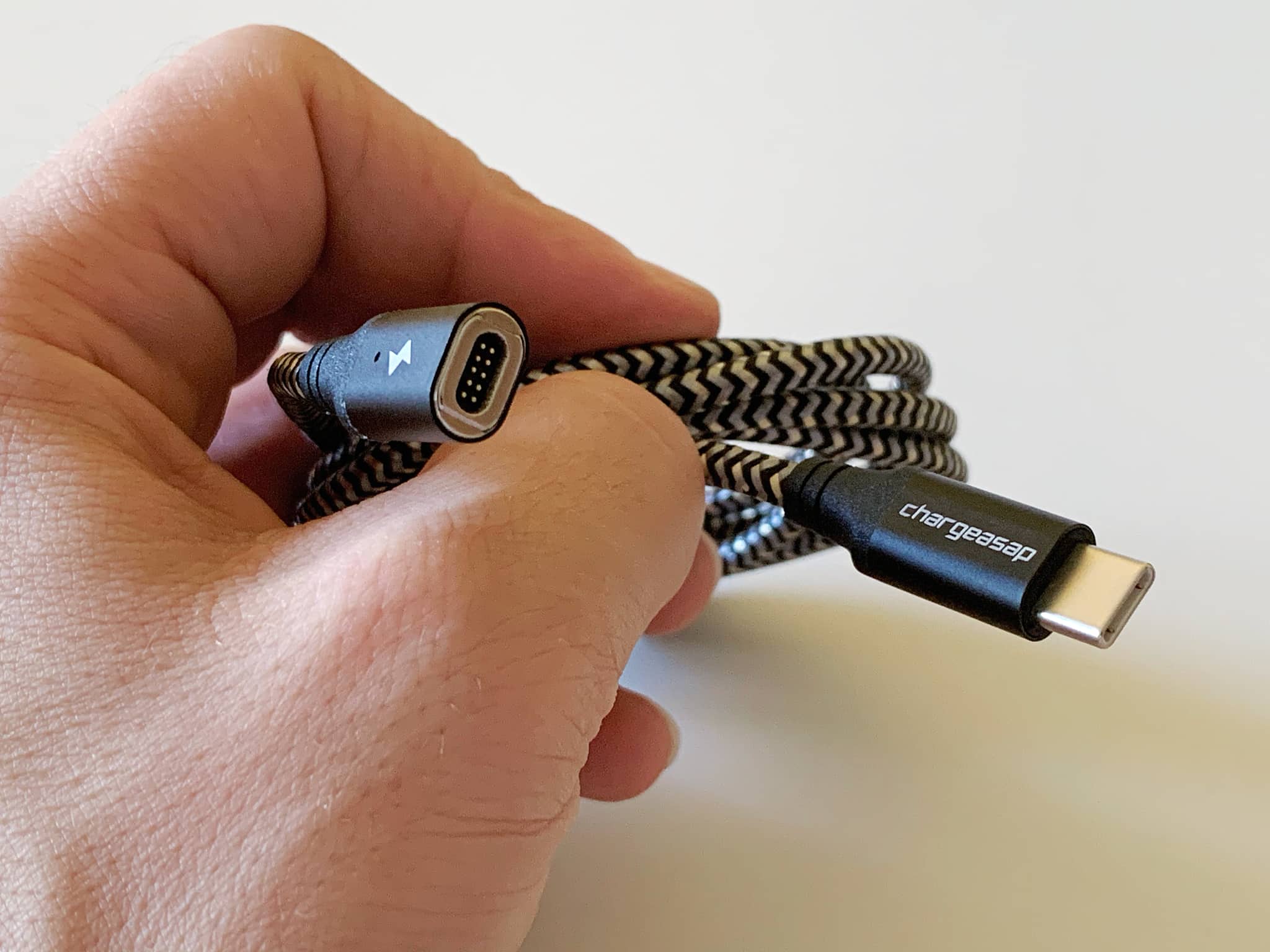 Chargeasap, a Sydney, Australia startup, recently launched their smart charging solution on Kickstarter. I’ve had a chance to spend some quality hands-on time with it ahead of launch.

We all carry multiple devices so how cool would it be if they came with standardized charging? Until that happens, we’ll be carrying a handful of different cables, or will we? 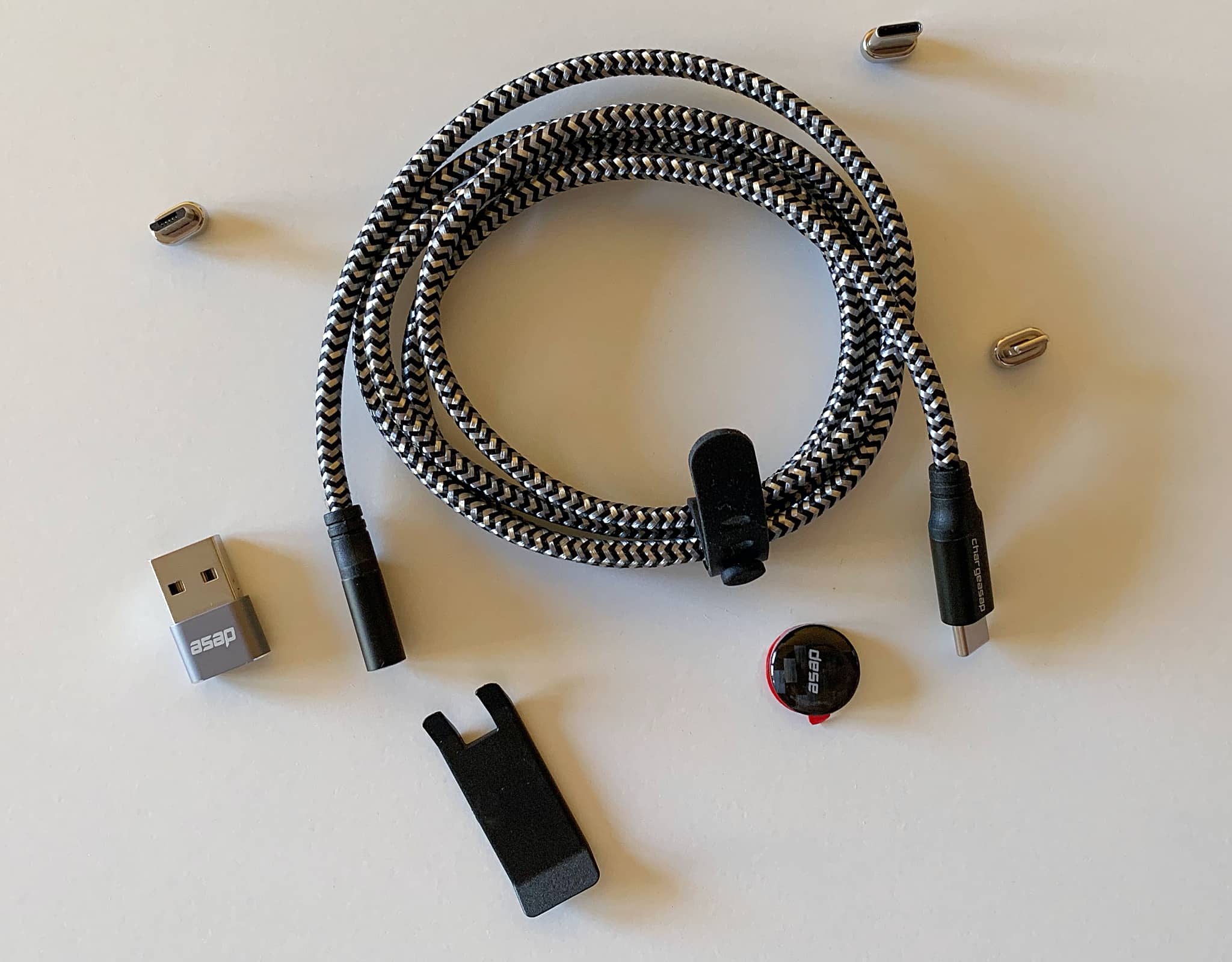 Enter Infinity, Chargeasap’s truly universal USB cable that can charge and sync micro USB, Lightning and USB-C phones, tablets and laptops with up to a hundred watts of power.

And because it’s Power Delivery-compatible for USB-C up to 100W, the nylon cable can charge the most power-hungry devices like the 15-inch MacBook Pro, which requires Apple’s strongest power adapter yet, rated at 87 watts of power.

Thanks to support for the USB Power Delivery protocol, this cable supports the fast charge option that gets your device from dead to fifty percent when connected to an 18-watt or stronger USB-C adapter.

TUTORIAL: How to fast-charge iPhone and iPad

Aside from Power Delivery support, the USB-C end of the cable which plugs into a power source is also compatible with Qualcomm’s QuickCharge 3.0 and QuickCharge 4.0 protocols. This lets it fast-charge Android devices as well, not just the iOS gear.

In terms of data speed, the Infinity cable supports two-way USB 2.0 data transfer at 480 Mbps between any USB devices. USB 3.0 and higher data transfer speeds are not supported.

The magic of magnets

The other end of the cable takes advantage of a reversible magnetic connection.

The cable head connects to one of the tiny magnetic tips that have micro USB, Lightning or USB-C on their end. The tips are just 10mm wide, allowing them to fit perfectly into all Apple and Android devices and over a hundred phone cases.

Thanks to the magnets having their polarity perfectly positioned, the cable connects correctly every time, even if the tip is flipped 180 degrees, which is awesome.

The cable takes advantage of a pair of really strong magnets. They’re using N52 grade neodymium magnets, the world’s strongest commercial grade magnets, which permit the cable to securely hold an iPad Air, which weighs in at 437 grams (0.96 pounds).

Aside from a stronger connection, the magnets allow for longer lifespan and heavier cables.

The Infinity cable is going on sale soon following its successful Kickstarter campaign.

Now, we don’t usually review Kickstarter projects until they’re shipped, but Chargeasap is a well-known name in the Apple community. They’re behind five successful crowdfunding campaigns such as UNO and X-Connect, the latter being the world’s most crowdfunded cable.

Of course, the magic of the Infinity cable lies in its creative use of hyper strong magnets. As a result, the ingenious solution takes the concept of charging upside down.

Rather than use a different cable for each device, I just plug a Lightning tip into my iPhone (or a USB-C tip into my iPad Pro or a micro-USB tip into my Android). From there, I connect the Infinity cable’s head to the similar end on the magnetic tip. Of course, you can buy as many of magnetic tips separately as you need.

The Infinity cable also features a handy blue LED letting you can see at a glance when your device is being charged. The cable reminds me of MagSafe, Apple’s magnetic power connector used on older Mac notebooks before they adopted USB-C on notebooks beginning with the one-port 2015 MacBook model.

For those who already have a strong USB-C charger, the Infinity cable is the perfect, elegant charging solution that doesn’t require fumbling around to connect devices.

The Infinity cable is available from Kickstarter until November 17. Shipping will start in February 2020. Pledges start from $30/£25 for one one cable with a single magnet of your choosing (Lighting, micro-USB or USB-C), with extra tips available for $10/£8.

What are your feelings on this cable?

Let us know by posting your thoughts in the commenting section down below.