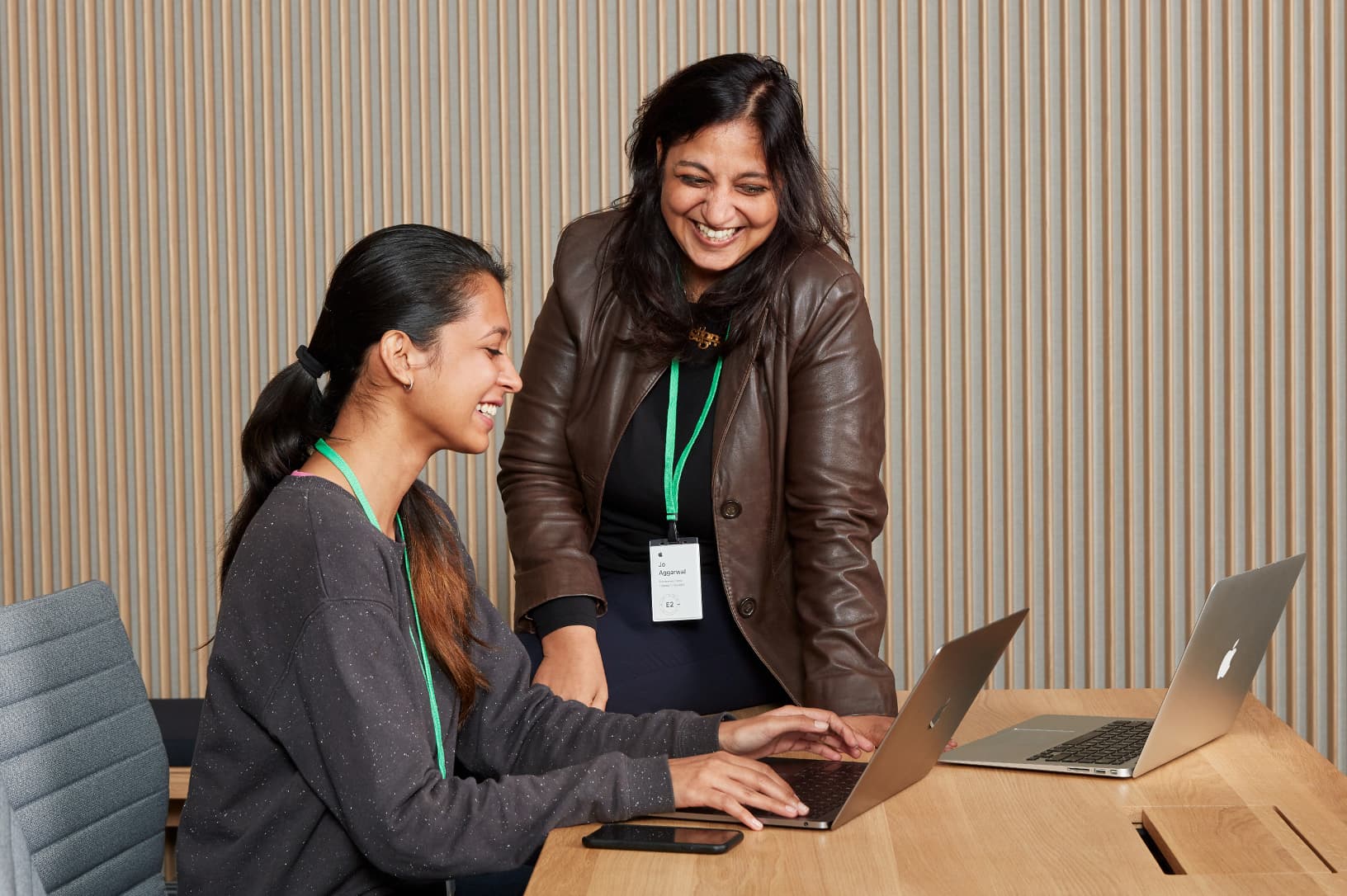 Female leadership in Silicon Valley is a hot topic, and has been for years. But Apple, which is primarily led by men, is trying to help change the landscape for the years ahead with its Entrepreneur Camp.

And today marks the end of the program’s first year, which Apple is highlighting today. The entire program is designed to help female entrepreneurs develop applications (which will ultimately get released within the App Store). The program consists of several different sessions along the way, including one-on-one guidance from Apple employees, hands-on technology labs, ongoing support, and much more.

Today marks the completion of Apple Entrepreneur Camp’s first year with its fourth cohort of 2019. Apple Entrepreneur Camp is specifically designed for organizations founded and led by women, and dedicated to helping entrepreneurs as they work on the next generation of cutting-edge apps. The camp offers a hands-on technology lab, one-on-one code-level guidance from Apple experts and engineers as well as mentorship, inspiration and insights from top Apple leaders. After the lab concludes, participants get ongoing support and become part of a growing community of exceptional alumni who can help create and build businesses.

100 innovators were part of the program’s first year, with female leaders and their teams from 42 different companies participating. The program touched on several different elements over the course of its first year, including machine learning, augmented reality (AR), app development and design, and even tips on public relations and marketing for attendees who were interested in that.

I’m in awe of the passion and drive of our first year of Entrepreneur Camp innovators. They are using apps to impact peoples’ lives and solve problems, from building connections for underrepresented groups in tech to making solar power affordable and giving people tools to improve mental health,” said Esther Hare, Apple’s senior director of Worldwide Developer Marketing and executive sponsor of Women@Apple. “It’s great to hear incredible women leaders telling us their experience at Camp has helped them make their apps even better, and given them the confidence and the tools to build new connections, form support networks and raise rounds of venture capital. And we’re just getting started.

The press release today also includes brief profiles of some of the participants. That includes sisters Jhanvi and Ketaki Shriram. They founded an AR app called Krikey which “bridges the natural and digital worlds to inspire a sense of empathy that helps people feel closer to nature”.

For the sisters, it was all about the help they could get from the camp, but also a sense of companionship with the others taking part in the sessions.

It’s about potential versus proof,” says Jhanvi Shriram, CEO of Krikey, Inc. “Often, as women we are asked to constantly prove ourselves and defend our achievements even if we’ve earned a Ph.D. or MBA. The Apple Entrepreneur Camp was really a place where we were truly supported, and seen for our potential.

Apple says that it’s already moving ahead with the next cohort of the program. It will kick off on January 28, 2020, and run until February 5, 2020. New applications will be accepted until November 15, 2019. If you’re interested in applying, you can do so right here.

This is a big deal across the board, as female representation is strikingly slim in Silicon Valley (and in plenty of other markets), and not just in leadership roles. However, Apple has launched a program that can hopefully boost those numbers and see more female entrepreneurs taking charge of bigger and bigger companies.

Still, it will take some time. As noted by Jhanvi Shriram, it’s a constant battle for many women who try to find a place at the top of a major corporation, or even a small one for that matter. Apple can only do so much in this regard, and it will take a pretty seismic shift for these views –where women have to constantly defend their achievements– to change.