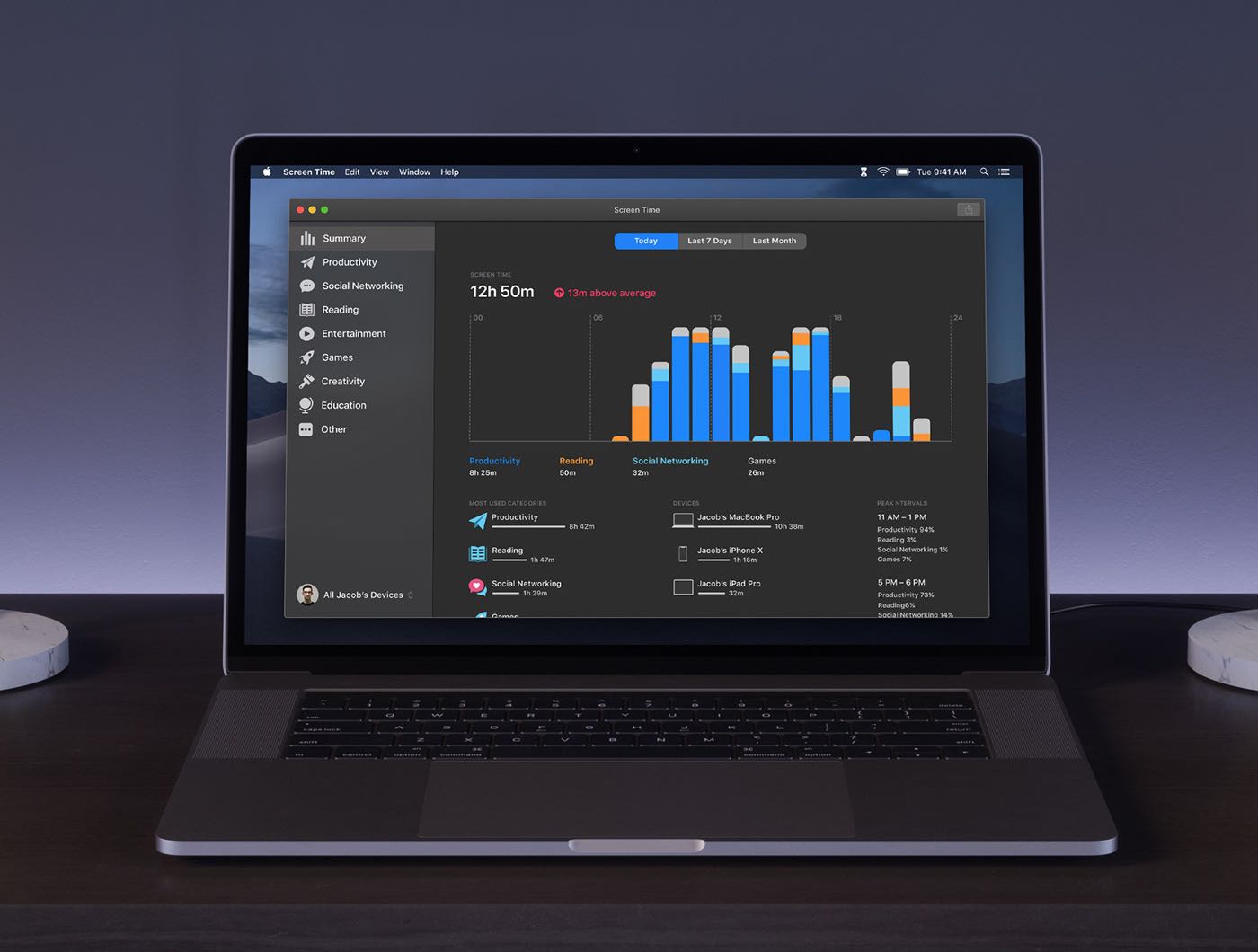 A year after bringing out Screen Time for iPhone and iPad Apple has added this handy feature to the Mac with the latest macOS Catalina 10.15 update. Too bad it‘s not working correctly.

With Screen Time, you can see your app usage, pickups, how many notifications you’re inundated with and other stats that help you take control of your smartphone addiction.

Kirk McElhearn says the main issue seems to be that Screen Time for Mac displays how long apps are open rather than actually showing which apps are frontmost when you work.

I keep a number of apps open all the time: Mail, Messages, Fantastical, OmniFocus, Music and a few others. So counting them as actual screen time makes no sense. In the above example, all these apps were open all day — obviously, the Finder is always open — so the data is essentially useless.

Is this a bug or a feature?

Assuming it’s a bug, this has got to be one of the oddest and stupidest software errors I’ve seen in my life. If it’s actually how Apple thinks the feature should report actual screen time on the Mac, then they need to get back to the drawing board and rethink this as soon as possible.

I can’t see the point of this feature on the Mac other than as a parental control. It seems like Apple just copied the design of iOS’s Screen Time without considering any of the many ways that the Mac is different from iOS.

As Kirk himself writes, Screen Time should only record that time when apps are frontmost.

Meanwhile, Gruber suggests that folks who’d like to know how much time they’re spending using specific Mac apps check out third-party utilities such as Timing and Time Sink.

TUTORIAL: How to use Screen Time on your Mac

What are your thoughts on Screen Time for Mac? Do you use Screen Time on your computer and if so, have you encountered the above issues in your daily Mac usage?

Let us know what you think in the commenting section right ahead.