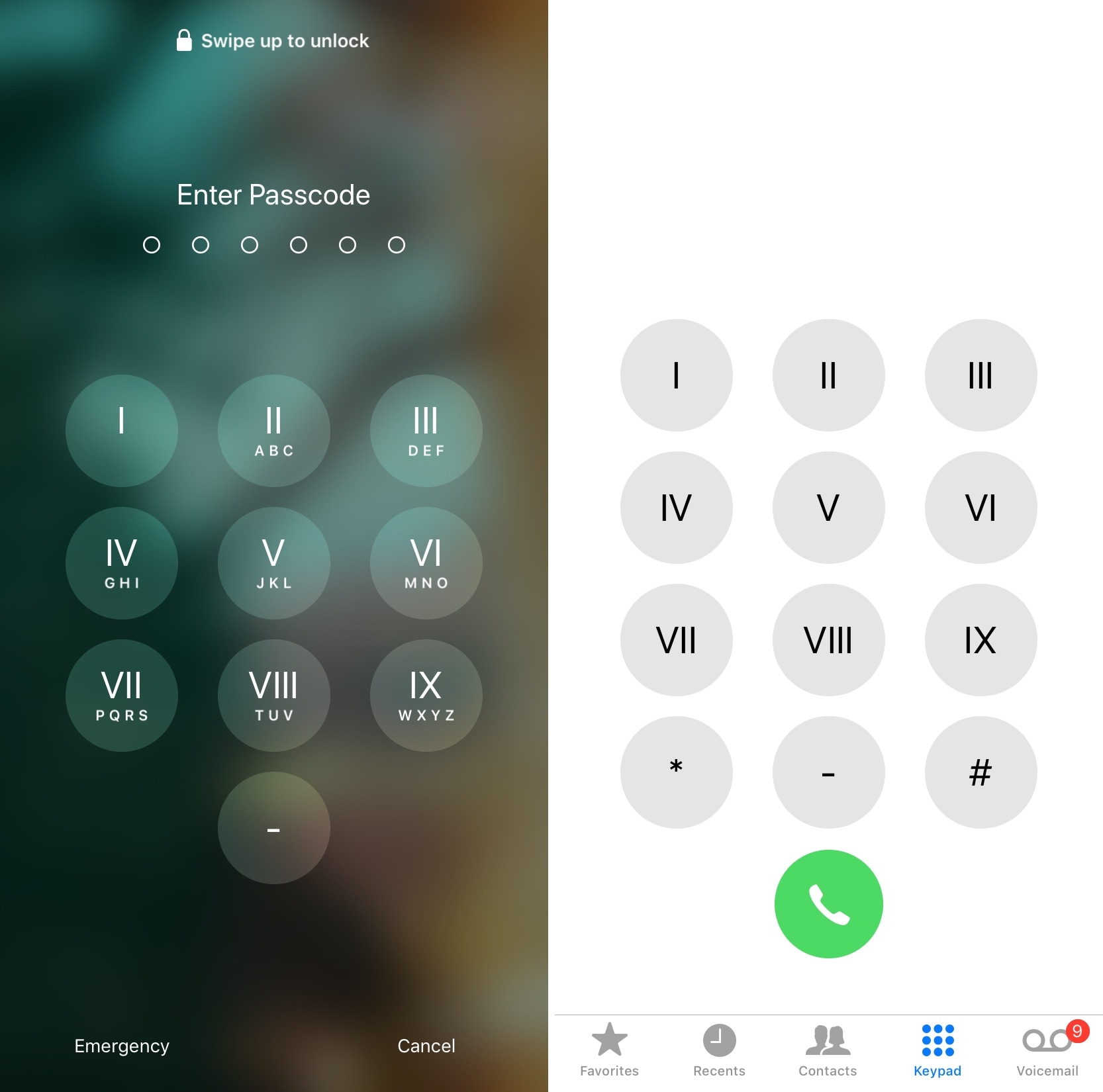 Roman numerals appear to be making a comeback in popularity, and for those who demand classiness from everything they touch, that’s not necessarily a bad thing.

Just last week, we showed you a jailbreak tweak that adjusted the Status Bar time to appear as roman numerals instead of standard numbers. But with a newly released and free add-on called RomanPad (Beta) by iOS developer Simalary, you can enjoy a similar experience on any number pad in iOS, including the passcode entry screen and the Phone app’s dial pad.

Shown above are a couple examples of RomanPad at work. As you’ll notice, the tweak maintains Apple’s native design aesthetic while replacing all number manifestations with roman numerals instead.

Another thing you might’ve happened to perceive is that the number pad continues to display the small letter legends at the bottom of each key, and we like this a lot.

After installing RomanPad, you’ll find a dedicated preference pane in the Settings app where you can configure the tweak to your liking: 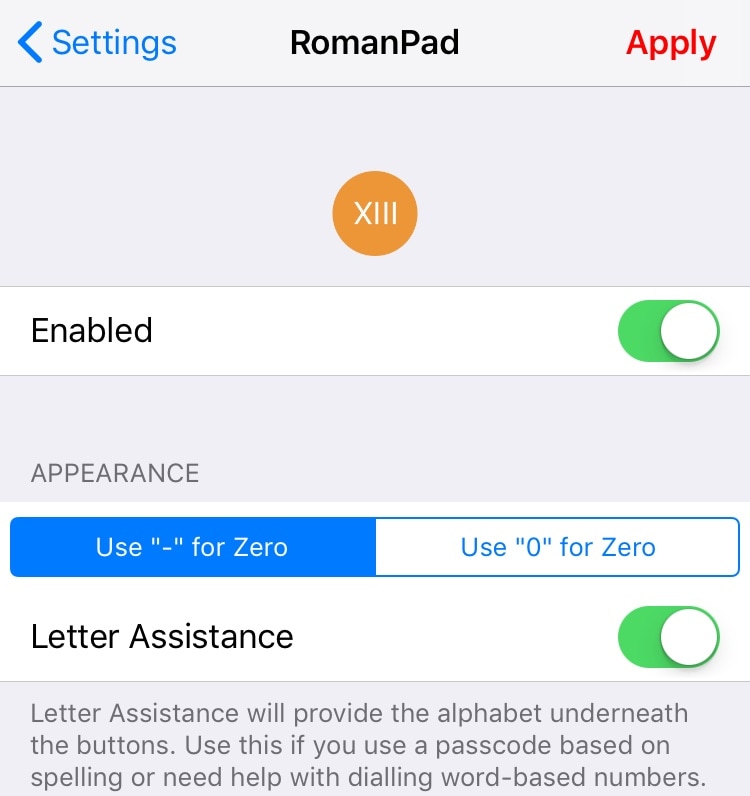 After making changes, you’ll want to tap on the red Apply button at the top right of the preference pane to make sure those changes take effect.

RomanPad is currently in its beta stages at the time of this writing, and so you might experience a few hiccups here and there. That aside, it’s a great way to make your handset look classier, and perhaps even baffle a potential troublemaker that doesn’t understand roman numerals.

If you’d like to give RomanPad (Beta) a try, then you can snag it free of cost from the Packix repository in Cydia or Sileo. The tweak supports jailbroken iOS 11 and 12 devices.

Do you think these interfaces look better or worse with roman numerals instead of numbers? Discuss in the comments section below.