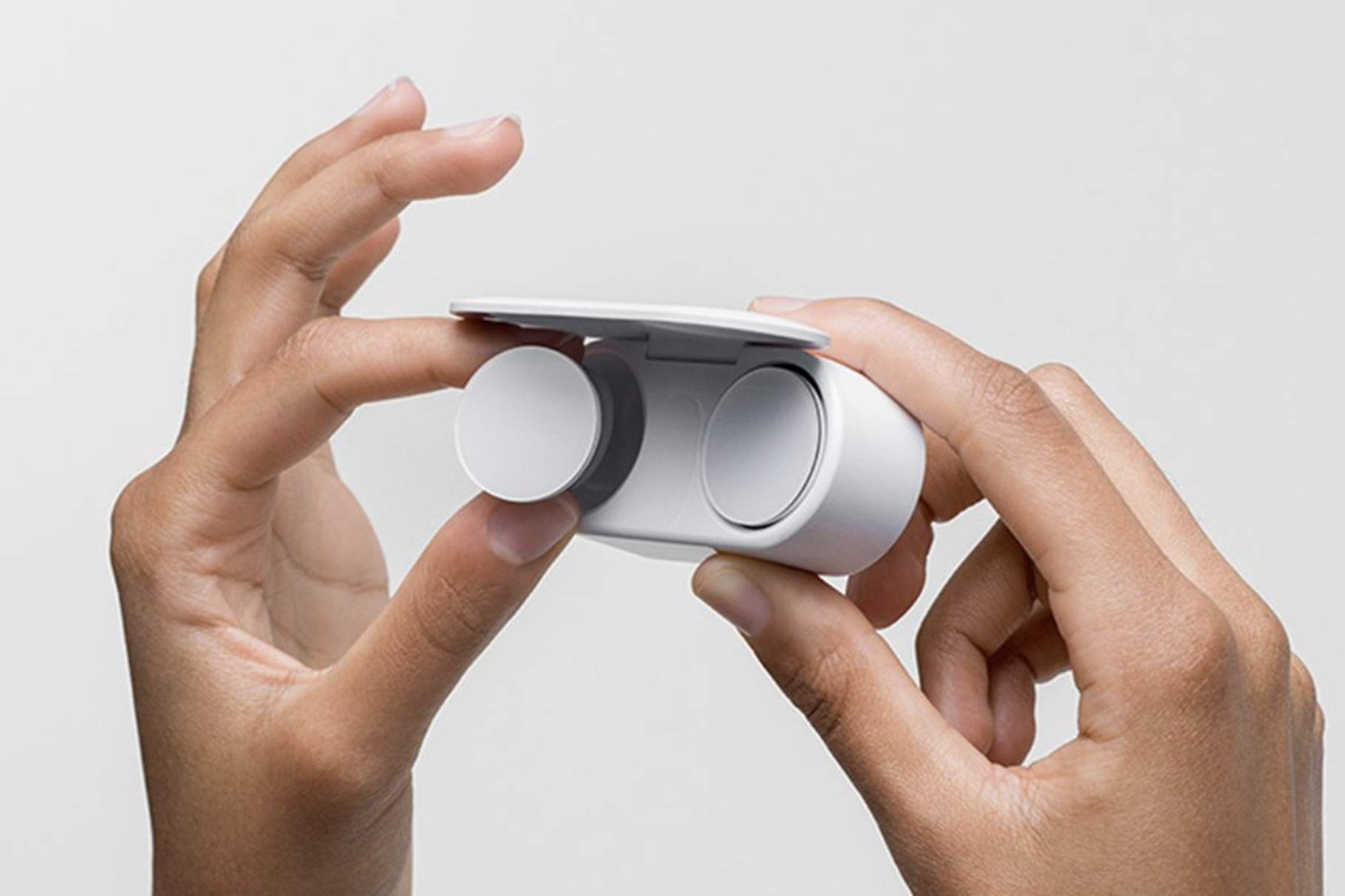 Apple’s AirPods are wildly popular, even beyond just iPhone users, so it makes sense that other companies would want in on that action. Enter Microsoft’s direct competitor to Apple’s truly wireless headphones.

Microsoft isn’t a complete stranger to wireless headphones, of course. The company announced its over-the-ear Surface Headphones in 2018, which have been a popular option for the company. But this is the first pair of in-ear truly wireless headphones from Microsoft, which means Microsoft is going to try to eat up some of Apple’s market domination.

First and foremost, these don’t look like the majority of in-ear headphones out there. They definitely don’t look like AirPods. That will probably help Microsoft stand out, and probably get people talking about the headphones when they’re seen out in the real world.

According to Microsoft (via The Verge), the Surface Earbuds will launch “later this year”, and, when they do, they will be priced at $249. That’s a significant chunk of change compared to the AirPods, even with the wireless charging case.

However, to help justify that price tag Microsoft is shoving in the features. They have slight noise reduction while speaking into them, thanks to a pair of microphones in each wireless earbud. With the battery case, Microsoft says you can get 24 hours of battery life with the Surface Earbuds as well.

Tap controls on the headphones themselves will control media playback and access digital assistants. However, the Surface Earbuds have another trick, too, even if it is just for Android users:

On Android, with a few simple taps, you can open Spotify, and it will start to play the right music for you in that moment. There’s no screen required,” said Microsoft’s Robin Seiler. The Surface Earbuds also include integration with Microsoft Office, allowing for features like real-time captions during presentations and the ability to move through PowerPoint slides with a swipe of the touch area

Microsoft is even billing these as a perfect accessory for the office, and based on the features mentioned above that certainly makes sense. And with “all-day comfort”, maybe the company can sway potential buyers that don’t plan on being in the office all day, too.

What do you think of the Surface Earbuds?