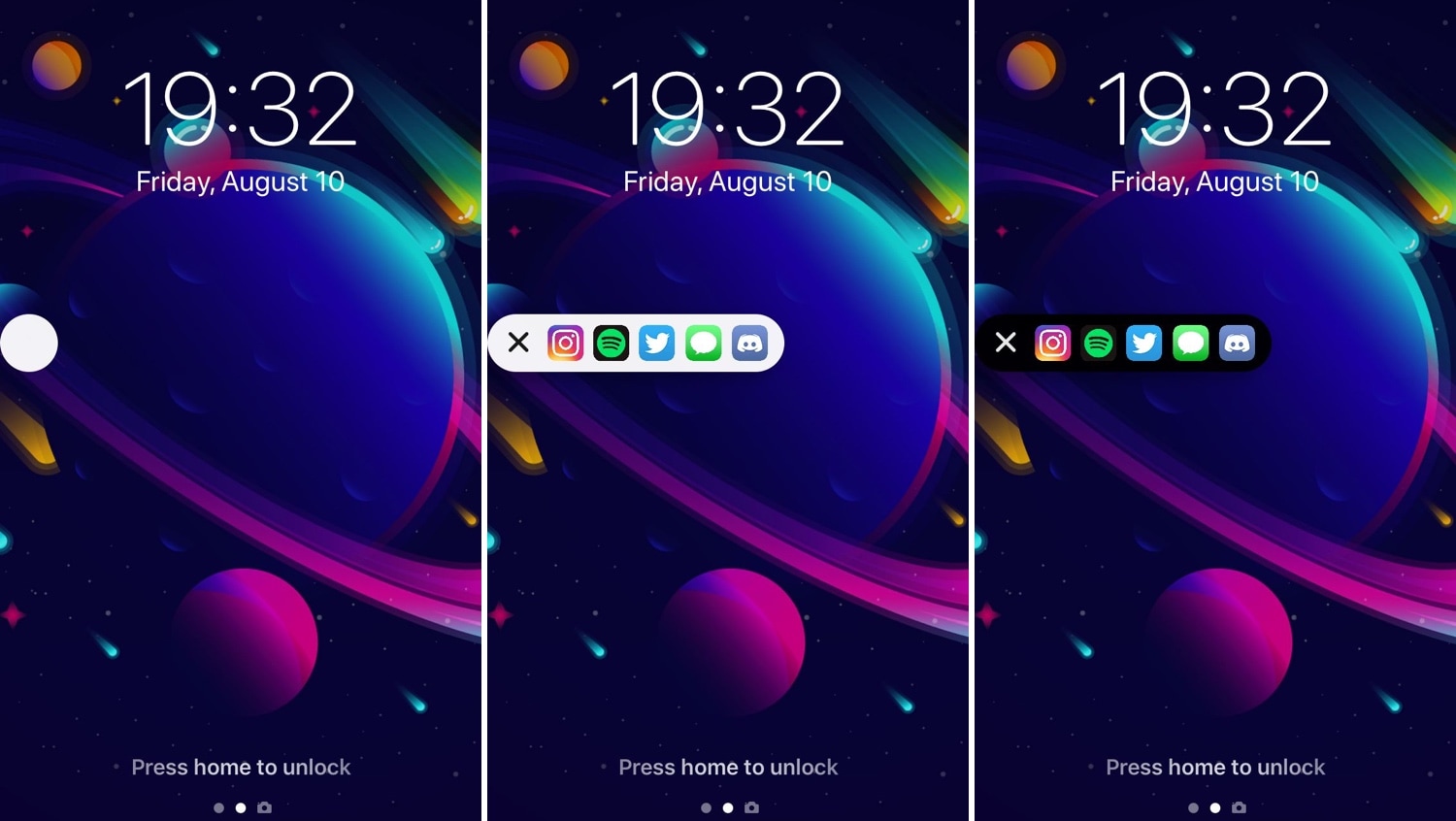 As shown in the screenshot examples above, AppShortcut is precisely what you’d expect it to be: an app launcher that provides faster access to some of your favorite applications. The interface appears everywhere in iOS and can be collapsed or expanded depending on your needs at any particular time. Additionally, AppShortcut supports both dark and light UI modes.

Once installed, you’ll find a dedicated preference pane in the Settings app where you can configure AppShortcut to your liking: 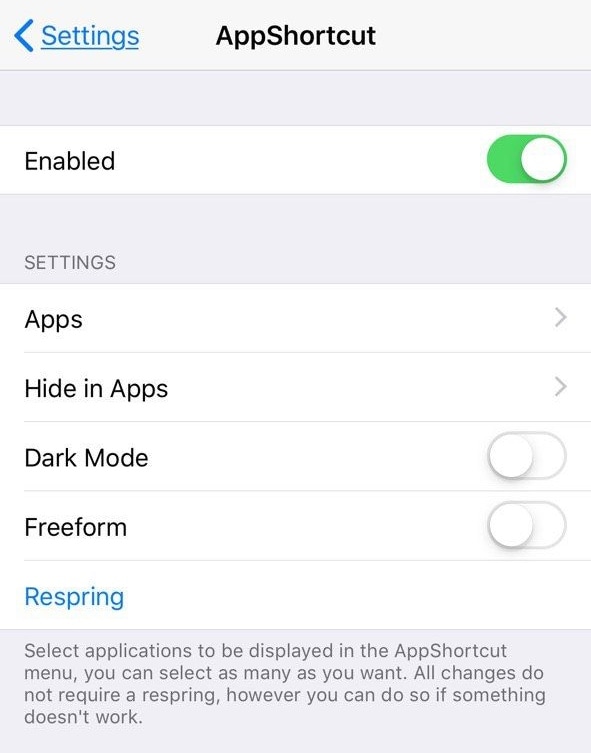 The developer provides a Respring button at the bottom of the preference pane for your convenience. You’ll want to use this after configuring AppShortcut to ensure that your changes take effect.

If having an always-visible application launcher sounds like it could come in handy, then you can download AppShortcut from the Packix repository in Cydia or Sileo for $1.99. Understandably, that price may seem somewhat steep for this type of tweak.

AppShortcut is compatible with all jailbroken devices running iOS 12.0-12.4.

Do you like what AppShortcut brings to the table, or would you expect a bit more for the asking price? Discuss in the comments section below.