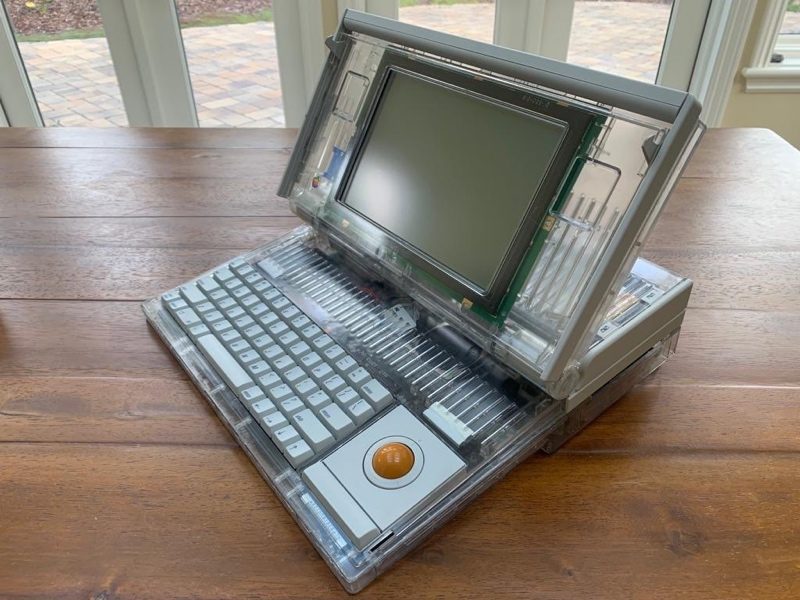 It has been many, many years since the Macintosh Portable saw the light of day, so let’s take a look back at something even earlier than that: a prototype of the device.

The fine folks over at Sonny Dickson’s website sent some photos of a prototype Macintosh Portable M5120 to MacRumors, and they were kind enough to share the images with the world. This is an early build of the device that would eventually launch to the public in the late 1980s, so it’s awesome to see it in this way.

As you can tell, this case features a clear plastic material casing, a change of pace form the beige casing that would be present on the public build. Apparently there are only six of these devices that exist, so it makes the images here even more rare and pretty great. 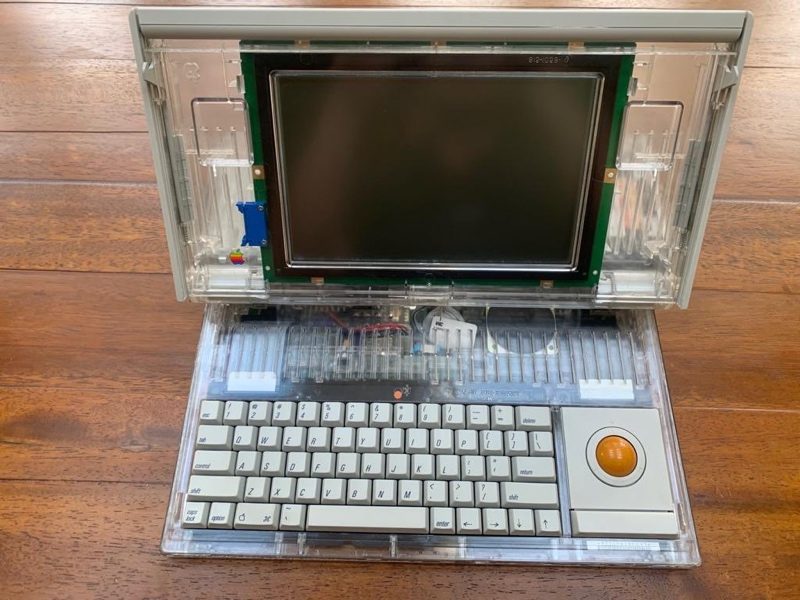 When the Macintosh Portable launched, it weighed 16 pounds (which was still lighter than most computers at the time), and it cost over $7,000. It was the first Mac powered by a battery, which could power the device for up to 10 hours.

There are no screws in the Macintosh Portable and it was designed to be taken apart with just the hands, a feat not possible with current laptop computers. It featured a 9.8-inch black and white active matrix LCD display, 9MB SRAM, a 1.44MB floppy disk drive, a typewriter-style keyboard, and a trackball setup that allowed the trackball to be positioned at either the left or the right.

When not being used, owners of the Macintosh Portable could fold the display down over the keyboard. There is even a built-in handle to help carry the “portable computer” around. 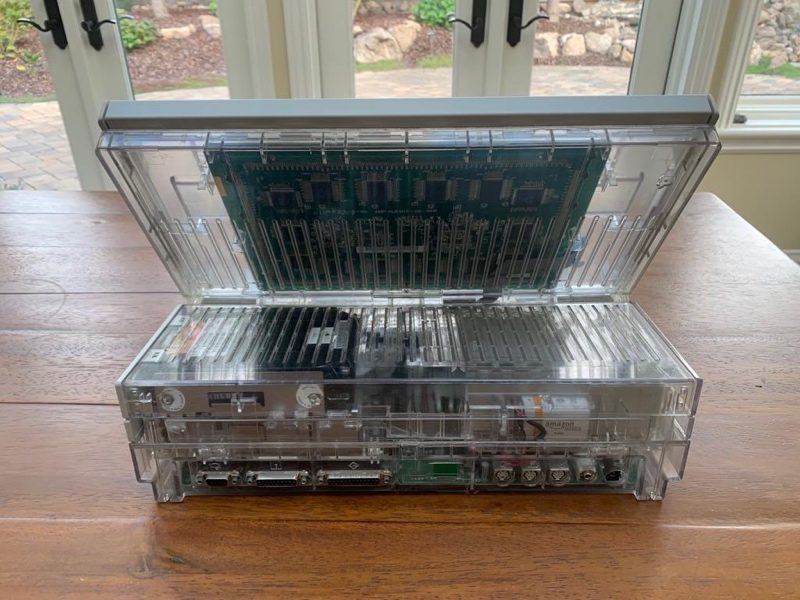 With the demise of the Macintosh Portable, Apple shifted gears and we got the first PowerBook.

These images are pretty fantastic, especially as a look back at what Apple used to create. Do you know anyone who ever owned a Macintosh Portable?