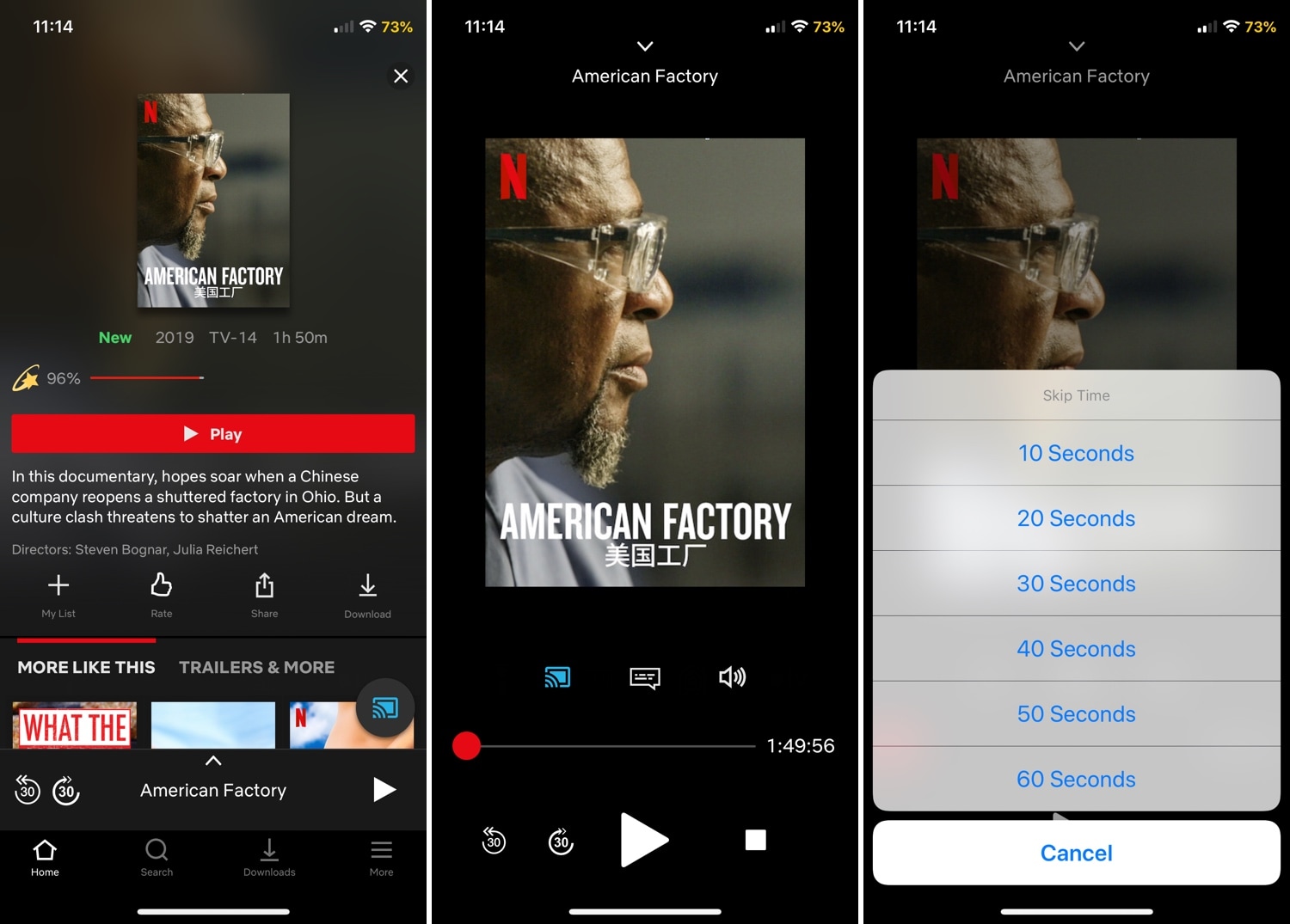 If you’re a cable-cutter or you simply enjoy having access to a massive library of movies and TV shows, then you probably have a subscription to Netflix. The Netflix app for iOS is particularly intuitive, but that doesn’t mean it couldn’t do with some improvements.

Enter FlixRatings for Netflix, a newly released jailbreak tweak by iOS developer Joshua Seltzer that augments Netflix’s in-app rating system and integrates a legacy forward skip feature for those who miss how it used to work in a previous version of the app.

Without a doubt, the spotlight feature of FlixRatings for Netflix is the augmented in-app rating system. According to the developer, the tweak pulls its information from a popular website tailored around user and critic reviews for filmography and displays it right underneath the title of the media as it’s being viewed by Netflix app users.

Here’s a snippet from the tweak’s package depiction:

The rating is shown by either a percentage and/or meter, accompanied by an appropriate emoji. The ability to enabled or disable the rating percentage and/or meter can be configured directly within the settings inside the Netflix application. A “star” emoji is given out only to films (i.e. it will not be shown for TV shows). This type of emoji is given out to films which have:

As a bonus, FlixRatings brings a legacy forward skip feature back to the Netflix app, enabling users to skip ahead by predetermined intervals. Right out of the box, it supports 10, 20, 30, 40, 50 and 60-second intervals.

Here’s a video demonstration of the tweak in action:

Once you’ve installed FlixRatings for Netflix, you’ll find some new preferences in the Netflix app itself: 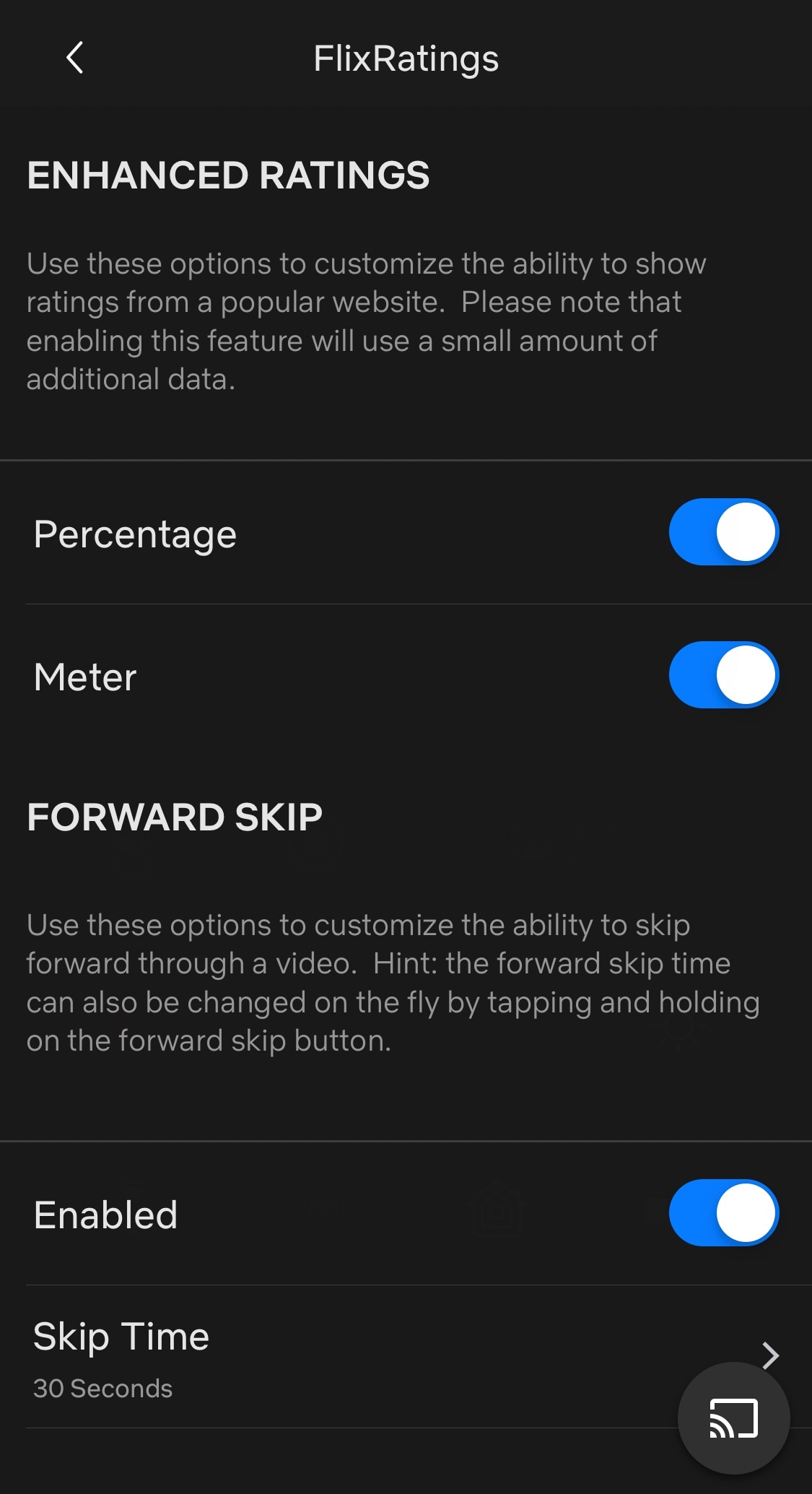 From what we can gather, FlixRatings for Netflix is a rewritten and rebranded version of the popular FlixEnhancer tweak from several years ago, and it’s clear to us that the developer has spent a lot of time polishing his work.

Those interested in trying FlixRatings for Netflix can purchase it from the Packix repository in Cydia or Sileo for $0.99, and it works with all jailbroken iOS 8, 9, 10, 11, and 12 devices running Netflix version 9.x.x, 10.x.x, and 11.x.x. Future updates could break the tweak, but the developer promises to continue support for as long as he can.

Have you upgraded your Netflix experience with FlixRatings for Netflix yet? Discuss why or why not in the comments section below.