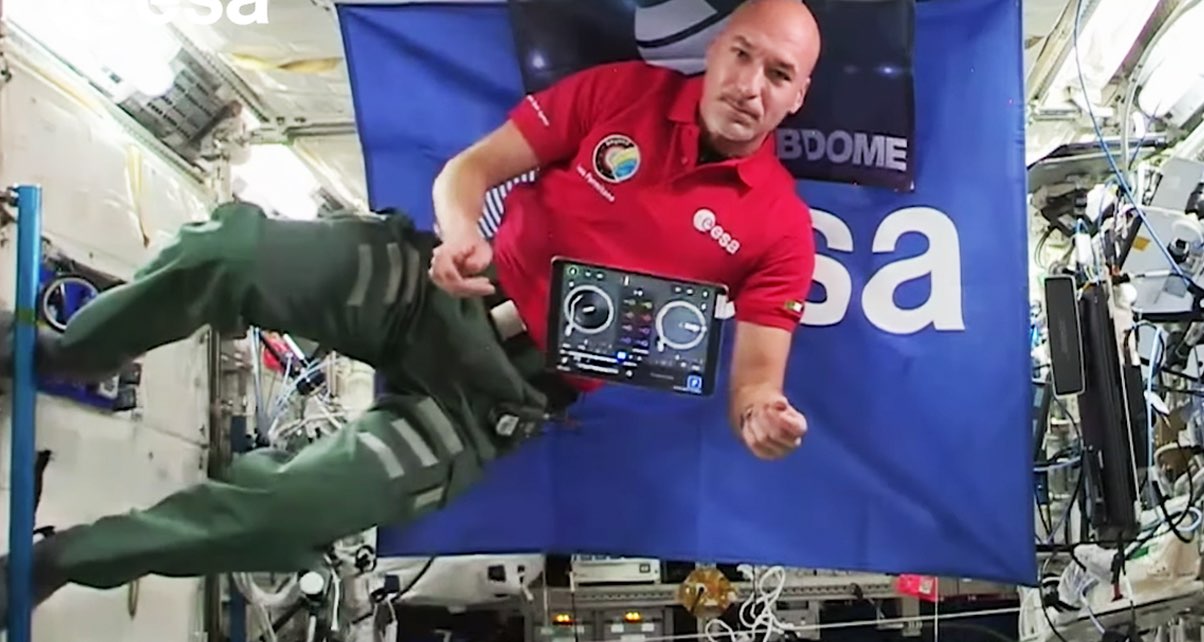 Digital DJ Tips recently reported that 50 years after the first moon landing, a European astronaut aboard the International Space Station has successfully performed the first DJ set ever from space with Algoriddim’s top-rated djay app running on an iPad.

According to BBC, Italian astronaut Luca Parmitano played a set from the International Space Station to a cruise ship of clubbers in the Mediterranean Sea. As noted by The Loop, the velcro on the back of the astronaut’s iPad is used to keep his tablet from floating away.

Here’s a snippet from the livestream that shows space mixing in action with zero gravity.

That’s quite an intersection of technology and liberal arts, wouldn’t you agree? I think it’s pretty awesome and that Steve Jobs would have been proud. “We certainly are proud of this and never could have believed that, when we started creating djay ten years ago, our app would be used in outer space,” said Algoriddim’s Michael Simmons.

Watch the video embedded right ahead to hear Luca’s inspiring words about stretching his comfort zone through DJing and how music as a universal language unites our world.

“It’s completely amazing and inspiring for us to see DJing evolve beyond our planet – thanks to technology and our human passion to express ourselves through music, wherever we are,” Michael added.

Let us know what you think of this in the commenting section down below.