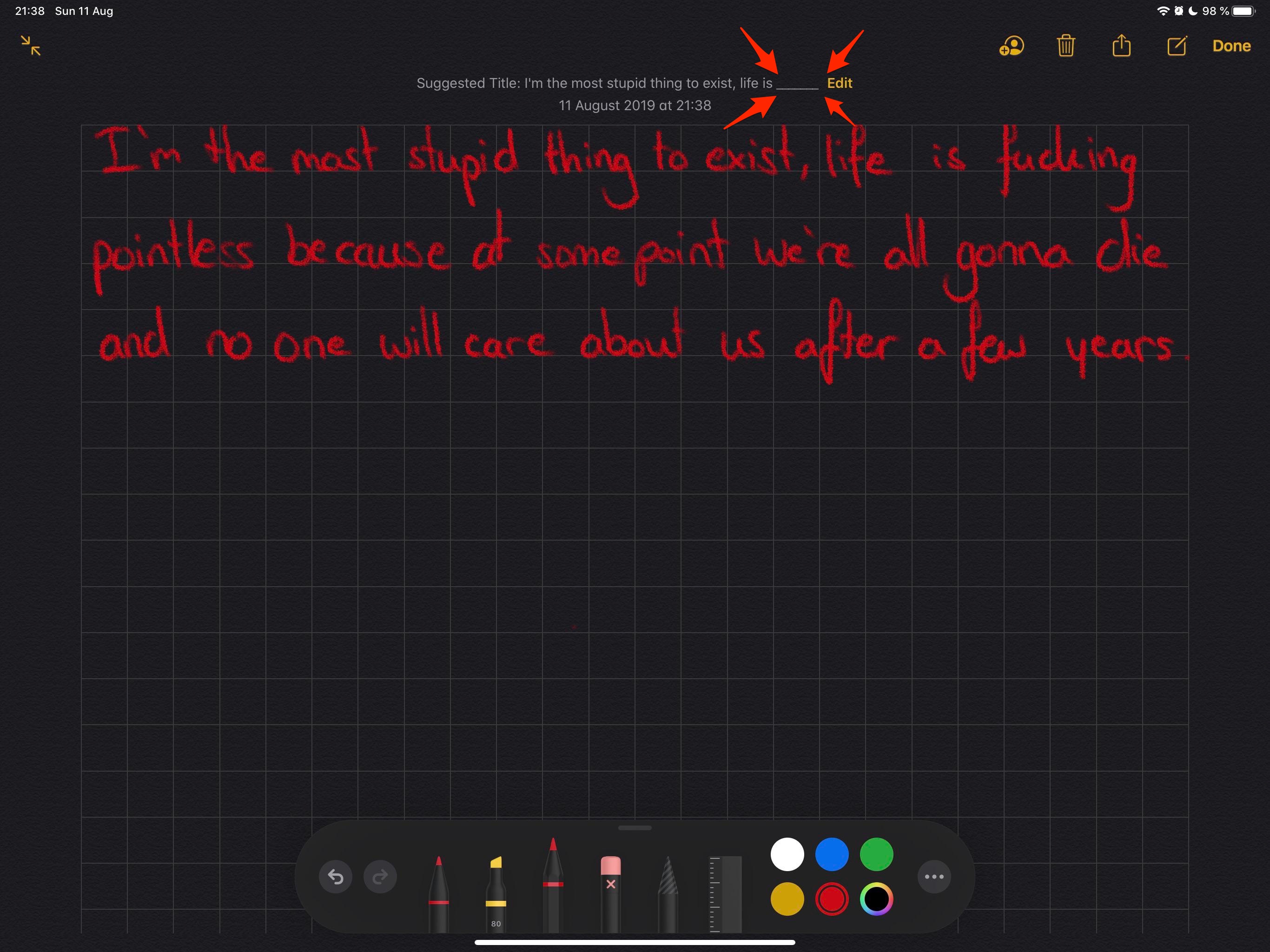 At least that’s what Reddit user “_l_e_X_” stumbled upon when writing a note that contained an F-word. Automatically, Notes censored the curse word as it turned handwriting into searchable text. The app doesn’t seem to have issues with less offensive words, such as “ass.” This happened while the poster was using handwriting recognition to write a note’s tittle.

Is this Notes feature ridiculous or what?

I know Apple is a curated platform with a family-friendly image, but this capability seems more a nuisance than a helpful feature, especially with no way of turning it on or off at will.