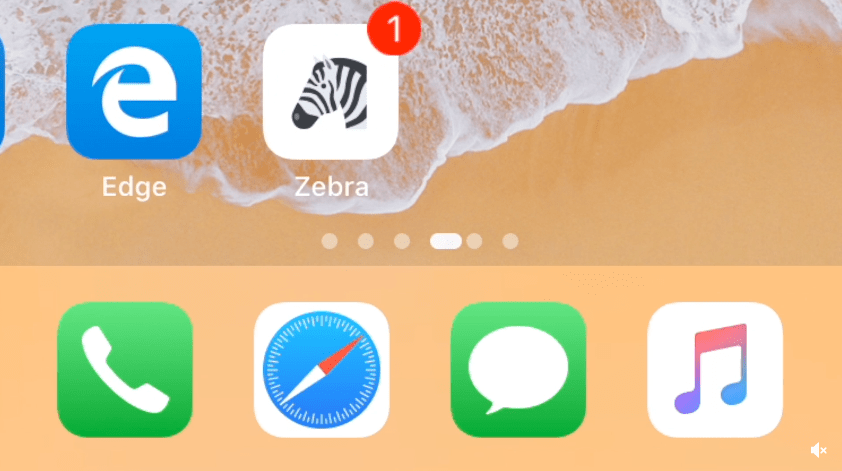 At the bottom of any stock iPhone or iPad’s Home screen are a set of page dots that help you discern what page you’re on at any given time. As useful as this might be, it hasn’t changed much over the years.

If you’re looking for a fresh take on iOS’ Home screen page dots, then you might come to appreciate a newly-released and free jailbreak tweak called AwesomePageDots by iOS developer shiftcmdk, as it reinvigorates your Home screen’s page dots with a much more appealing animation.

A picture can be worth a thousand words, but the still screenshot example above doesn’t do AwesomePageDots any justice. For that reason, we’ve attached an animated GIF below:

As you’ll notice, installing AwesomePageDots makes it so that moving from one page to the next is supplemented with an elongated dot that jumps from one place to the next.

AwesomePageDots doesn’t come with any options to configure, and so what you see is essentially what you get. If you should ever want to disable the tweak after installing it, then you’d need to uninstall it.

Those interested in trying AwesomePageDots can download it for free from shiftcmdk’s repository in Cydia or Sileo. The tweak supports jailbroken iOS 11 and 12 devices, and it is also open-source on the developer’s GitHub page.

If you aren’t already using shiftcmdk’s repository, then you can add it to your package manager of choice with the following URL:

Do you like what AwesomePageDots does with the Home screen’s page dot system? Let us know what you think in the comments section below.