It wasn’t that long ago that we shared news regarding the latest updates for the Chimera and ChimeraTV jailbreaks, and as it would seem, Pwn20wnd has been working hard on an update of his own for the unc0ver jailbreak.

The hacker announced the release of unc0ver v3.4.0 via Twitter just a few minutes ago, noting that it would implement @NedWilliamson’s new and improved Sock Puppet 2 exploit in place of Sock Port on older devices, as it seems to offer more reliability: 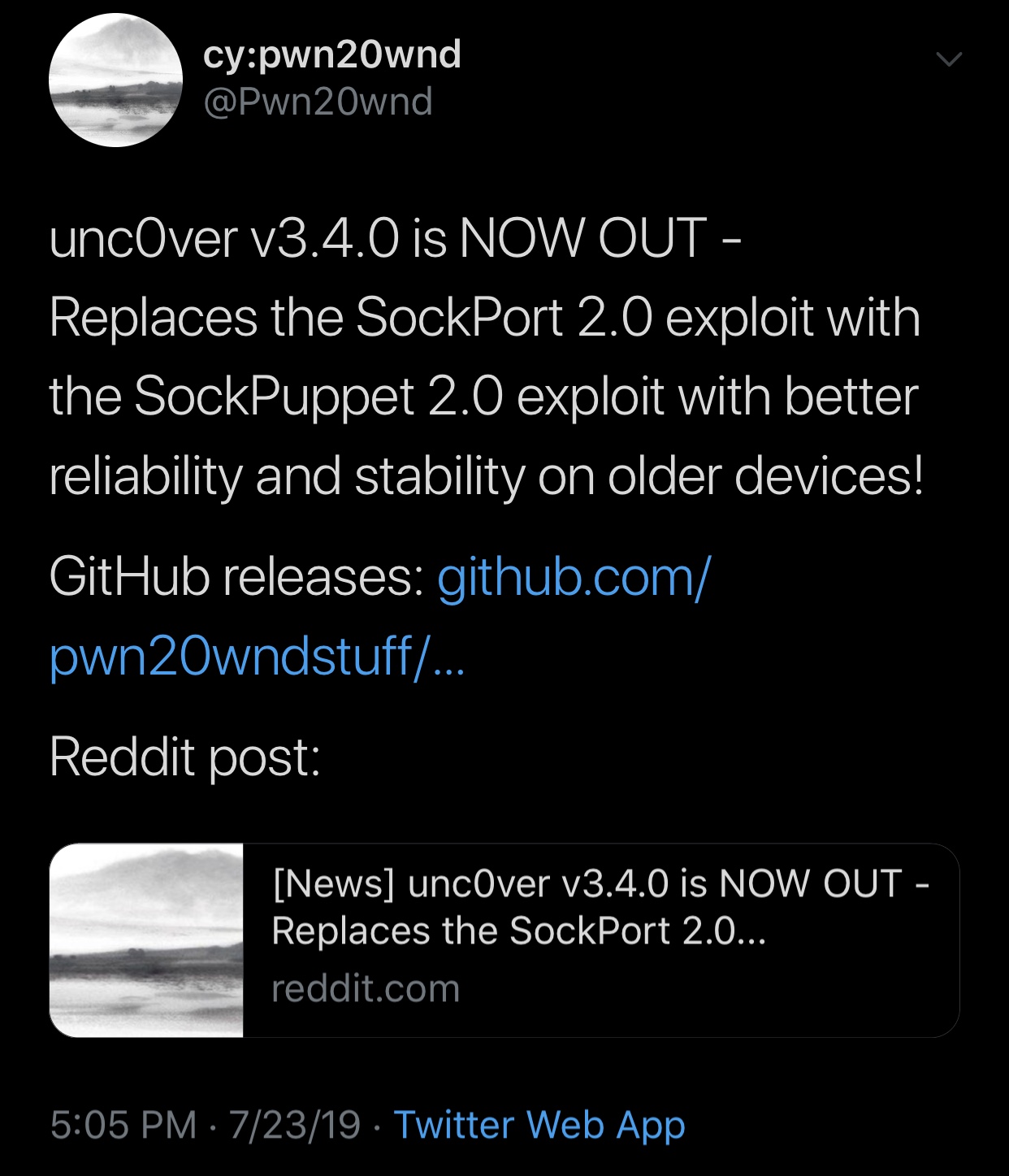 The official change log for unc0ver v3.4.0 via Pwn20wnd’s GitHub page is as follows:

In a follow-up Tweet, Pwn20wnd added that the Sock Puppet 2 exploit would exponentially increase the speed of jailbreaking older handsets in addition to offering improved reliability, and while the exploit is somewhat slower on newer devices than Sock Port, it is apparently more reliable, and this is one of the reasons Pwn20wnd used for justifying the exploit switch:

Pwn20wnd also said that he would soon implement Jake James’ jailbreak detection bypass into a future iteration of unc0ver if v3.4.0 didn’t exhibit any long-term stability issues, but it remains to be seen how much longer it’ll be before this change materializes:

As always, you can download the latest version of unc0ver from Pwn20wnd’s official GitHub page. If you’ve been experiencing trouble trying to jailbreak or any instabilities after doing so, then using v3.4.0 might be in your best interest.

If you’ve never jailbroken with unc0ver before, then you can use our step-by-step tutorial to help you.

Are you excited about the new Sock Puppet 2 exploit being implemented into unc0ver? Let us know in the comments section below.