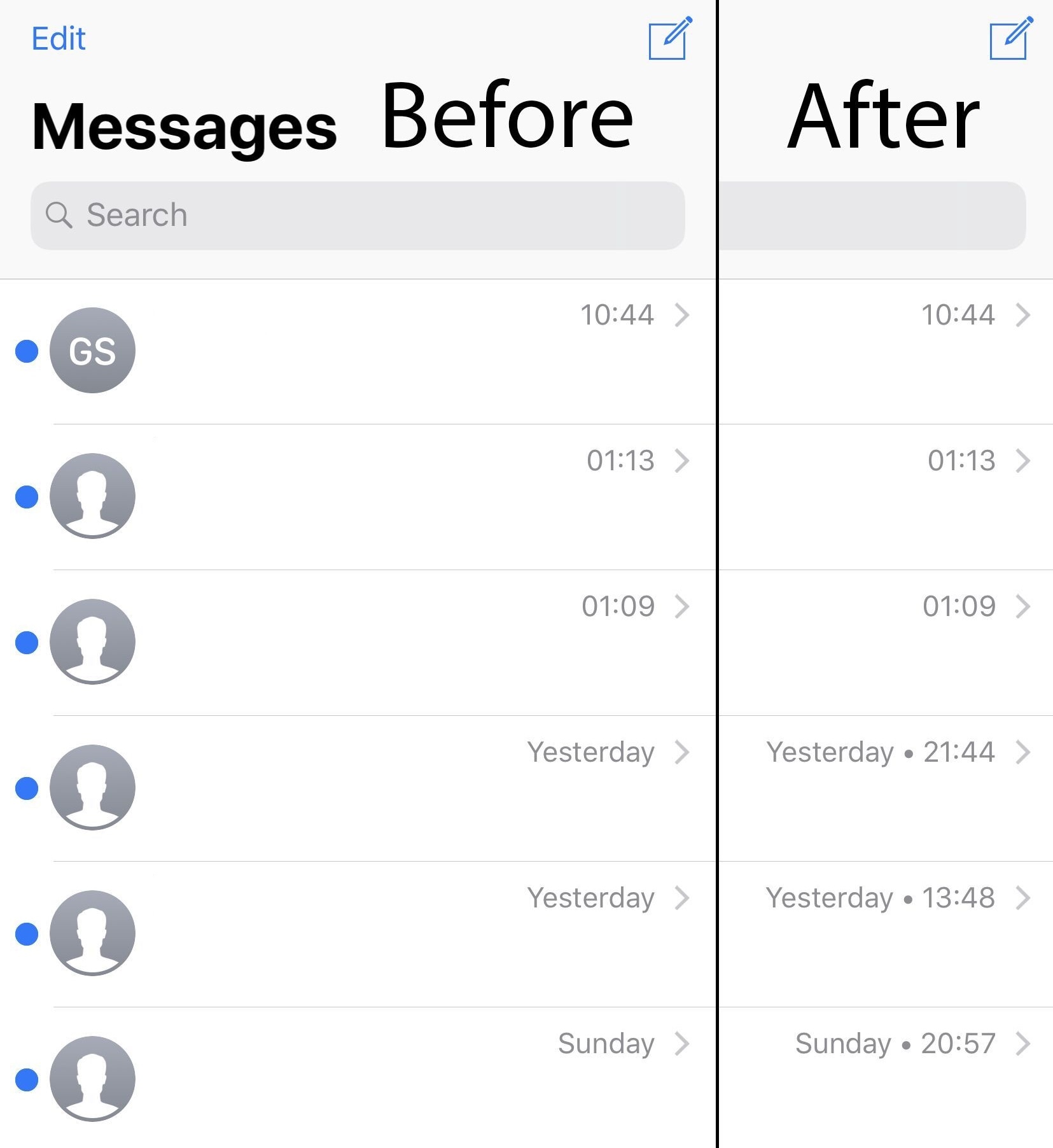 It was just a few days ago that we showed you a jailbreak tweak called ExactTimePhone, which could make your call log history significantly more helpful by detailing the exact time that an incoming or outgoing call transpired if it was more than a few days old. The tweak received lots of positive feedback, but it left the begging question: shouldn’t a similar tweak be made for the Messages app?

If you’re on board with this train of thought, then you’ll probably come to appreciate a newly-released and free jailbreak tweak dubbed ExactTimeMessages by iOS developer gilshahar7, as it makes this same concept a reality in iOS’ native Messages app for both iMessage and SMS conversations.

As you’ll notice in the before and after screenshot examples above, ExactTimeMessages improves your Messages app’s timestamp system by forcing it to display the time for dormant conversations where the last instance of activity transpired several days ago. This is useful for discerning the time during that day that the conversation last saw activity, which is an unfortunate impossibility with the stock timestamp system.

ExactTimeMessages doesn’t come with any options to configure, and with that in mind, it gets to work as soon as you install it. Should you ever fancy disabling the tweak, you’d need to uninstall it using your preferred package manager.

If you’re interested in giving ExactTimeMessages a try, then you can download it for free from the Packix repository in Cydia or Sileo. The tweak supports all jailbroken iOS 10, 11, and 12 devices, and its source code is available on the developer’s GitHub repository for those interested in learning more about what makes it tick.

Do you think that ExactTimeMessages is an improvement over the native timestamp system in iOS’ Messages app? Discuss in the comments section below.