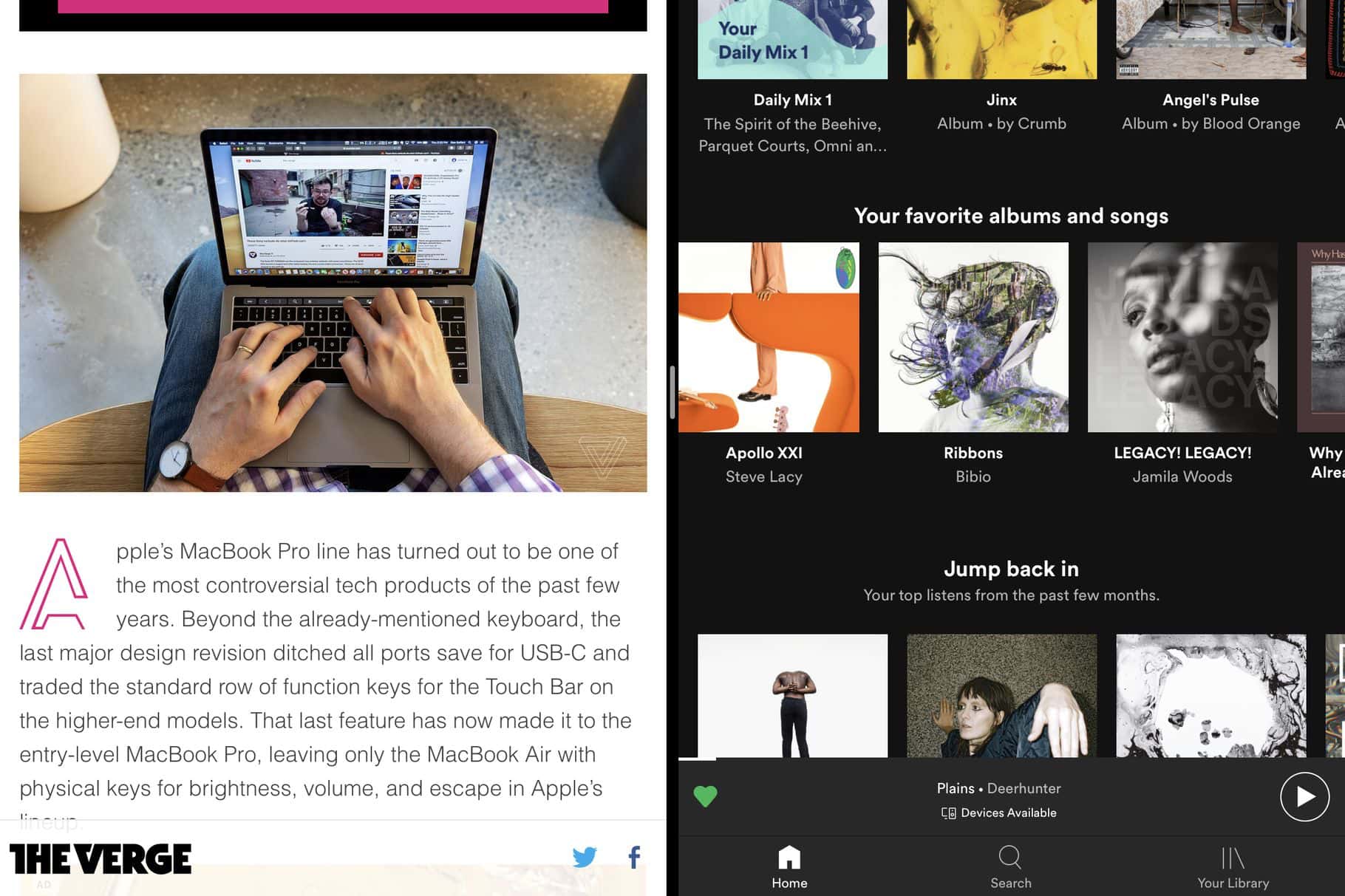 Spotify has finally updated its iOS app to support primary multitasking functions on the iPad.

Split View and Slide Over have been available on iPad for quite some time, and, depending on the user, can be pretty helpful when trying to multitask on the tablet lineup. However, supporting both, or either, feature is up to developers, which means it can take some time for the feature support to show up. If it does at all.

So when an app like Spotify, which is still one of the most popular streaming music services out there, finally updates its iOS app to support both, it’s worth sharing. This means using Spotify can be a bit faster than it was before, making it possible to quickly slide out the app to quickly change a song or find new music, rather than opening up a full-screen instance of the app or using Apple’s own Control Center to control media playback.

To get Split View to work, simply tap-and-drag the top of the Spotify view window to the top of the screen. This will then automatically split the tablet’s display between Spotify and whatever app you have open, letting you optimize the size between the two apps to your liking.

And to open Slide Over, just add the Spotify app to your dock. From there, open it while you’re using another app. This will make Spotify open up in a hover mode, floating above the other app for quick access.

This latest update to Spotify actually went out yesterday, as posted on Reddit. Spotify confirmed the feature support today to The Verge:

We can confirm Split View for Spotify is now available to all iPad users. Our goal is to continuously improve the Spotify experience across platforms.

This is a long-awaited addition to the Spotify app, and should be a welcomed one for iPad users. Have you been eagerly awaiting support for Slide Over and/or Split View with Spotify?