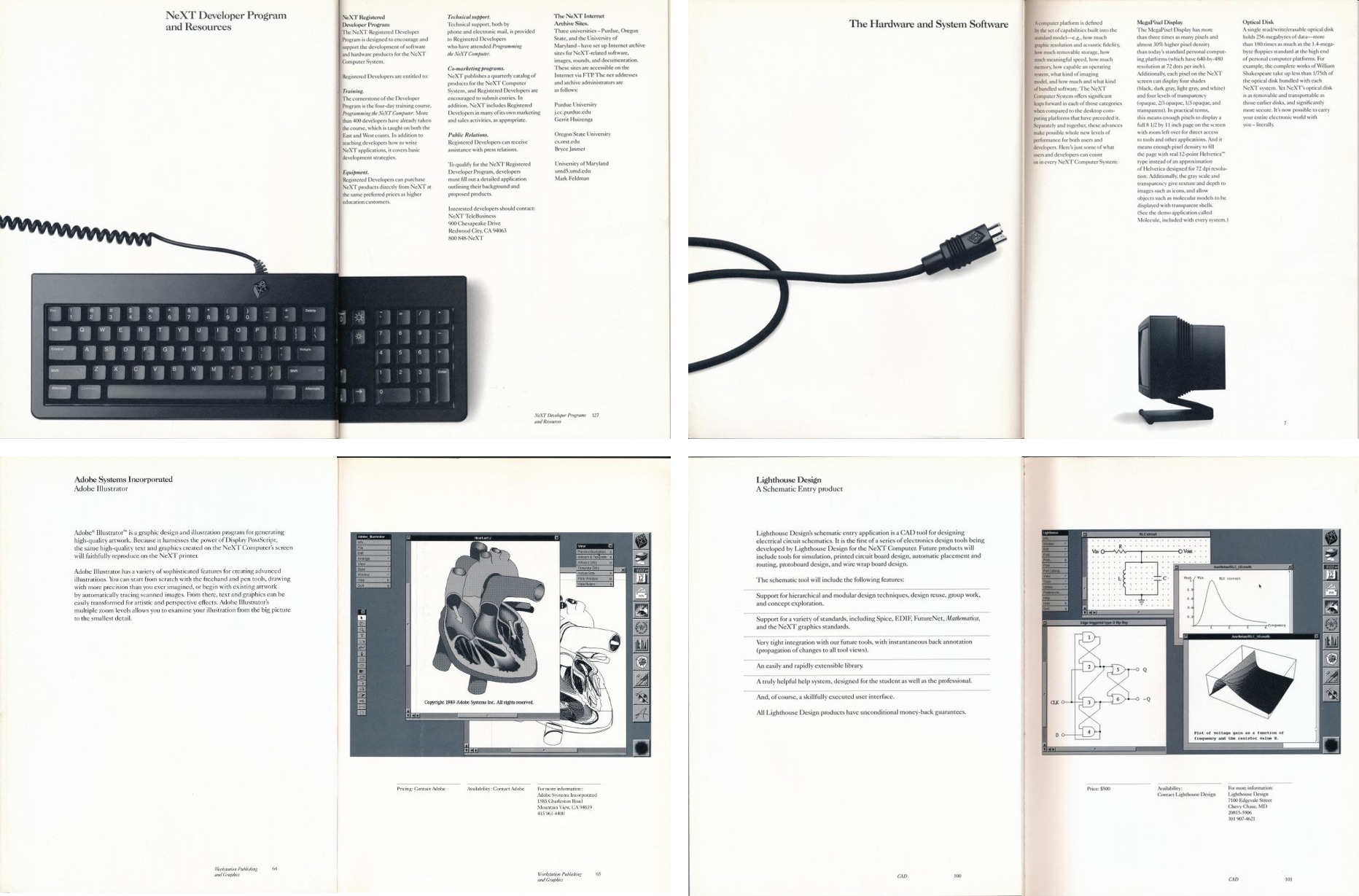 The Fall 1989 issue of the NeXT catalog is now available to everyone thanks to amateur computer historian Kevin Savetz who’s scanned and uploaded all 138 pages of it to Archive.org.

The Verge points us to tweets from Kevin saying he’s scanned “tens of thousands of pages of computer magazines, newsletters and catalogs” over the years. He also co-hosts the “ANTIC: The Atari 8-Bit” podcast and has interviewed hundreds of people who were involved in NeXT.

He told the publication about the project:

The NeXT catalog was part of a large lot of old computers that I bought from a local computer refurb/recycling organization. I had never seen a catalog like it and couldn’t find much reference to it online, so it was an easy choice to scan it.

The catalog is now being auctioned off, with the proceeds going to RAICES.

This undeniably cool piece of technology history offers a rare glimpse into NeXT’s software, user interface, peripherals and other projects that the Steve Jobs-owned company was attempting to sell after Jobs himself was ousted from Apple and founded NeXT.

I scanned the fall 1989 NeXT Software and Peripherals catalog in glorious 600 DPI and uploaded to @internetarchive. 138 pages! https://t.co/a1xpteHERt pic.twitter.com/UbV6zKcZEm

Though a commercial failure, NeXT’s software and object-oriented programming model would serve as the basis for the OS X operating system with its Aqua user interface.

And OS X has paved the way for iOS and Apple’s other software platforms. Scott Forstall, a brilliant software engineer who used to be called Steve Jobs’s “Mini-Me,” was behind the NeXT software. So when Steve went on to rejoin Apple as an interim CEO in 1996,  he brought along with him Forstall, a move that in hindsight proved perhaps just as crucial for Apple’s revival as Jobs’ incredibly prolific and successful design collaboration with Ive.

Scott, as you know, would end up leading the iPhone OS project that powered the original iPhone. Unfortunately, Forstall eventually was forced to leave the company a few years later over clashing with Jony Ive and refusing to sign an apology letter over the Apple Maps fiasco.