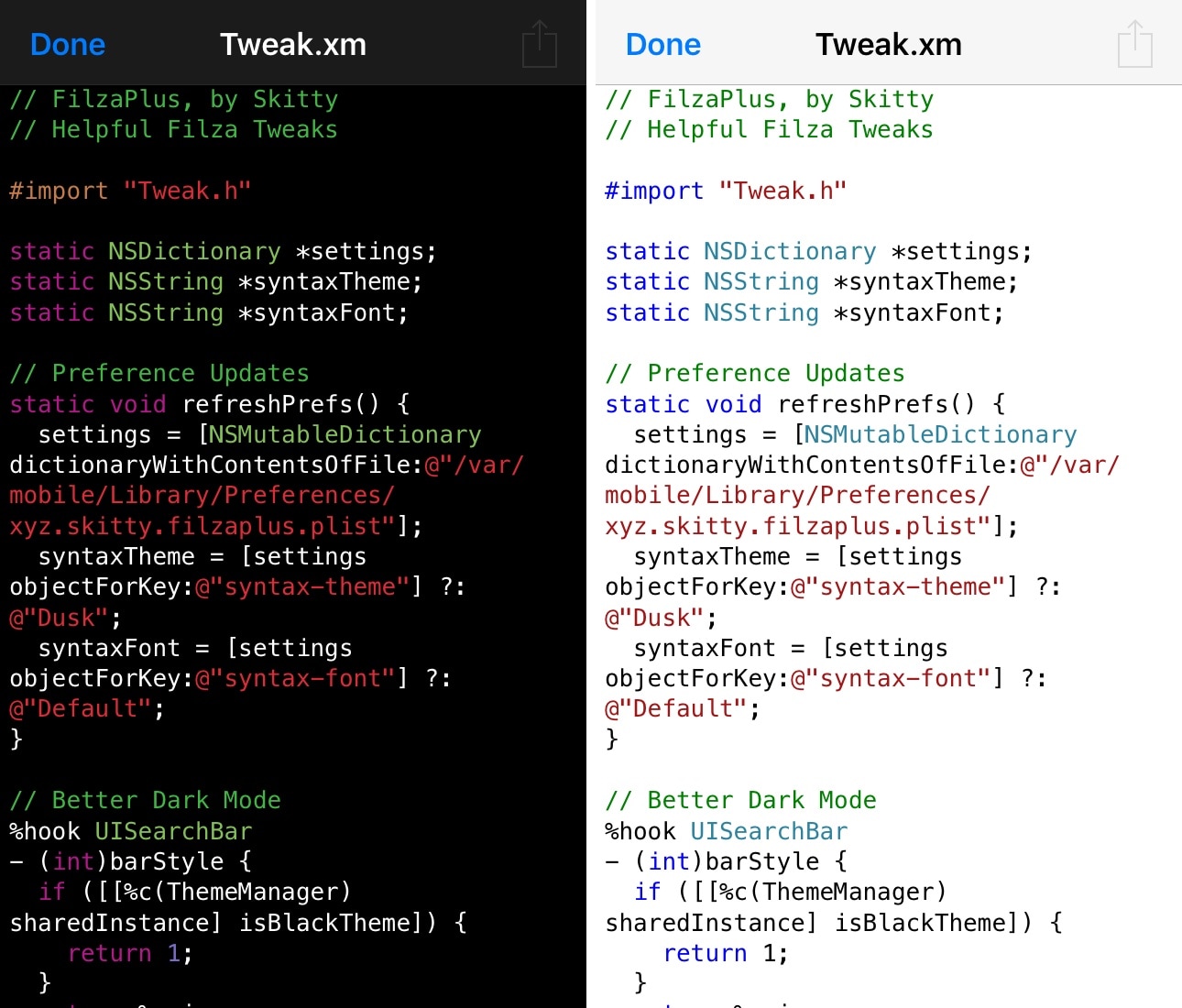 If you’re an avid jailbreaker, then you’re likely familiar with the Filza file manager, which allows users to access their handset’s root filesystem and add, change, or delete existing files.

Filza comes with a lot of features, including a plain text file viewer, but with a newly-released and free jailbreak tweak dubbed FilzaPlus by iOS developer Skitty, you can add a full-blown code editor with syntax highlighting to that list.

In the screenshot examples above, you’ll see that FilzaPlus supports both light and dark modes and that it colorizes predefined code keywords to make them easier to read, a feature known to the coding community as syntax highlighting.

Once installed, FilzaPlus adds an extra set of options to the built-in Settings found in the Filza app: 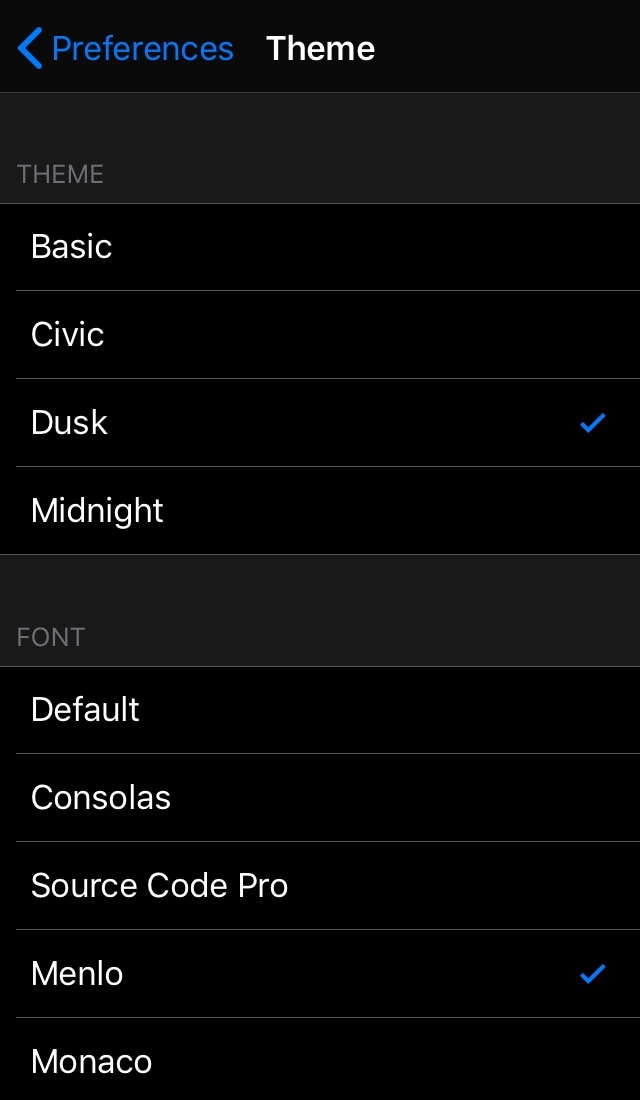 Coding isn’t for everyone, but if you’re a more advanced user than most or even a tweak developer, then you just might come to appreciate having this sort of functionality at your fingertips when you don’t have a computer handy.

FilzaPlus is available as a free download from Skitty’s repository in Cydia or Sileo. If you aren’t already using this repository, then you can add it to your file manager of choice by using the following repository URL:

For those wondering, FilzaPlus is compatible with all jailbroken iOS 11 and 12 devices. Moreover, the tweak’s source code is published on the developer’s GitHub page for those who might be interested in learning more about what makes the tweak tick.

Will you be downloading FilzaPlus to augment your jailbroken device’s file browser app? Let us know in the comments section below.