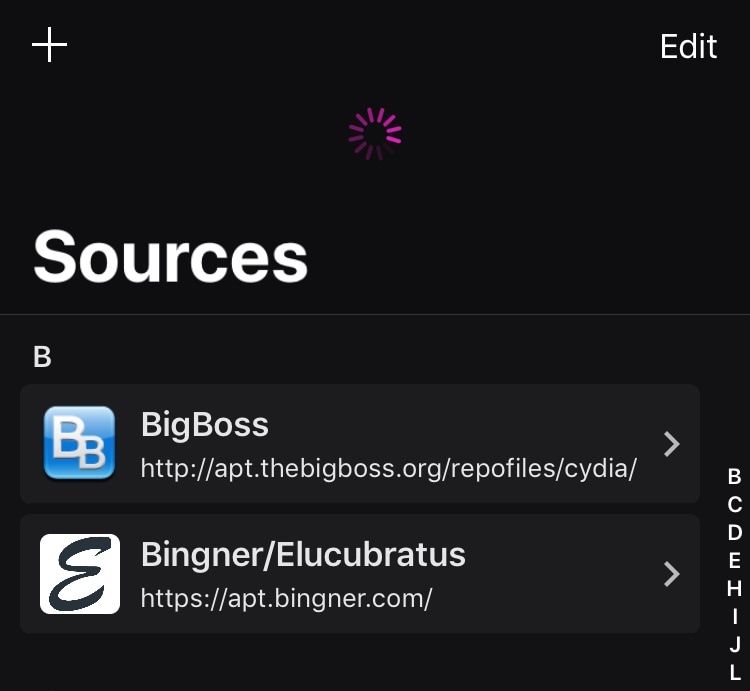 As you use iOS, you’ll become accustomed to seeing activity indicators in many of your apps. The activity indicator is denoted by a spinning wheel, such as what you might see when certain apps load or begin communicating with the internet.

iOS’ activity monitors are typically monotonous, serving no other purpose besides letting you know that an app is doing something; but that doesn’t mean they need to be boring. A newly-released and free jailbreak tweak dubbed Spoke by iOS developer Unicorn808 lets you colorize these activity monitors.

In the screenshot example above, which depicts the Zebra package manager for jailbroken handsets, you can discern that the activity indicator has been re-colored pink. Similar activity indicators appear in other apps and Spoke can customize the bulk of those too.

Upon installing Spoke, you’ll find a dedicated preference pane in the Settings app where you can configure it to your liking: 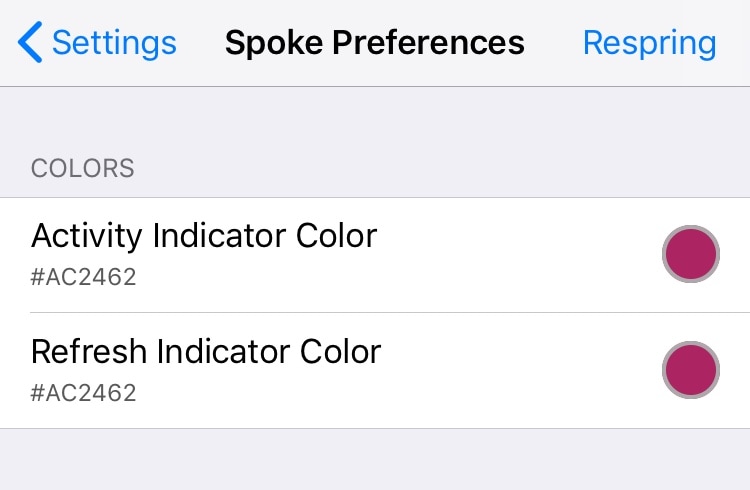 Here, you can choose your preferred color with a color picker, which we appreciate because it provides an infinite choice or color options as opposed to a pre-defined color list. Moreover, a Respring button is included at the top-right of the interface to save any change you make.

One thing worth noting about Spoke is that the tweak may not work in all apps. As the developer notes in a /r/jailbreak post, some apps such as Apollo use custom activity indicators that Spoke can’t customize. Users will need to be mindful about this while using the tweak.

If you’re interested in trying Spoke out for yourself, then you can download it from Unicorn808’s beta repository in Cydia or Sileo. You can add the repository to your package manager of choice via the following URL:

Spoke supports all jailbroken iOS 11 and 12 devices, and the tweak is open-source for those interested in learning more about what makes it tick.

Does Spoke worth with most of your apps? Let us know in the comments section below.