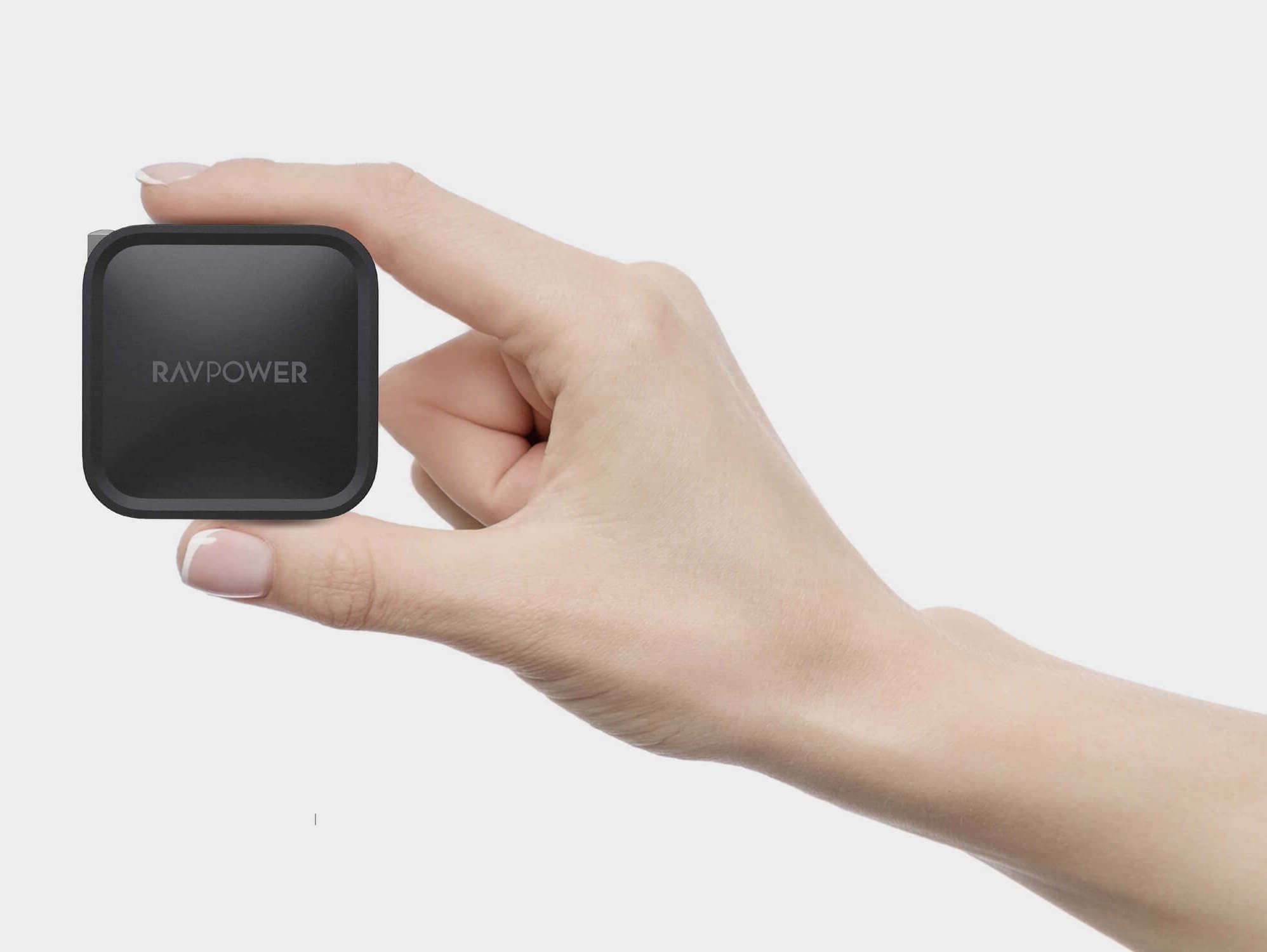 Don’t you just hate packing for trips? You’re obviously going to take your smartphone, your tablet for in-flight movies and other entertainment, and more often than not, your laptop in case something pops up that the other two can’t handle. Sure these devices are all pretty thin nowadays, but start adding in their cables and power bricks, and things can get chunky fast. That’s where RAVPower’s 61W PD 3.0 GaN charger comes in. It’s an ultra-portable charger that’s powerful enough and smart enough to charge just about any USB-C device.

The first thing you notice about the charger is its size. RAVPower claims that it’s the smallest 61W PD 3.0 GaN (gallium nitrate) charger in the world—and with dimensions like 1.1 x 1.9 inches, we’re not going to argue. But don’t let that small size fool you, this charger is BIG on performance. Using its built-in PI chip, it identifies what type of device you’ve plugged in so that it can deliver fast and efficient power. It can charge your smartphone up to 2.5x faster than a standard 1A charger, and it even works with most laptops (outside of larger 80W+ models).

So the next time you travel, bring the 61W PD 3.0 GaN charger from RAVPower and leave your other bulky, less-capable chargers at home. If you’re interested in picking one up, there is a pre-order run in black for a limited-time price of $43.99 on RAVPower’s website. They are slated to begin shipping next month.