It’s been in beta for what seems an eternity, but the pace of development seems to be picking up of late and the most recent builds have brought some major updates, including cloud syncing and NES support. Now Delta, the successor app to GBA4iOS, has reached Beta 8.

The headline feature in this newest version of the app is obviously its support for the Nintendo 64 console, which fans have been hoping for since Delta’s inception. On the subject, developer Riley Testut had this to say:

It’s certainly taken more time to get up and running than previous systems, but I’m very happy with how it’s turning out and I hope you all are too.

It seems the nuances of this new emulator engine, which its predecessor did not support, offered him a bit more of a challenge than did consoles like the Game Boy, the code for which he had already successfully written into GBA4iOS. Testut mentions another design hurdle he had to overcome with the N64 was how to handle multiple button input on touch screen devices. The solution he has settled on involves gestural support, such as swiping between buttons, to represent what on the original N64 controller would have been a simultaneous press of two separate physical buttons.

He cites an example from Super Mario World, in which a long jump is triggered by a simultaneous press of Z and A buttons. When running the game in Delta Beta 8, a user would quickly swipe their thumb from Z to A in order to achieve the same effect. It’s an elegant solution to one of the main problems with controller skins on touch screen devices, and if coded correctly with the appropriate sensitivity and error margins should work well.

Aside from Nintendo 64 support this beta contains very few changes, as the developer wants the new engine thoroughly tested on a wide range of games before pressing forward. He did suggest however that once this process is complete a more refined beta with other smaller improvements will be released to the full complement of beta testers.

All this bodes well for the state of the project as a whole, and makes one hope that before too long we might see a general release, which fans of the emulator have been patiently waiting for for the longest of times. From my own testing so far, it looks like it will have been worth the wait. 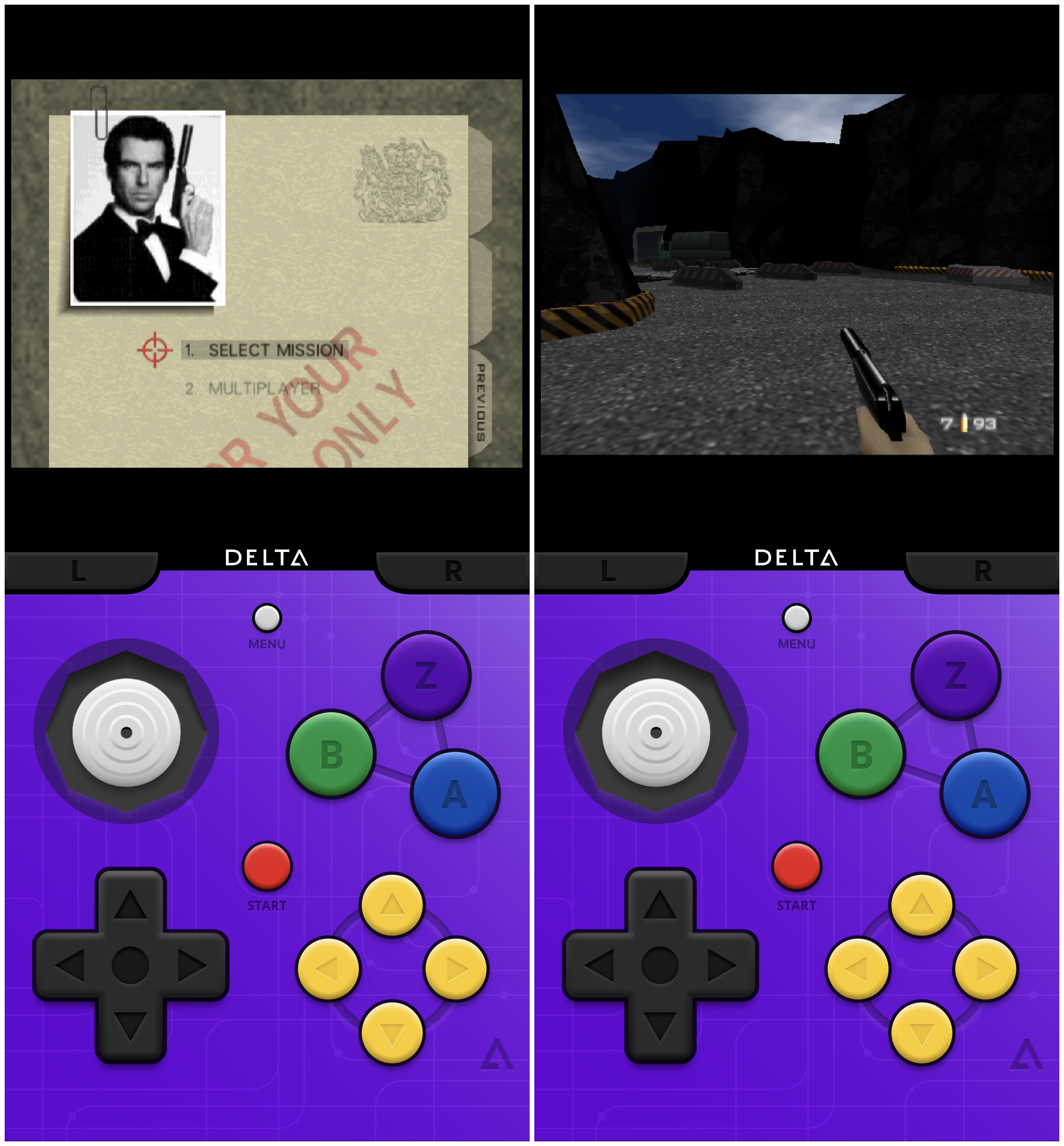 Do you have a request for a guide or article you’d like to see on iDB?

Let me know in the comments section below.