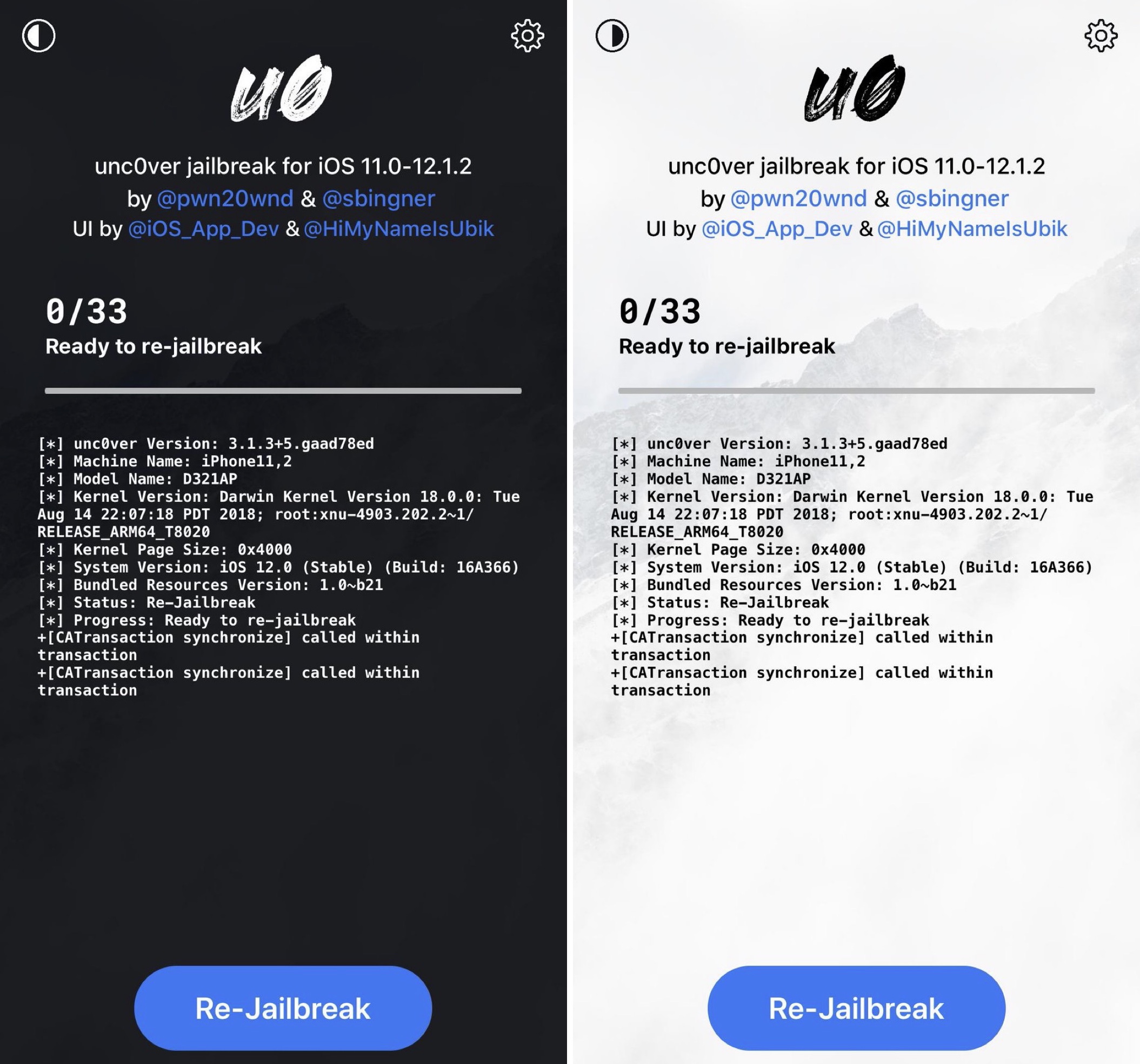 Hacker and unc0ver lead developer Pwn20wnd updated the iOS 11.0-12.1.2-centric unc0ver jailbreak tool to version 3.2.0 on Saturday with a multitude of improvements to the user interface and to the reliability of the jailbreak process itself. 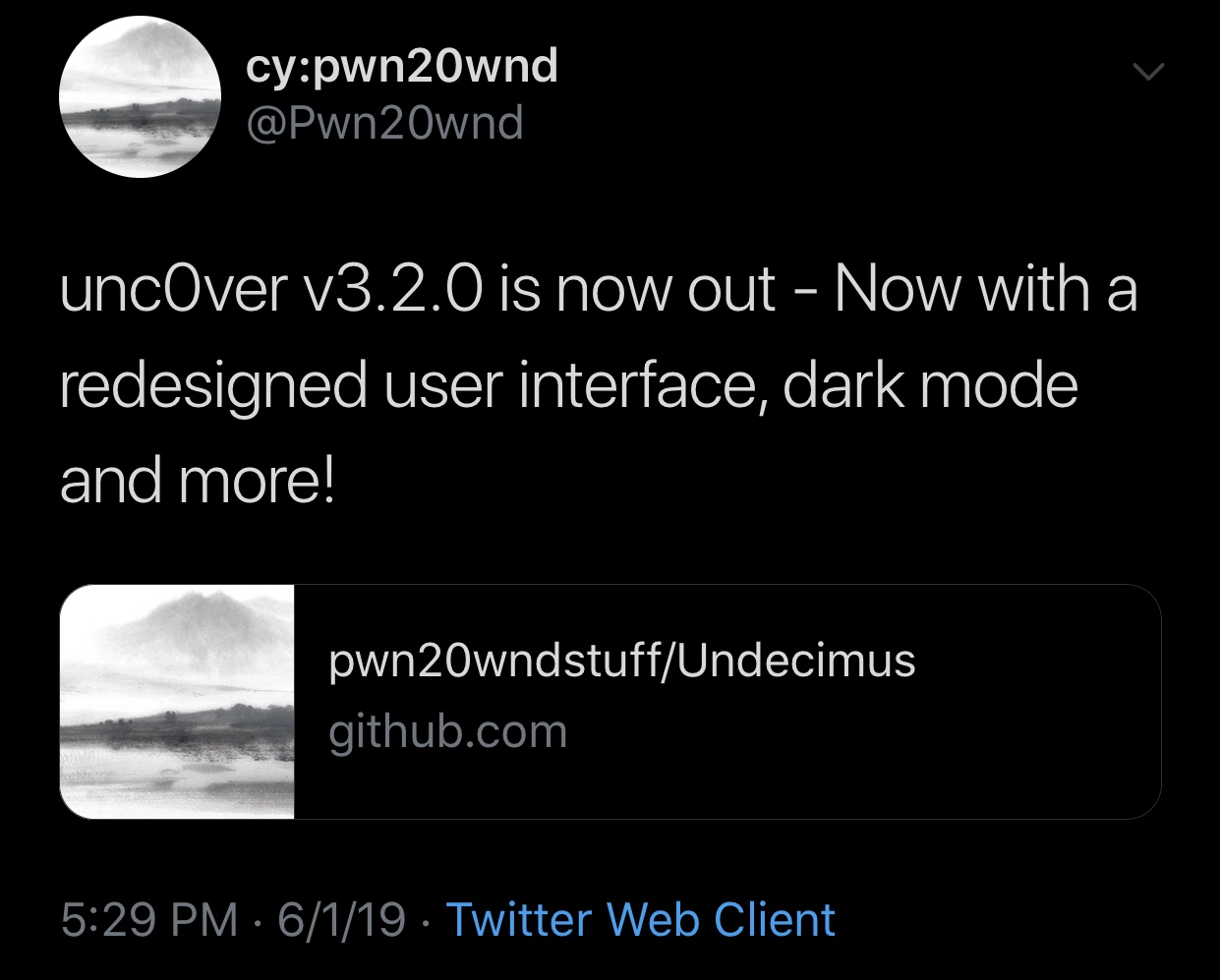 According to the official changelog, unc0ver v3.2.0 incorporates the following changes:

– Redesign the user interface (https://twitter.com/HiMyNameIsUbik/status/1134938278489182208)
– Add dark mode for the user interface
– Add info buttons for the options
– Increase the reliability of the jailbreak with the machswap and machswap2 exploits
– Update jailbreak-resources to fix an issue with the CS_DEBUGGED option

Perhaps the single most significant aspect of this update is the redesigned unc0ver app, which implements a more aesthetically-pleasing user interface with native support for dark mode:

The redesigned components of unc0ver v3.2.0 wouldn’t have been possible had it not been for the combined efforts of @iOS_App_Dev and @HiMyNameIsUbik. It’s also worth noting that Pwn20wnd has made the unc0ver app’s options a bit more descriptive by adding information buttons that can describe each button’s purpose in more detail:

In addition to the augmented aesthetics mentioned above, unc0ver v3.2.0 promises improved jailbreak success via both the mach_swap and mach_swap2 exploits, which should make jailbreaking easier for those who always seem to have to re-attempt the jailbreak over and over again to get into a jailbroken state.

If you’re using an older version of unc0ver, then we’d advise downloading the latest version of the jailbreak tool from Pwn20wnd’s official GitHub page to ensure that you’re enjoying all the latest features and improvements.

Have you used the latest version of unc0ver yet? If so, how do you like the new interface? Share in the comments section below!