The Home screen is best known for its humble duty of serving your application icons to your fingertips on demand, but one element of it that often get overlooked in Apple’s software redesigns is the page indicator just above the Dock.

If you’re ready to give your Home screen’s page indicator a sexy new makeover, then you just might want to try a newly-released jailbreak tweak called Pagebar by iOS developer CalicoCat. This tweak lets you theme and customize the Home screen’s standard page indicator, making breathtaking new aesthetics like those depicted in the animated GIF below possible:

The concept should sound very familiar because we just recently showed you a similar jailbreak tweak, which was also named PageBar (albeit with a capital B). The developer behind the new Pagebar says he created it in response to unsatisfaction with what there was to choose from beforehand, and the result is particularly stunning if I do say so myself.

As you might come to expect, Pagebar puts a dedicated preference pane in the Settings app where you can configure the tweak on demand: 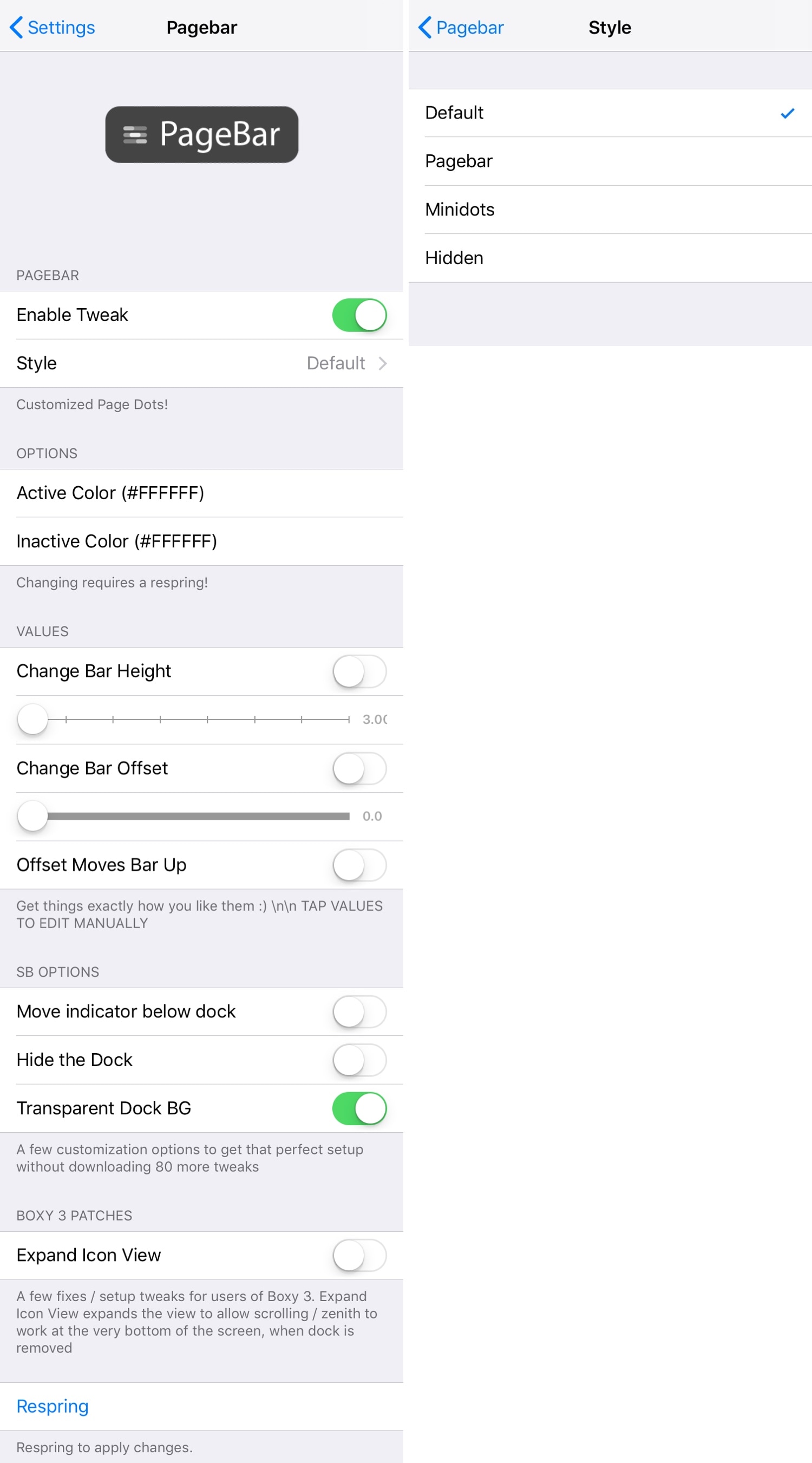 The developer provides a Respring button that you’ll want to use whenever you make changes to the tweak’s preference pane. Doing so ensures that your changes are appended and that you’ll get to use the newest customizations that you’ve made.

Based on our testing, we particularly like the Pagebar theme shown in the animated GIF above, but the tweak comes with other themes that might better suit you if you aren’t into the whole ‘bar’ concept.

If you’d like to give Pagebar a try, then you can snag it from CalicoCat’s beta repository in Cydia or Sileo for just $0.99. The developer plans to eventually release his tweak in the Dynastic Repo repository, but there’s no ETA on that. Pagebar supports all jailbroken iOS 9-12 handsets, including the A12(X) variety.

If you aren’t already using CalicoCat’s beta repository, then you can add it to your package manager of choice with the following URL:

Do you think Pagebar is an improvement over the Home screen’s native page indicator? Let us know in the comments section below!