It was only yesterday that Pwn20wnd released unc0ver version 3.1.0 to the general public as “the biggest update to unc0ver yet,” but as it would seem, a few loose ends were found that needed tying.

Pwn20wnd followed up with two consecutive updates to the unc0ver jailbreak tool on Friday, subtly named version 3.1.1 and version 3.1.2. Each update purportedly incorporates bug fixes to stabilize some of the jailbreak’s app-centric features.

Pwn20wnd announced the first update (version 3.1.1) just this morning via Twitter, following up with the newer version 3.1.2 within the past hour: 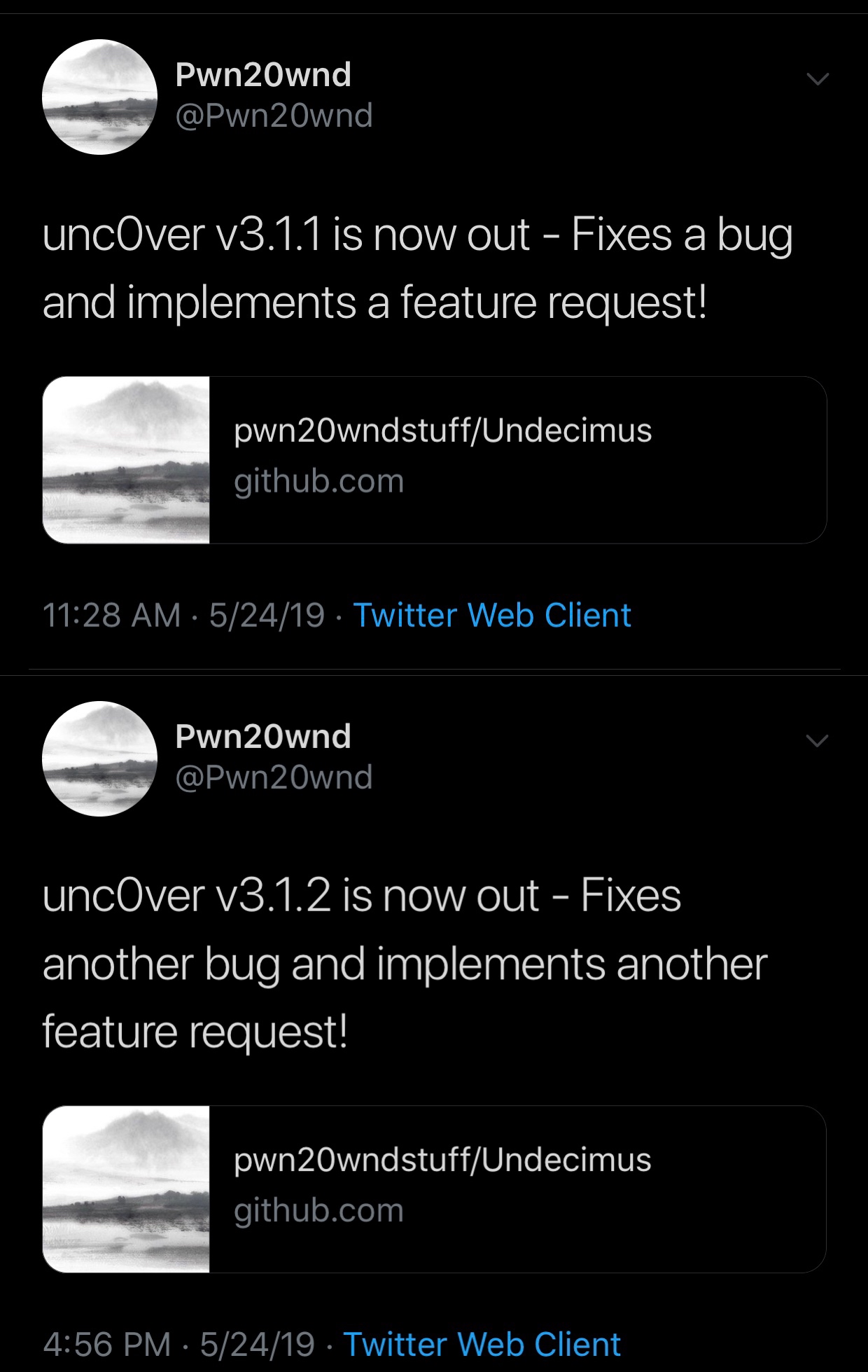 According to the official changelog, unc0ver version 3.1.1 and 3.1.2 bring the following changes:

– Fix a bug in the settings user interface on smaller devices

If you’re currently using unc0ver v3.1.1 or earlier, then we would recommend downloading and deploying unc0ver v3.1.2 at your earliest convenience to ensure the most optimal user experience possible.

As you might come to expect, the latest version of the unc0ver jailbreak tool is available for free from Pwn20wnd’s GitHub page, along with all other relevant information regarding each update.

It’s also worth noting that unc0ver v3.1.2 only ‘partially’ supports A12(X) devices, as Cydia Substrate isn’t fully-compatible with A12(X) handsets at the time of this writing. Pwn20wnd plans to implement Substitute for A12(X) handsets in the future for those using these handsets, which is something that the Electra Team’s Chimera jailbreak already does.

Have these updates made your unc0ver jailbreak more stable? Let us know in the comments section below!