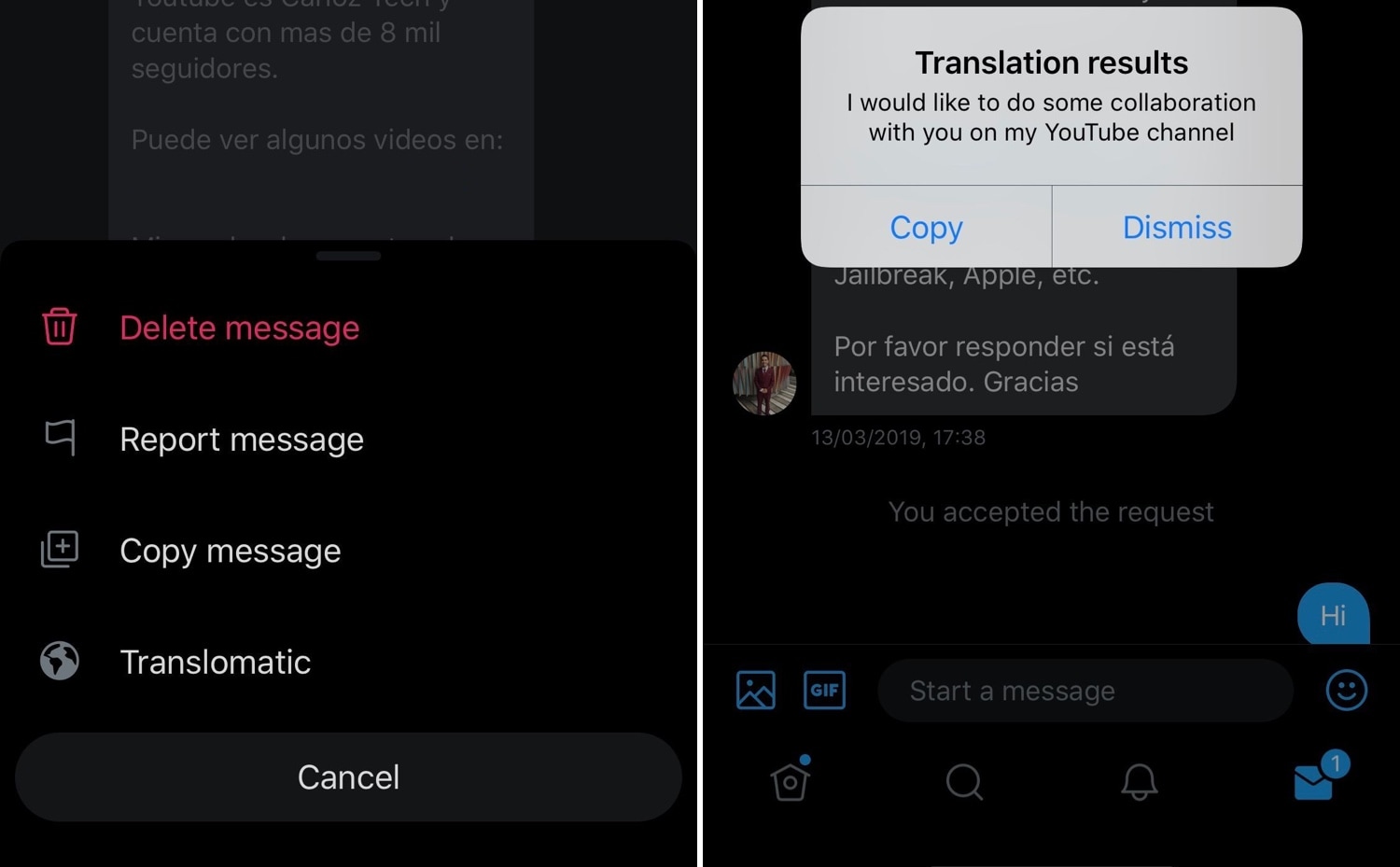 If you occasionally stumble upon a text written in another language that you don’t understand, then you might be quick to use a third-party translation service such as Google Translate to get a better idea about what’s being said. But what if you never needed to leave the app you were in?

With the help of a newly-released jailbreak tweak dubbed Translomatic by iOS developer FoxfortMobile, you can now enjoy this type of integrated experience on your jailbroken handset in almost any app you use.

Translomatic supports translations for more than 100 languages, and it includes specialty support for individual mobile apps, including Discord, Facebook Messenger, and Twitter among others. Translomatic works in most other apps by integrating directly into iOS’ native context menu that typically appears when you tap and hold on any body of text.

In the screenshot examples above, you can see how Translomatic looks in the official Twitter app. Upon tapping and holding on a direct message, a menu appears with a Translomatic option in addition to the rest of the native options you’d typically see. As you might come to expect, tapping the Translomatic option invokes a pop-up with the translated text.

Translomatic provides a lot of potential for augmenting your jailbroken handset’s functional capabilities, and the developer is always working on adding more app support in the future. That said, if you’re interested in trying it out for yourself, then you can download it from the Packix repository for $1.50 via Cydia or Sileo. Translomatic supports all jailbroken iOS 11 and 12 devices.

What are your thoughts about having an integrated translation tool in most of your iOS apps? Discuss in the comments section below!