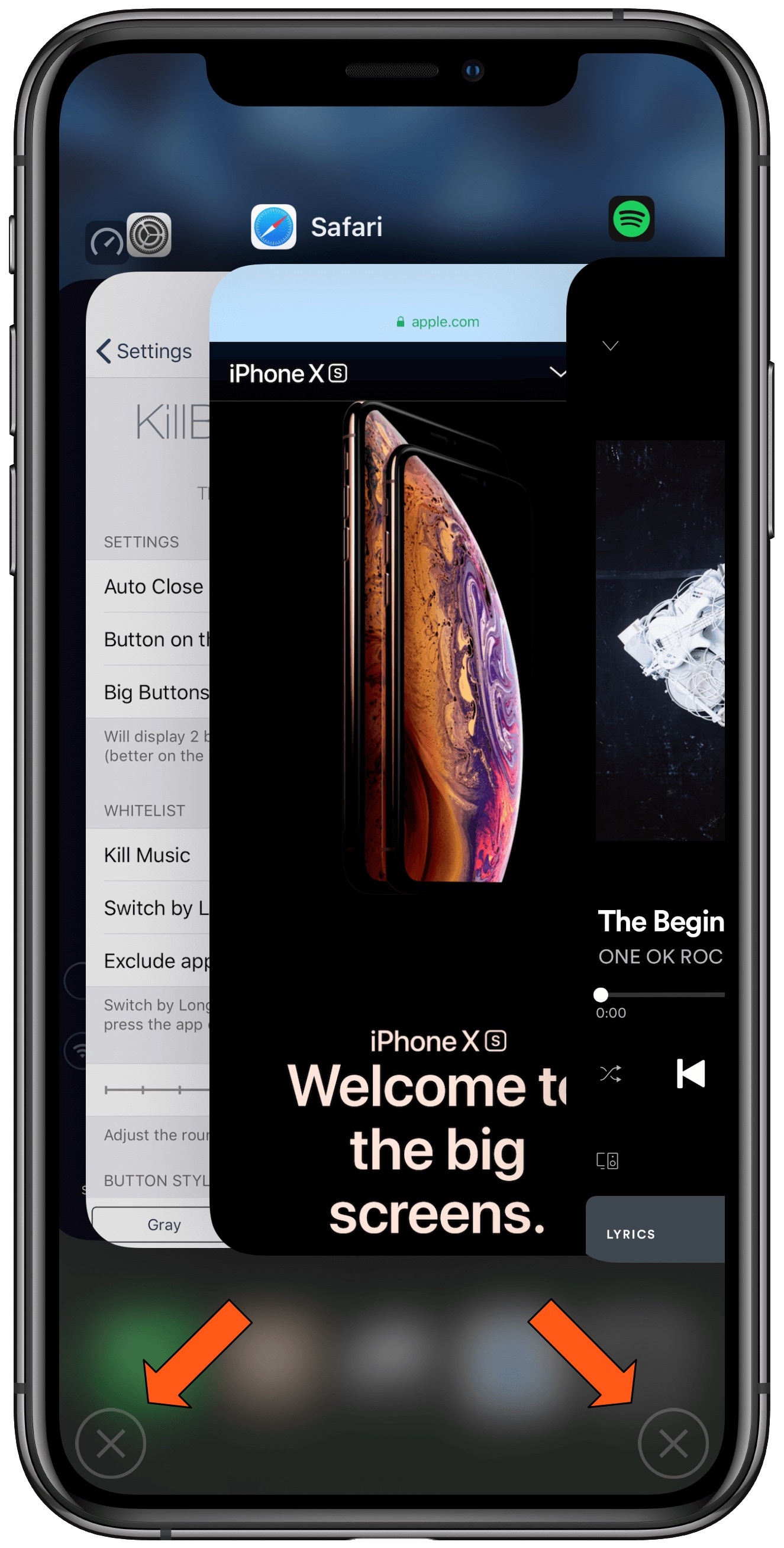 Closing out of all the applications in your App Switcher is generally frowned upon because it defeats the whole purpose of having apps suspended for faster loading times the next time you go to use them. On the other hand, some people just can’t help themselves.

If you fall under this category and you wish there was an easier way to close out of all your App Switcher’s apps in one fell swoop, then you just might take a liking to a jailbreak tweak release called KillBackgroundXS by iOS developer ichitaso.

As you might have noticed in the screenshot example above, KillBackgroundXS adds two buttons to the bottom left and right of the App Switcher interface, which can be used to force-quit all the apps in your App Switcher with just a tap.

Upon tapping one of the buttons, you’ll be presented with a confirmation message asking if you’re sure that you want to force-quit all the apps: 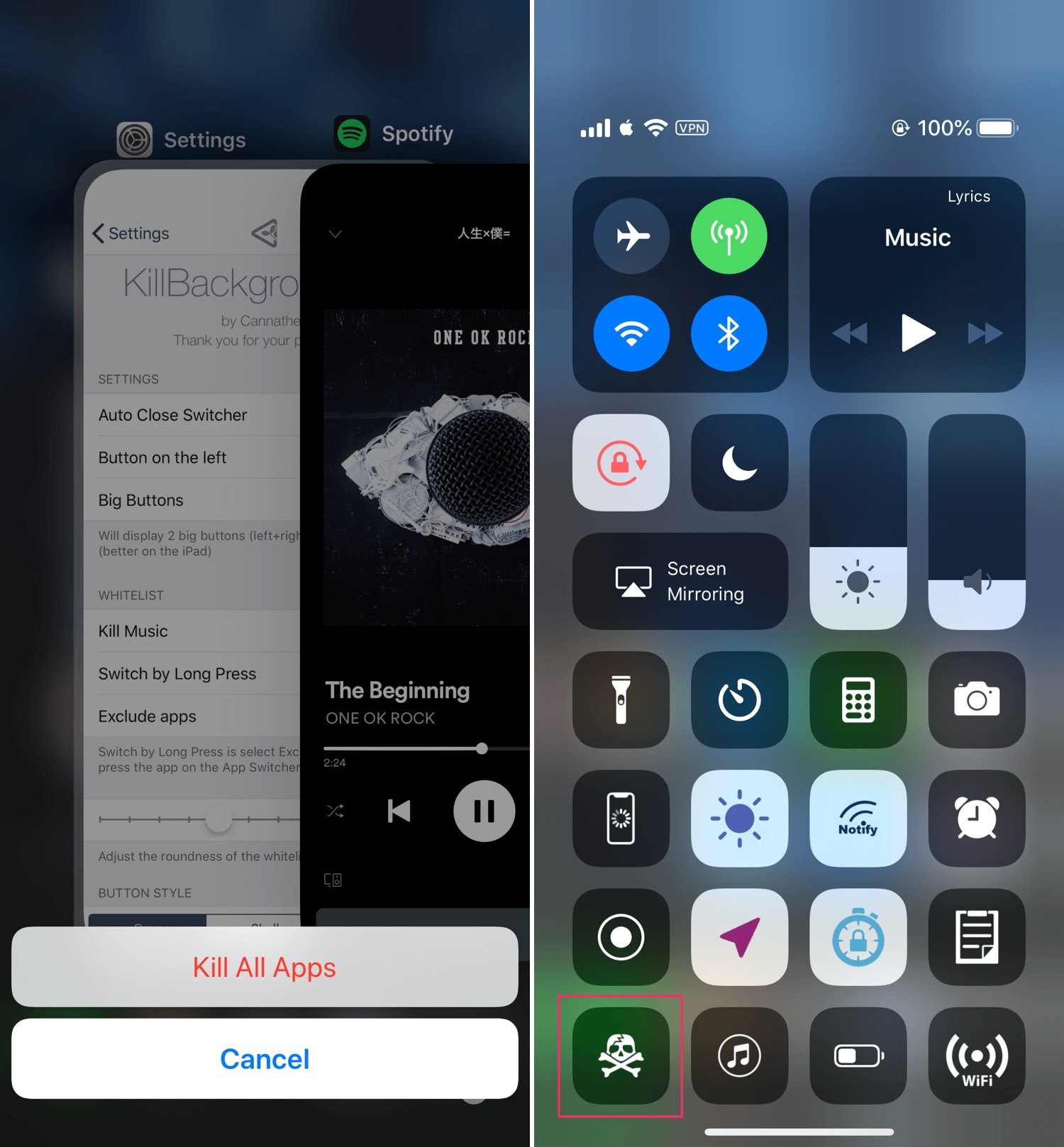 You’ll also notice that KillBackgroundXS adds a new button to Control Center, and this is essentially a Flipswitch toggle based on CCSupport that can perform the same action without ever opening the App Switcher. The Control Center button is optional, but you’ll need to install CCSupport and Flipswitch if you want to use it.

It’s worth noting that KillBackgroundXS isn’t a new concept, but rather a remake of the popular KillBackground tweak by iOS developer Mathieu Bolard for modern firmware and devices.

Once installed, KillBackgroundXS adds a preference pane to the Settings app where you can configure the tweak to your liking:

The developer provides an option to reset the settings to their defaults at the bottom of the preference pane. There doesn’t appear to be a respring button, so respringing isn’t necessary to save changes to the settings.

Given just how controversial force-quitting all your App Switcher apps tends to be, this tweak really comes down to just how OCD you are and whether you can stand having a running history of your most recently-used apps when you put your phone down.

If you’re interested in trying KillBackgroundXS, then you can download it for $1.00 from the Packix repository in Cydia or Sileo. The tweak supports all jailbroken iOS 11 and 12 devices.

What are your thoughts regarding killing all the App Switcher apps? Discuss in the comments section below.