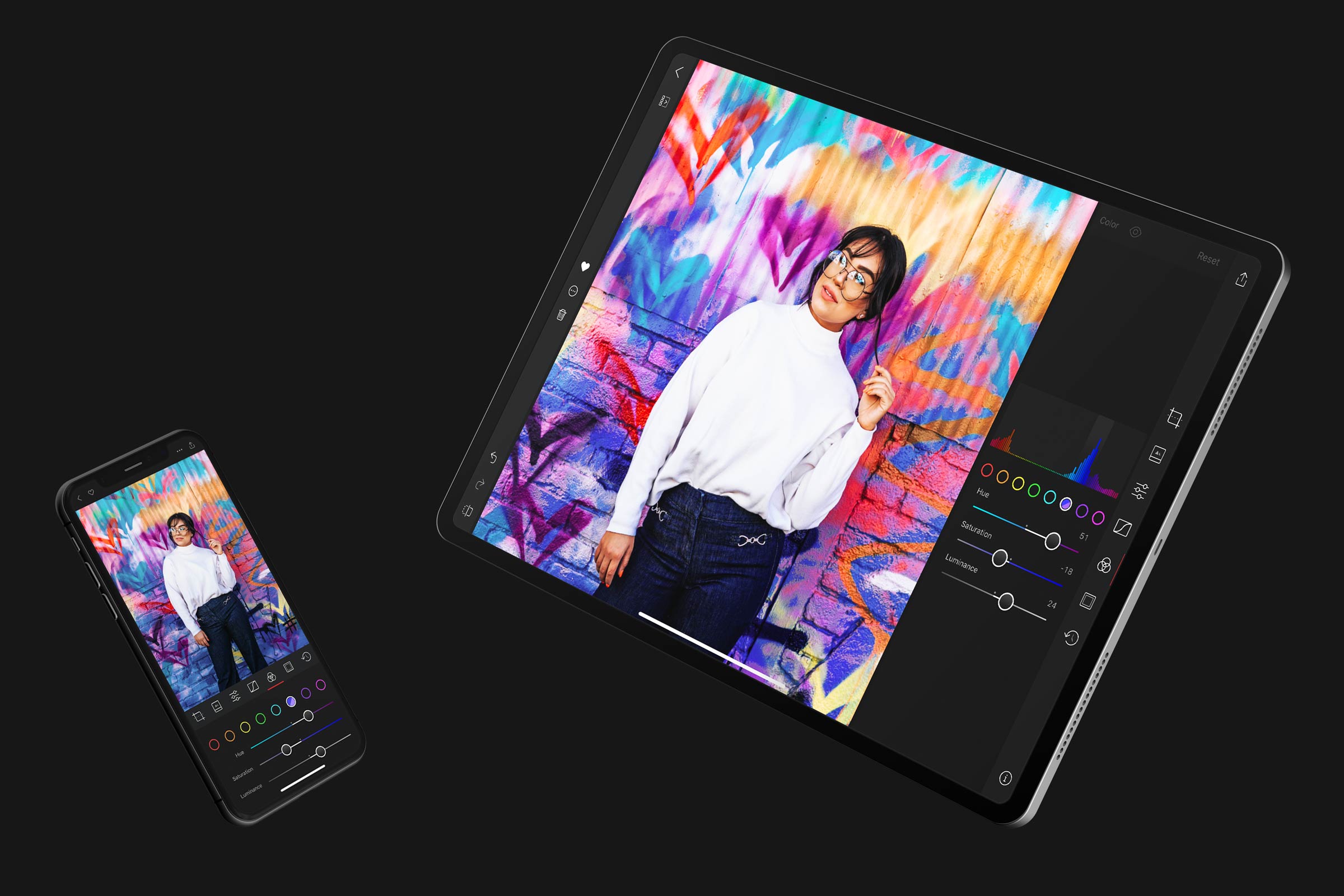 Darkroom, a tremendously useful and popular iPhone photo editor featuring premium filters, batch processing, RAW and large image support and more, is coming to an iPad near you.

Billed as a “desktop-class software without the desktop” in line with Apple’s positioning of iPad Pro as a PC replacement, the upcoming app promises to bring not only a native iPad interface, but tons of tool improvements, keyboard shortcuts, a handy landscape photos trip, better multitasking and responsiveness with features like drag and drop and the iPad multitasking modes like Split View, and much more.

‘Oh Wow!’ — that was our first reaction when we tried the new Darkroom on iPad. We think you will agree, join Testflight and try the beta!

The much bigger screen, the exposition of previously hidden and secondary tools, the performance and smoothness. iPad showcases the true power of Darkroom in a radically new, yet completely familiar way.

While iOS has supported RAW image capture in third-party apps for years, the stock Camera app still won’t shoot in RAW and you can’t really develop RAW images in Photos.

But with premium camera apps like Halide, capturing RAWs is a piece of cake.

And to develop those files, you need an app like Darkroom. With its extended RAW+JPEG support, you can quickly and easily switch between RAW and JPEG version of a photo when they’re available. And with handy library badges, you can differentiate between RAW and RAW+JPEG assets with a glance.

The iPhone app in its most recent update also picked up a cool new Grain filter—an intelligent, advanced film-simulation grain that adapts to your photographs to create a much richer texture, especially with the video component of your Live Photos (remember these?).

Darkroom for iPhone is a free download from App Store.