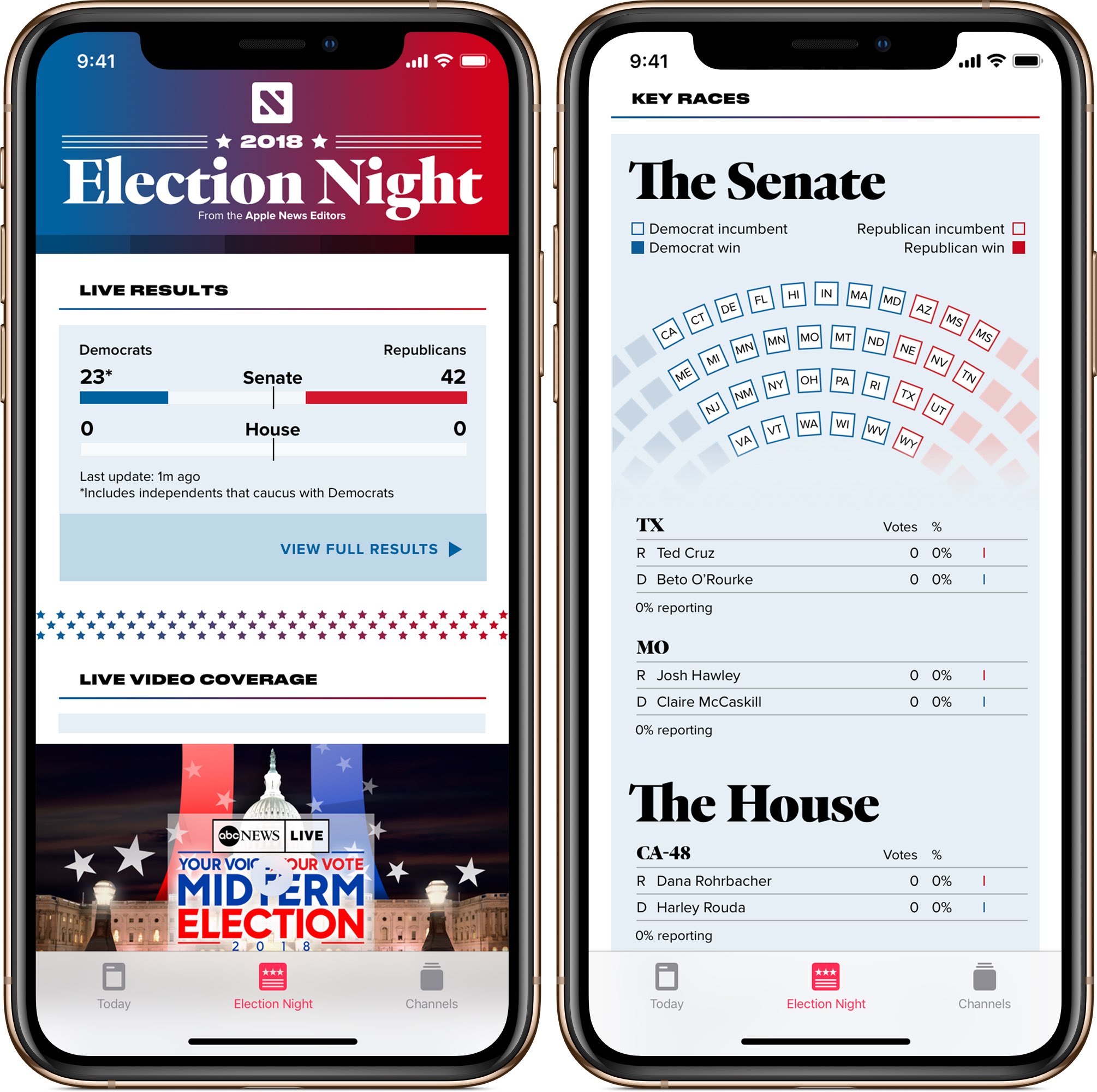 The Apple News service will provide readers with real-time election results starting at 8pm ET on November 6, replacing the existing 2018 Midterm Elections channel that went live in the summer with a brand-new Election Night section.

TechCrunch says the new section won’t just showcase live results and aggregate the latest election news and updates on key Gubernatorial races, but also include infographics and the full list of per-state election results along with House and Senate seats, with the data refreshed every minute or you can refresh the page manually to force the update at any time.

Apple has created this interactive experience within the News app in partnership with the Associated Press, using their data. Reporting will come from partners like Axios, Politico, The Washington Post, Fox News, CNN, The New York Times, CBS and others.

CBS News, CNN and Fox News will contribute video clips to the Election Night hub. ABC and NBC News will offer their respective live video feed that’ll show up in a widget alongside the Live Results infographic.

You won’t have to authenticate with a TV provider to watch the videos in this hub and Apple says news coverage won’t be driven by algorithms. A recent New York Time piece has extensively documented how Apple uses real human editors to feature content in the News app rather than let algorithms govern the stories people get exposed to.