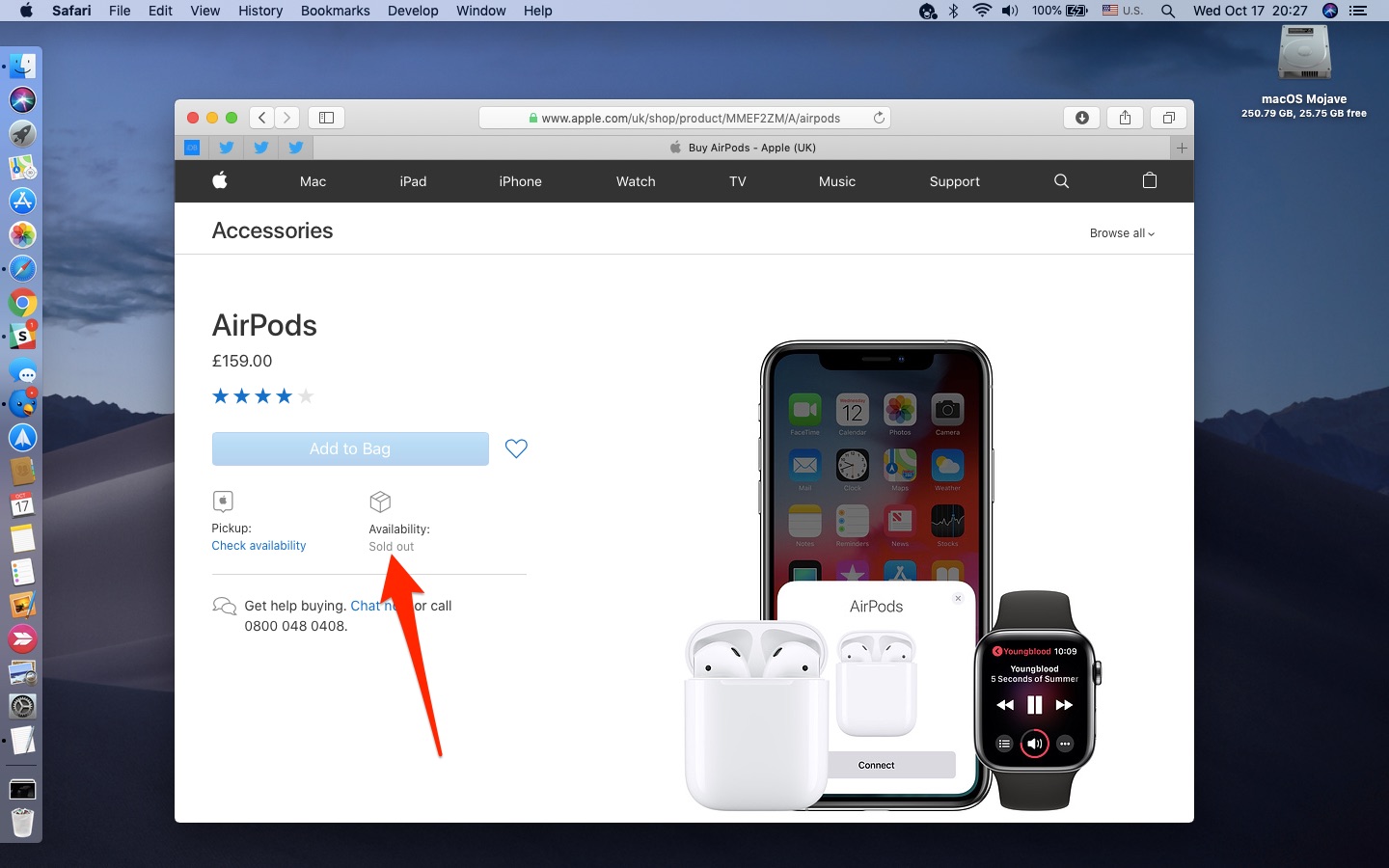 Apple’s AirPods earphones were available virtually everywhere this morning but have gone out of stock across Europe after just a few short hours, according to local Apple online stores.

UPDATE: It was just a temporary blip: AirPods are now back in stock in most European countries and listed as shipping on Friday, October 19.

At the time of this writing, AirPods were unavailable via the company’s online store in France, Germany, Italy, Sweden, Spain, Austria, the United Kingdom and elsewhere in Europe.

We’re just speculating, but this unexpected stock shortage could hint at some kind of an inventory issue with the Apple Online Store in Europe. Or maybe it’s just a temporary blip in production, shipping or delivery? Who knows, it’s difficult to say with certainty because we don’t have insight into the logistical challenges that Apple and its partners may be coping with.

For what it’s worth, AirPods in some other global markets are not available immediately. In Australia, they’re listed as shipping on October 23 and in Japan on Friday.

As other people said, the fact that Apple promised to ship a Qi compatible wireless charging case for AirPods by the end of 2018 might mean it could start shipping that any day now, really.

Next year, AirPods are expected to receive a substantial overhaul with new features like standalone Hey Siri functionality, water resistance and other perks. I know what you’re thinking, but we still have nothing to share about potential availability concerning that elusive AirPower multi-device charging mat because the company is presently refusing to talk about it.

At any rate, we’ll be definitely attempting to get to the bottom of the sudden AirPods stock shortage and make sure to update this article with new information as it becomes available.