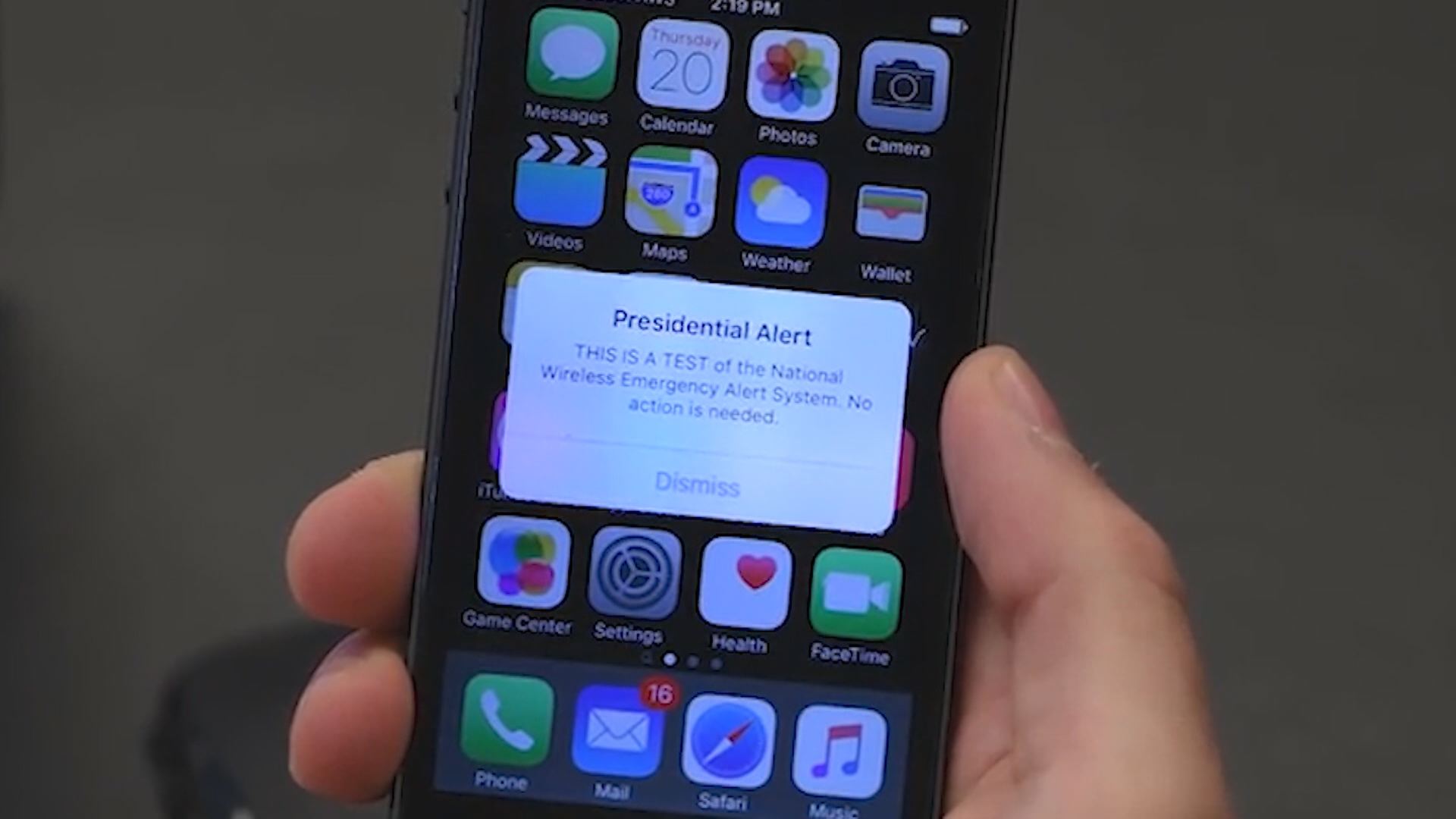 For those in the United States, today is the day the government plans on testing the presidential alert system. During the test, you’ll hear a warning tone on your iPhone that should sound familiar.

Beginning at 2:18 EDT, the Federal Emergency Management Agency (FEMA) will push out a pop-up message to cellphones that reads:

THIS IS A TEST of the National Wireless Emergency Alert System. No action is needed.

At the same time, you’ll hear the same sound that occurs during AMBER and weather alerts. Unlike those alerts, however, a presidential Alert can’t be turned off using the Settings app on your device. In fact, phones that are missing SIM cards or aren’t activated will also receive the alert if they are on.

If you own an Apple Watch, you will also see the message there, assuming it’s connected to your phone.

📳 TODAY (10/3): At 2:18 PM EDT, we will be testing the Wireless Emergency Alert system nationwide. Expect a message box on your phone along with a loud tone and vibration.

A presidential alert doesn’t come from President Trump — from his desk, smartphone, or otherwise. Instead, the message would be crafted by FEMA officials working with other agencies during a nationwide emergency. A 2016 law requires FEMA to test the National Wireless Emergency Alert System every three years.

Today’s test was originally planned for September 18 but was been postponed until today, Oct. 3, due to ongoing response efforts to Hurricane Florence.