Much to the dissatisfaction of the folks who had worked hard on a version of Apple’s set-top box that could integrate with cable services, that Apple TV product never saw the light of day.

An Apple TV that one could plug a coaxial cable into sounds like the dream set-top box that we’ve all been waiting for for quite a number of years now. Such a product would pair the world of streamed Hollywood entertainment with the traditional cable subscription, creating an indispensable entertainment hub that also ran other apps, played games and so forth.

ROUNDUP: The best clock apps for your Apple TV

As a matter of fact, Apple did plan on merging the two worlds as a way of replacing set-top boxes distributed free of charge to subscribers by the likes of Comcast and Time Warner Cable. The device was able to handle the combination of live and on-demand video with ease.

However, the Cupertino technology giant ultimately chose to abandon the project due to business disagreements with the potential cable partners, who would rather eat their hat than license their programming to the powerful cord-cutting company that poses a major threat to the traditional cable business, operators and content owners.

This previously unknown piece of Apple history was revealed in a recent story about Eddy Cue by The Information’s Aaron Tilley, who interviewed half a dozen ex employees to offer an inside look at the world of Apple’s services boss and chief negotiator with Hollywood.

Around four years ago, Mr. Cue oversaw development of a version of Apple TV that could integrate with cable services, with the goal of replacing set-top boxes distributed by the likes of Comcast and Time Warner Cable, said a former Apple employee.

The Apple TV box—with a coaxial cable port for plugging into cable networks and software to handle the combination of live and on-demand video—never launched due to disagreements with the potential cable partners. Apple engineers involved in the product were dispirited, said a former employee.

Apple recently announced that Charter Spectrum cable subscribers can replace their cable boxes with Apple TVs without the coaxial port.  Customers in nearly 50 million US households will gain access to live channels and tens of thousands of on-demand programs via a new Spectrum TV app on their Apple TV 4K, , iPhone and iPad.

The channel apps is seamlessly integrated with Siri and Apple’s own TV App. 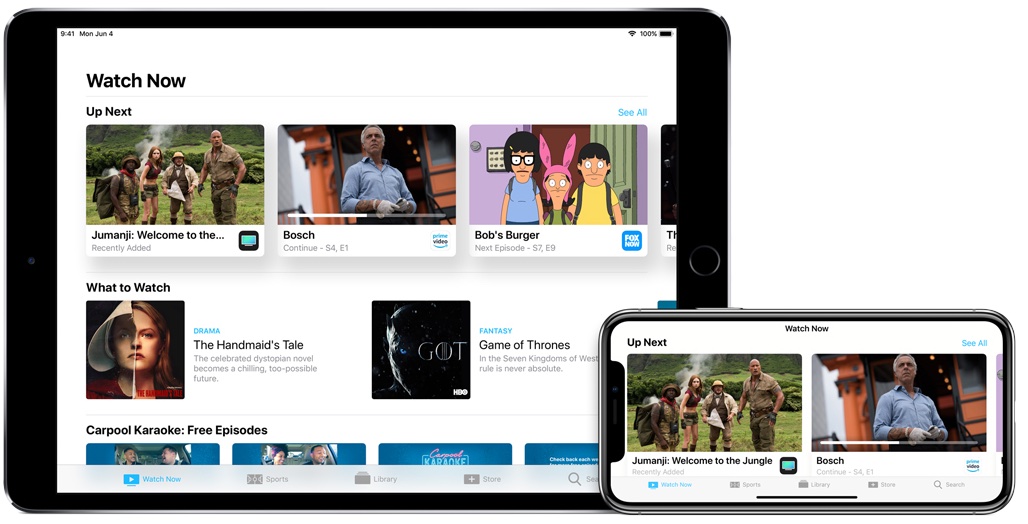 “In addition, as part of this collaboration, Charter will be offering iPhone and iPad to customers as they grow their mobile presence,” Apple wrote in a press release announcing tvOS 12 earlier this summer. Charter Communications is the second-largest cable operator in the US.

Coming exclusively to the Apple box this fall, Charter Spectrum will mark Apple TV’s very first provider to support Zero Sign-On, a new feature of the upcoming tvOS 12 software that lets your box securely approve all your favorite video apps. “Zero Sign-On begins with Charter later this year and will expand to other providers over time,” Apple acknowledges.

ROUNDUP: All the TV shows Apple’s working on

The Cue profile includes a bunch of other tidbits, like how the company passed up 2009’s opportunity to enter the video-streaming business by offering streaming versions of Showtime’s and Starz’s channels and content through iTunes.

While Apple’s video team embraced the idea of cutting deals with the channels as an initial step to get into video streaming, Cue and Jobs saw deals with just a few entertainment providers as “too piecemeal” and unworthy of Apple’s reputation for premium products.

“If Apple was going to get into streaming packages of content, it had to be all the major broadcast networks and some of the big cable channels and sports,” said an executive there at the time, according to The Information story.

Another tidbit from the story: Cue, who is 53 years old, apparently became so overworked that he fell asleep during important meetings on several different occasions. In at least two of these situations, the executive began snoring, one source said.

So, are you glad or sad that Apple TV lacks a coaxial input?