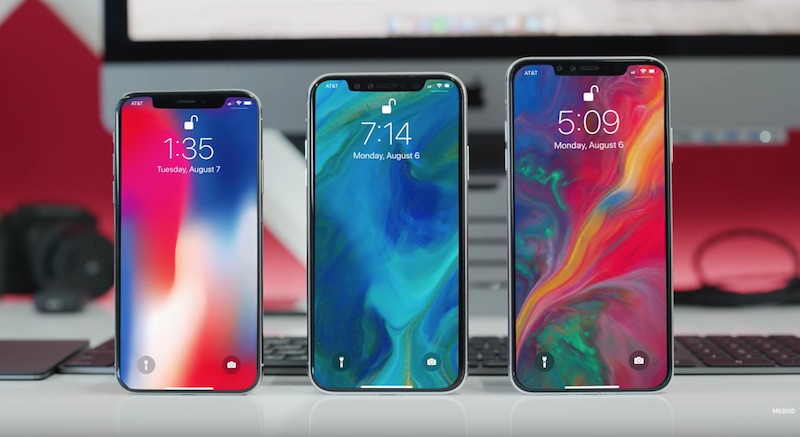 Apple will start taking pre-orders for its three upcoming iPhones next month on Friday, September 14. If true, it indicates the Cupertino tech giant should announce the new phones earlier that week, probably on Wednesday, September 12, coinciding with our own educated guess.

An announcement on September 11 is out of the questions, for obvious reasons.

According to German blog Macerkopf.de (Google Translate), Apple has internally informed top German wireless carriers about the pre-order date. The publication has a good track record of learning about new iPhone pre-order dates based on confidential info obtained from carriers.

Analysts, rumor-mongers and fans are all expecting a trio of new phones models from Apple for 2018: a refreshed 5.8-inch iPhone X, a new 6.5-inch iPhone X Plus model and a new 5.1-inch phone. The second-generation iPhone X and iPhone X Plus are expected to feature OLED panels while the new mid-tier 5.1-inch device will use cheaper LCD technology.

All three models should adopt iPhone X’s near-fullscreen design along with the controversial notch, no Home button and Apple’s TrueDepth camera system powering Face ID, Animoji, Memoji, Portrait selfies and more. One of the models may come with built-in Apple Pencil support and others should offer 512GB of flash storage.

Thoughts on the pre-order date?

Are you planning on upgrading to one of the new iPhones, and if so which one?