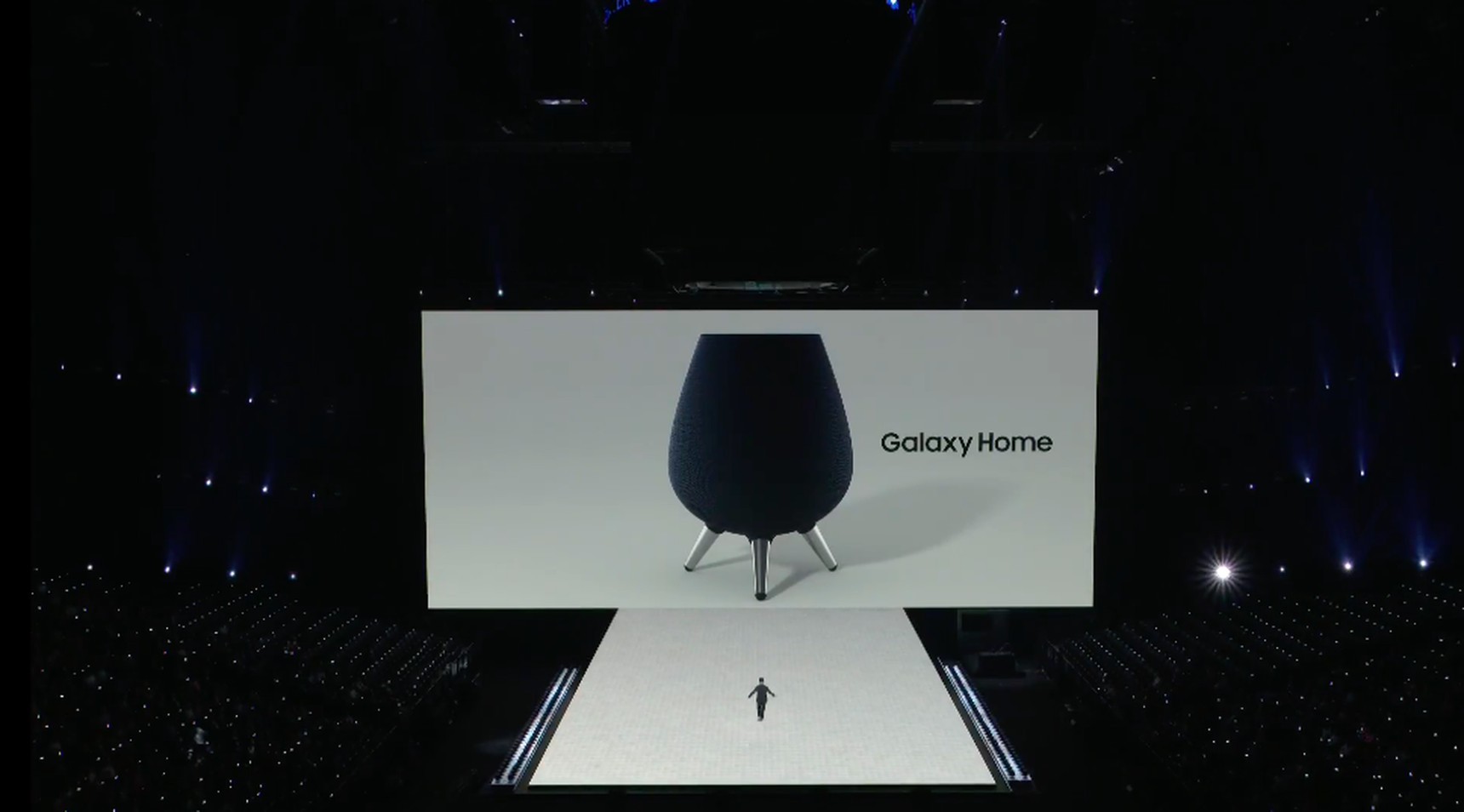 There’s a new smart speaker set to arrive this year, and like the Apple HomePod, it’s going to be sold at the top end of the emerging smart home market. The Galaxy Home speaker is the first to include Samsung’s Bixby voice assistant; it was announced earlier today alongside the Note 9 smartphone and Galaxy Watch.

With a price to be announced in November, the Samsung Galaxy Home speaker sits on three metal legs and is surrounded by black fabric. On the device’s flat top, you’ll find a control panel featuring buttons for changing the volume and skipping tracks. Inside the speaker are six speakers and a subwoofer. There are also eight far-field microphones used to detect voice output.

Saying “Hi, Bixby” controls the speaker, although Samsung has been mostly mum on what types of things you can doing communicating with the voice assistant beyond playing music. It did announce, however, that Bixby would function might like it does on other Samsung devices such as the Note 9 and Galaxy S9 and Galaxy S9 Plus.

It will be interesting to see how much Samsung charges for the Galaxy Home speaker. The company has promised the new product will compete directly with the $350 HomePod, rather than the less expensive smart speakers from Amazon and Google. I wouldn’t be surprised seeing Samsung undercut Apple by $50.

The Note 9 and Galaxy Watch arrive on the market Aug. 24, which is about a month before Apple’s likely to release this year’s iPhones and Apple Watch.

We’ll know soon enough. The Galaxy Home speaker is expected to launch before the end of the holiday shopping season.