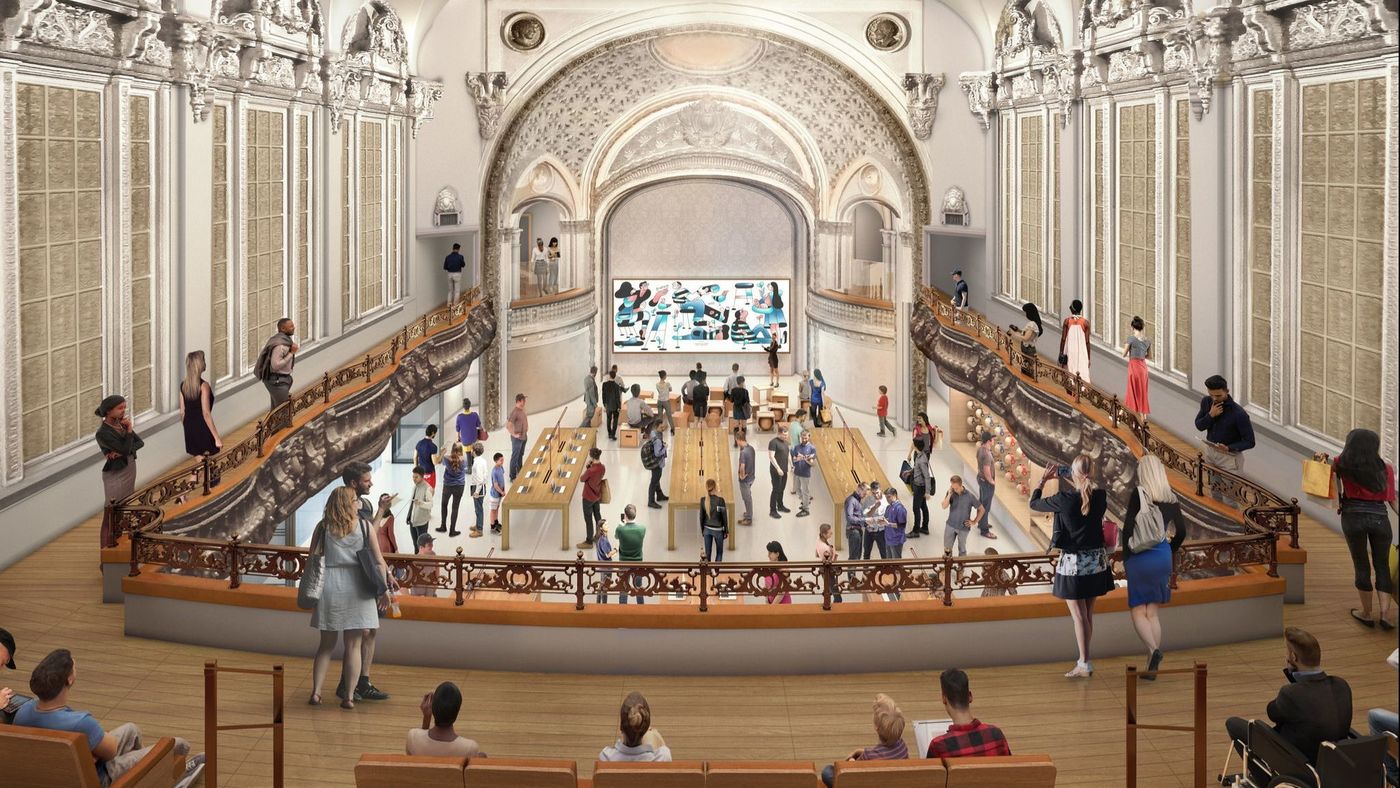 Apple on Thursday officially confirmed and announced it is planning to overhaul the interior of the iconic Tower Theatre building in Los Angeles, California (which was modeled after the Paris Opera House) and turn it into a flashy new flagship retail location at 802 S. Broadway.

Today, it shared details on the upcoming store with the Los Angeles Times newspaper.

Apple has the original blueprints for the Tower and will use them along with photographs and other records to restore original theater highlights such as murals, decorations and a leaded-glass window over the entrance. The building will also be seismically upgraded.

The newspaper speculated that the store may be intended to “make a statement to the entertainment industry” as the iPhone maker continues to invest in original video content as it gears up to rival Netflix, Amazon and other streaming entertainment providers.

The interior of the aging former movie palace in the Broadway Theater District is going to be turned into a store which the Cupertino technology giant says will be “one of the world’s most prominent” featuring its next-generation retail design, an interactive community space with programs, classes and other events for audiences of many ages, and more. 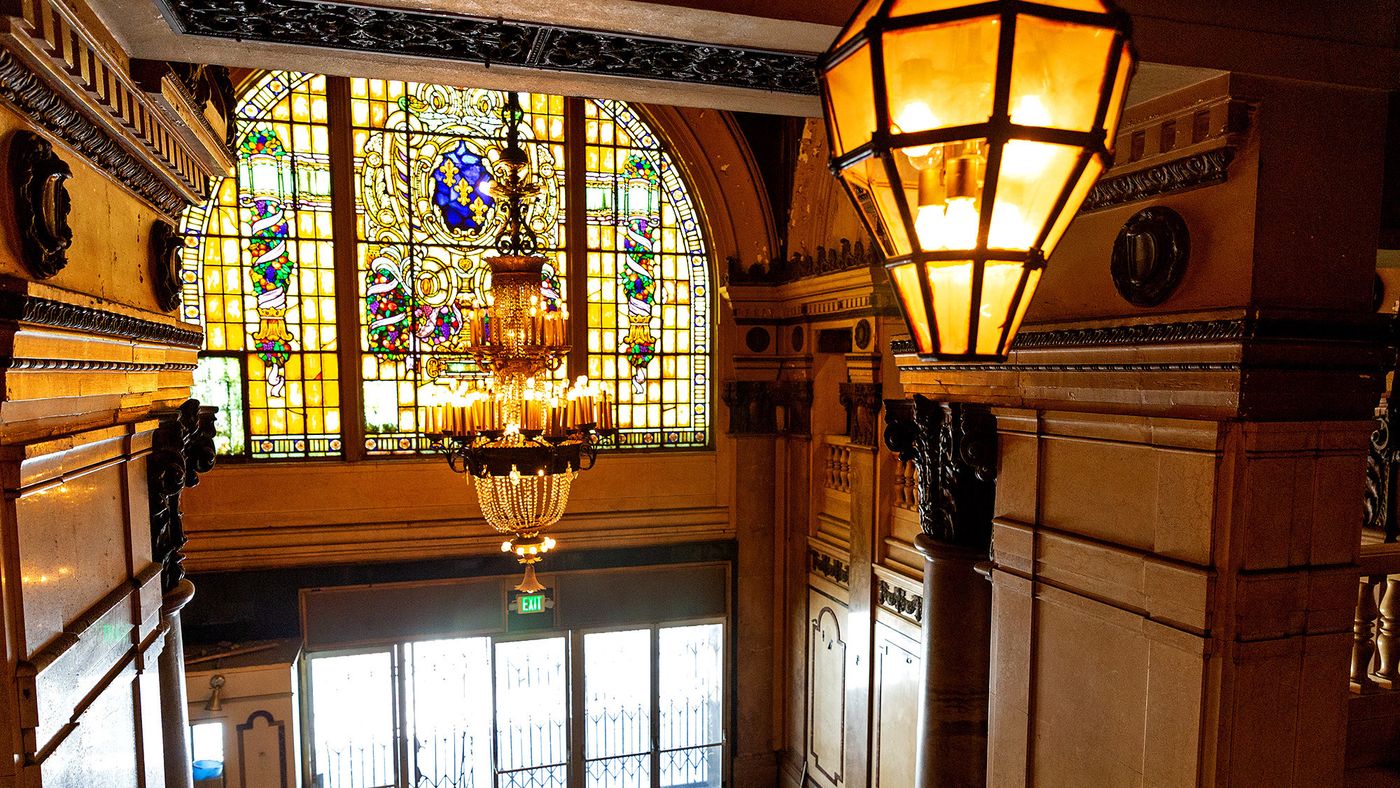 The old chandelier hangs in the lobby of the Tower Theatre

There will be various “Today at Apple“ seminars on shooting videos, art, design and music (some of which will draw hundreds of people), in addition to talks by experts in the fields of movies, television and music, classes tailored to children, a massive video wall, the “Boardroom” area downstairs from the theater where entrepreneurs will be able to get guidance on how to improve their businesses using Apple products, and much more.

A historic movie theater that opened in 1927 in the Broadway Theater District of Downtown Los Angeles, this iconic building is currently largely intact and has been abandoned for many years.

Only the huge auditorium has been used by the Living Faith Evangelical Church. 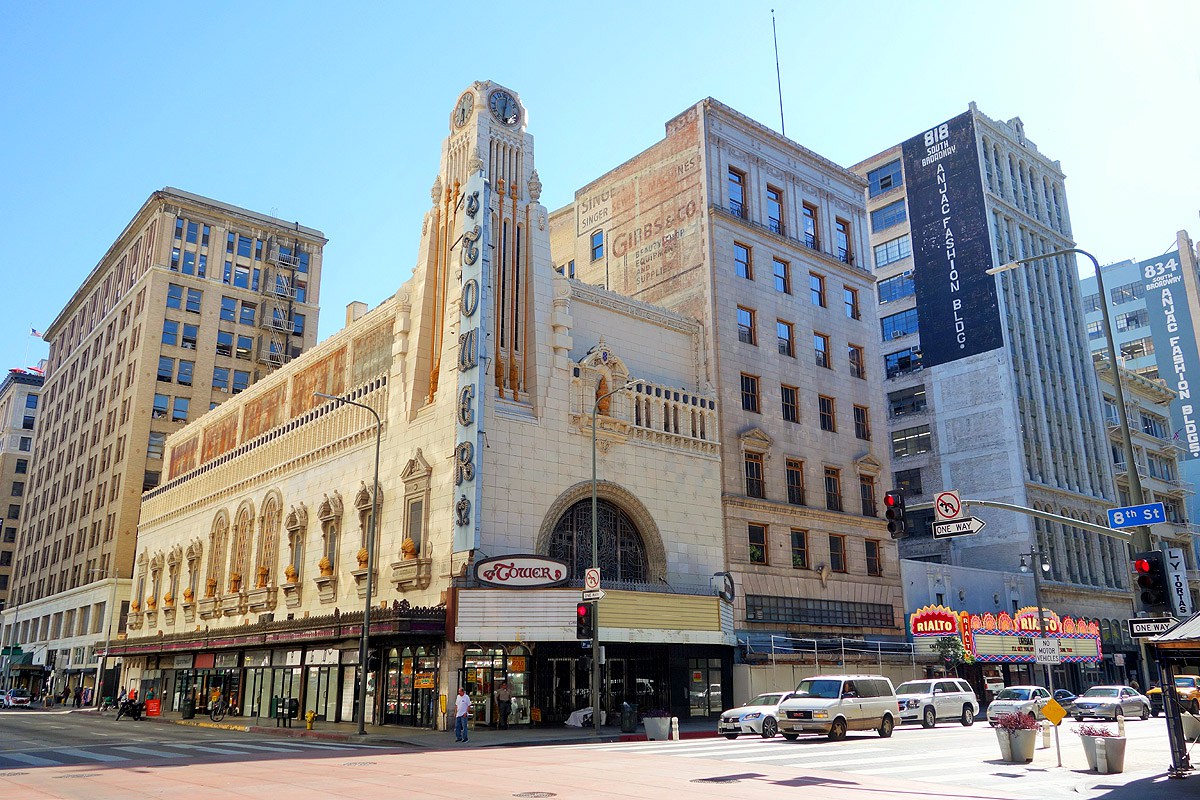 It’s been declared LA’s Historic-Cultural Monument and was among the first air-conditioned buildings in the city. The Theatre originally sported windows on the underground level.

Apple was inspired by those firsts the Tower garnered nearly a century ago. According to BJ Siegel, Senior Director of Retail Design at Apple, “All of that cool technology inspires us because we are a technology company and we are bringing new technology to the place.”

The Tower Theatre will be “in the upper echelon of what Apple does,” Siegel continued. “It very much differs from the other Apple stores you see in LA,” added the executive. 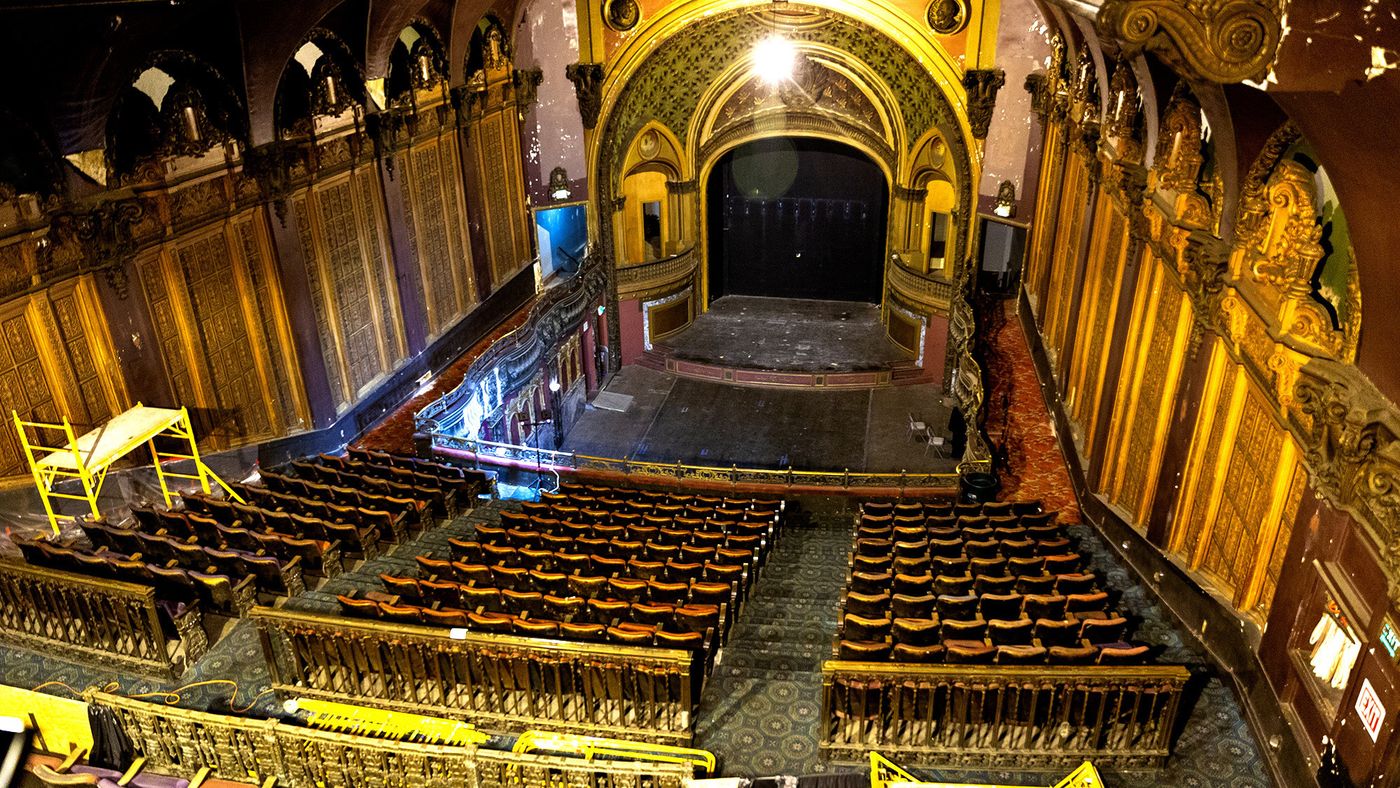 The interior of the Tower Theatre will be repurposed (Image: Robert Goulrey / LA Times)

The iPhone maker plans to lease the Tower Theatre, but declined saying how much the renovations and the lease might cost. The Cupertino biotechnology firm currently runs three retail stores in LA: Beverly Center, Century City and The Grove.

In November 2015, DTLA Rising claimed that Tim Cook & Co were interested in leasing the Tower Theatre for a flagship retail store. In May 2016, the Los Angeles Business Journal newspaper reported that the company was “in the process of securing a lease.

When a retailer like Apple comes to Broadway, other big name brands will follow and that’s going to to jack up lease prices and change the entire neighborhood.

Are you looking forward to checking out this forthcoming store when it opens?

Top image: an Apple rendering showing how the Tower’s interior will look after the renovation