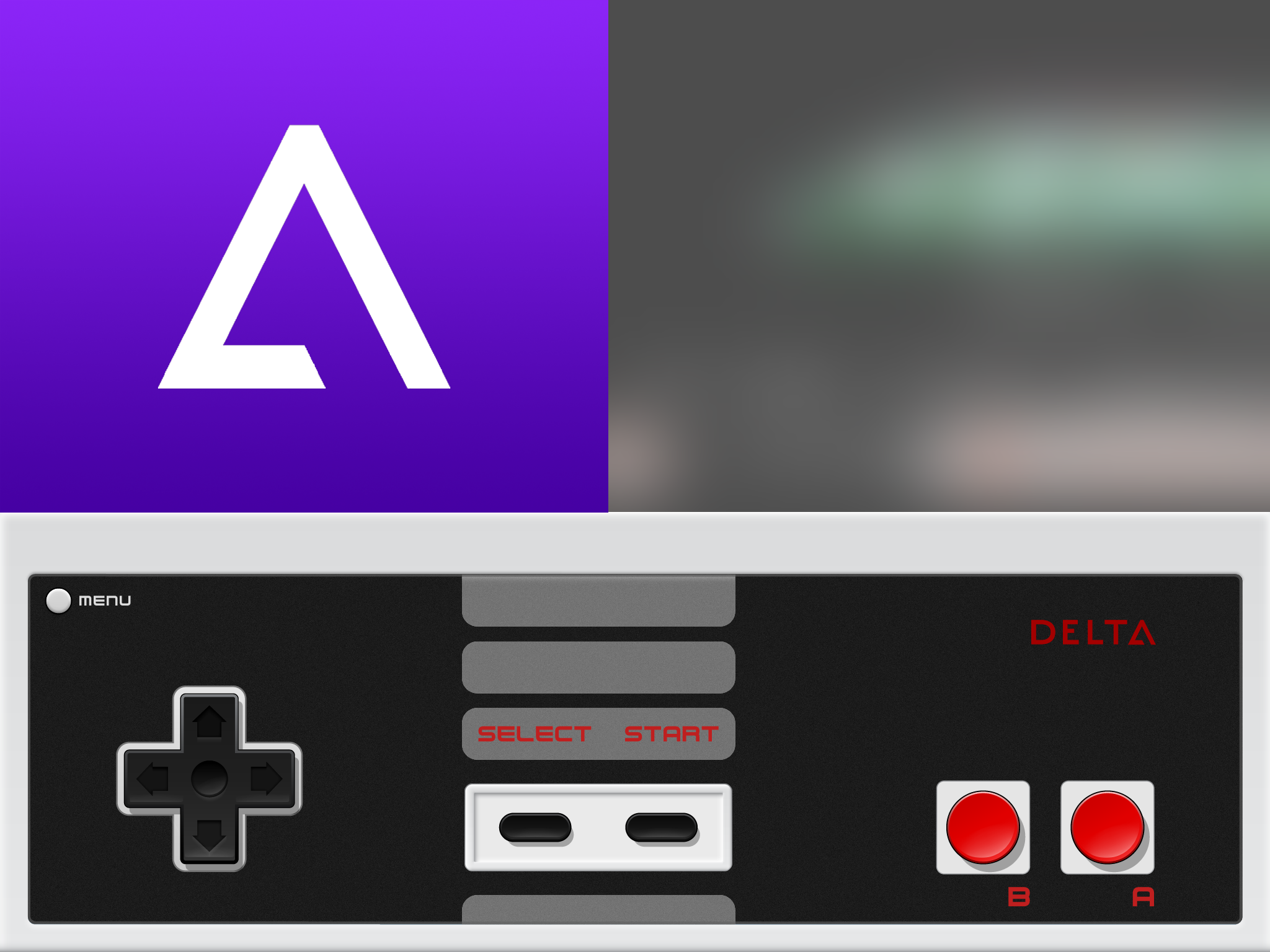 Riley Testut, developer of popular console emulator Delta for iOS (formerly GBA4iOS), has cooked up a little side project which will keep his fans occupied while we wait for Delta’s full release.

Delta Lite is not intended to replace the full version of Delta, and in fact will be incorporated into its final iteration, contributing its NES capabilities to the other emulators inside the increasingly multi-faceted app. The list of systems which Delta will boast now stands at:

If you haven’t been able to try a version of the closed Delta beta yet, don’t let it get you down. The NES emulator is available for all to try, and in this article we’ll give you a quick demo, and show you how to give it a go yourself.

To read the full release post from Riley Testut, check out his blog.

How to install Delta Lite on your iPad

You will need an iPad Air (1st generation) or newer, running iOS 11 or later, to use Swift Playgrounds. Newer iPad minis are also compatible.

1) First up, download Swift Playgrounds from the App Store.

2) Next, navigate to this page on your iPad, and click this link to add Delta Lite to the Swift Playgrounds app subscriptions. 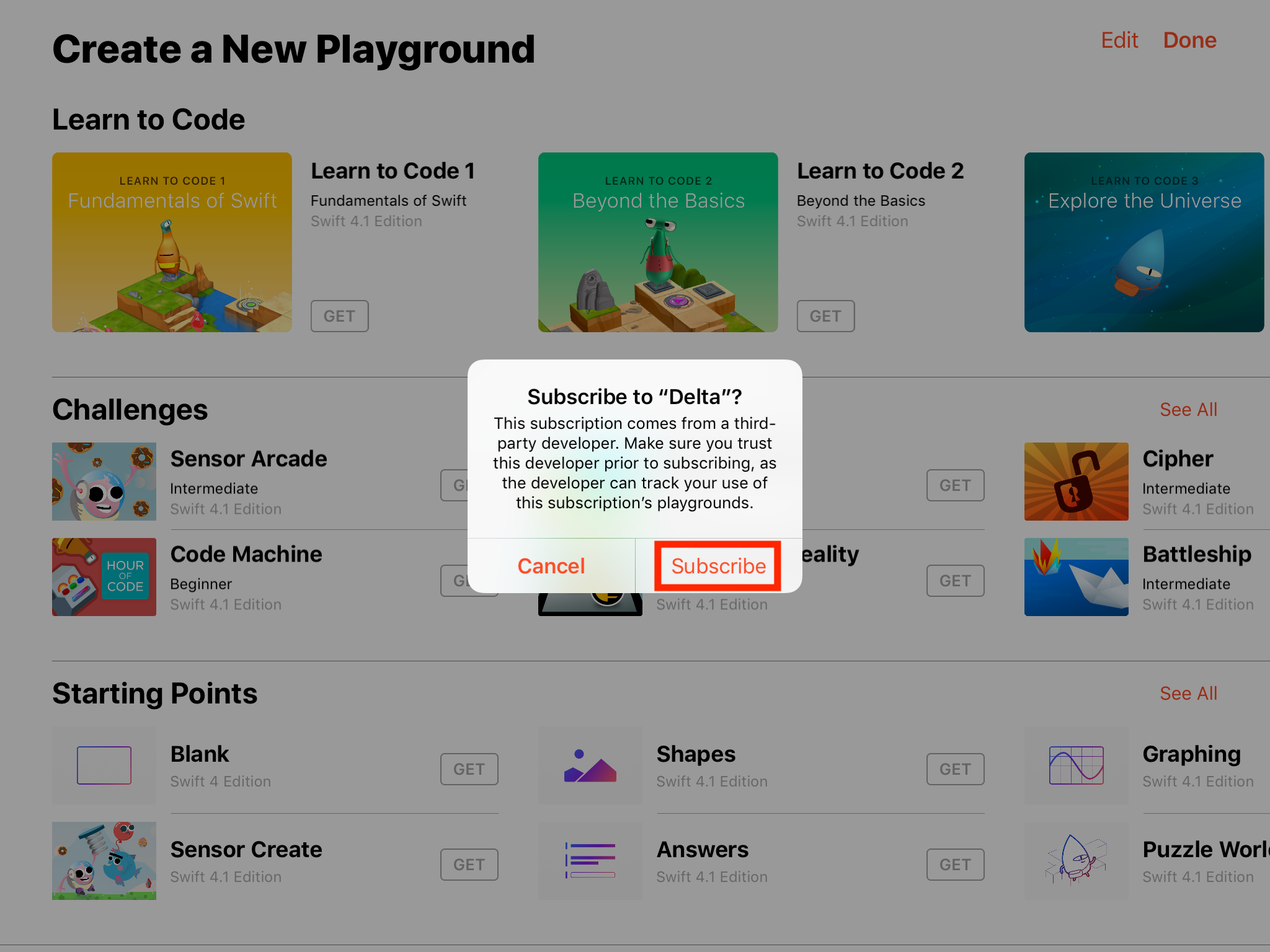 4) You’ll now be taken to the Delta Lite product page. Tap Get to download it. 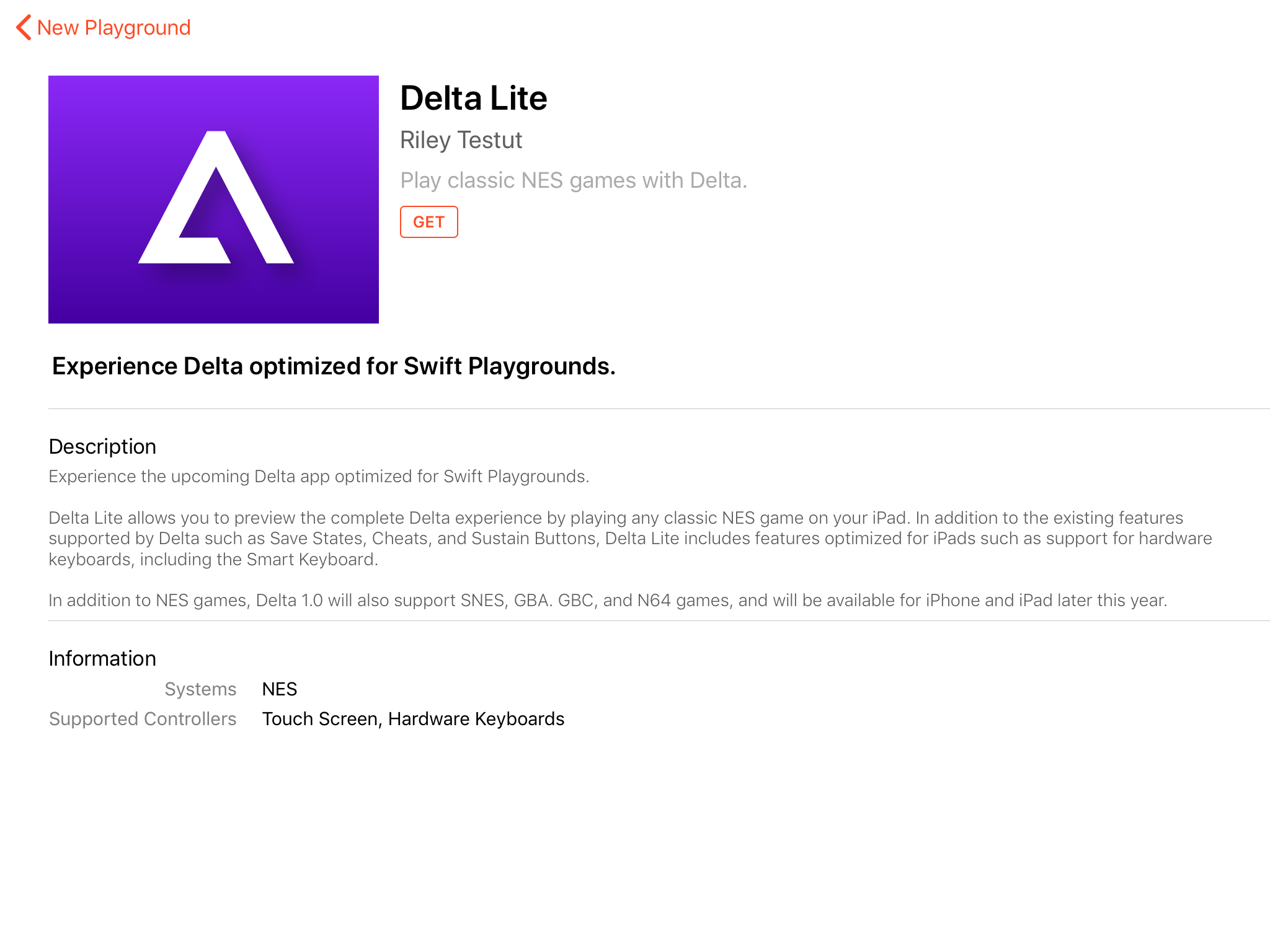 5) Once it’s downloaded, tap on its thumbnail in the My Playgrounds section, and then tap Open to launch it. 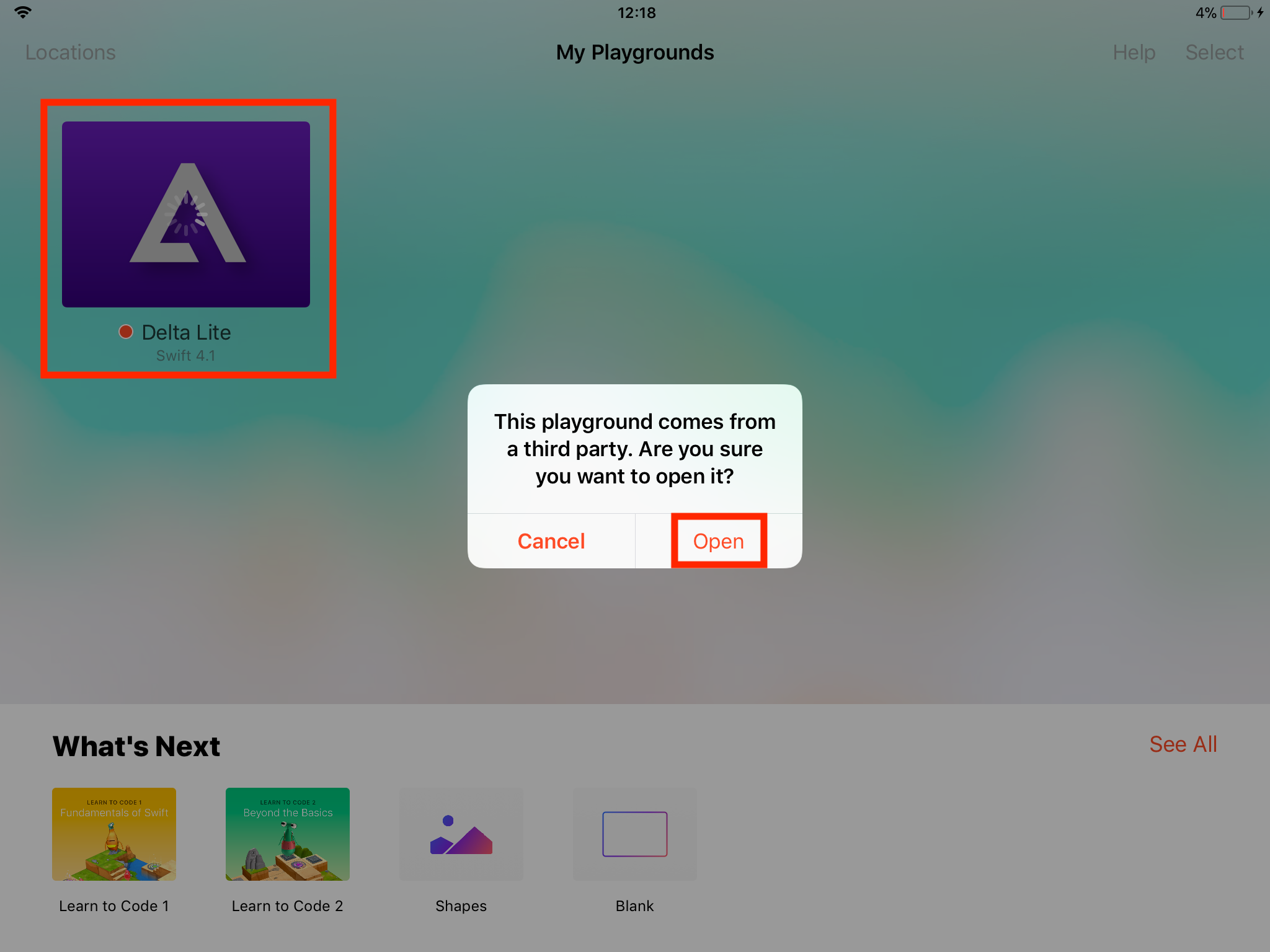 6) Make sure you have the Files app installed on your device, and add your NES games to your iCloud Drive. They must be stored there to import them into Delta Lite.

And press the landscape button to the right of it to import your game from iCloud Drive: 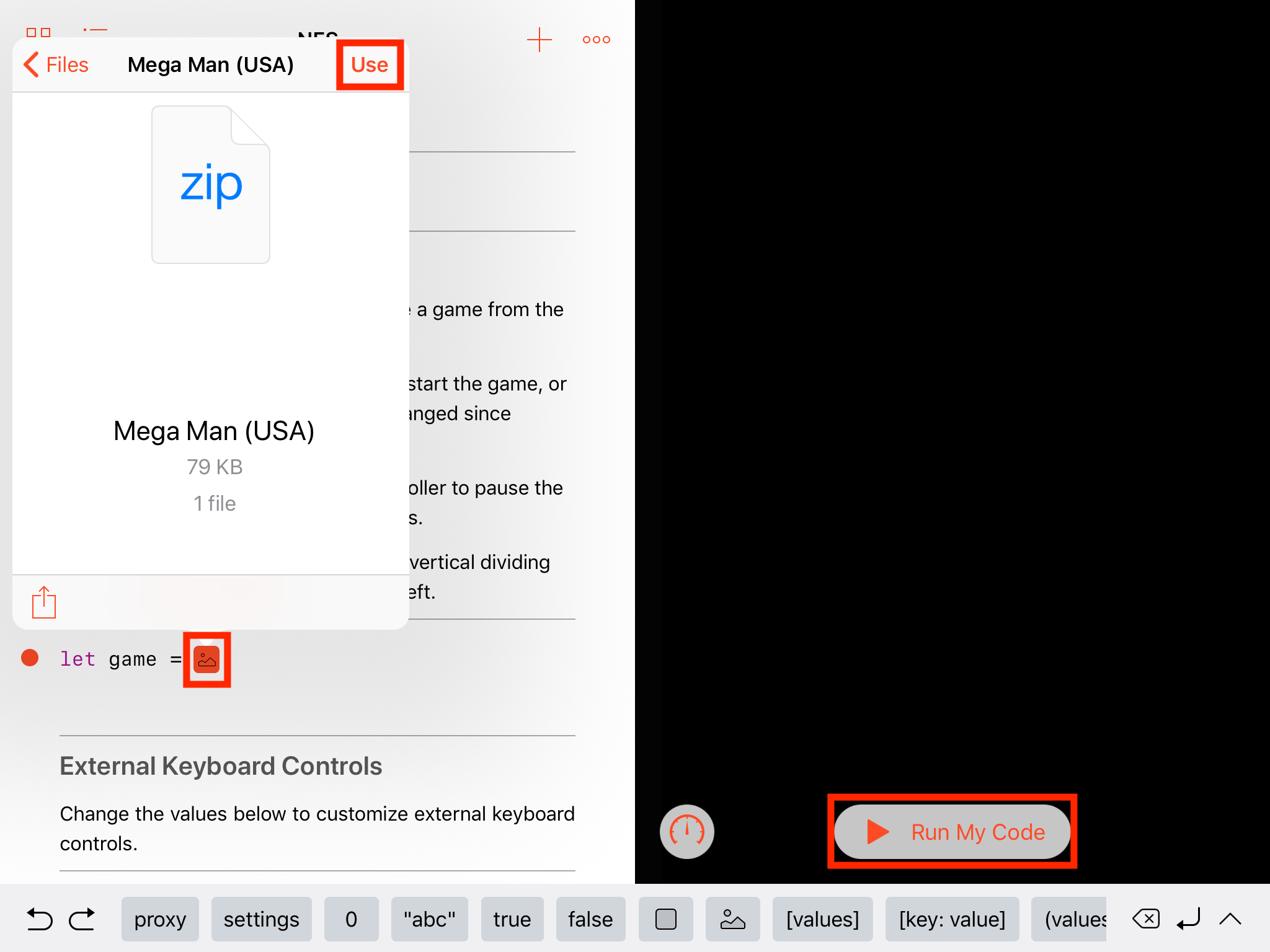 Select a game, and hit Use. Then press the Run My Code button to begin playing.

8) And there you have it! Mega Man in all his megalomaniac glory: 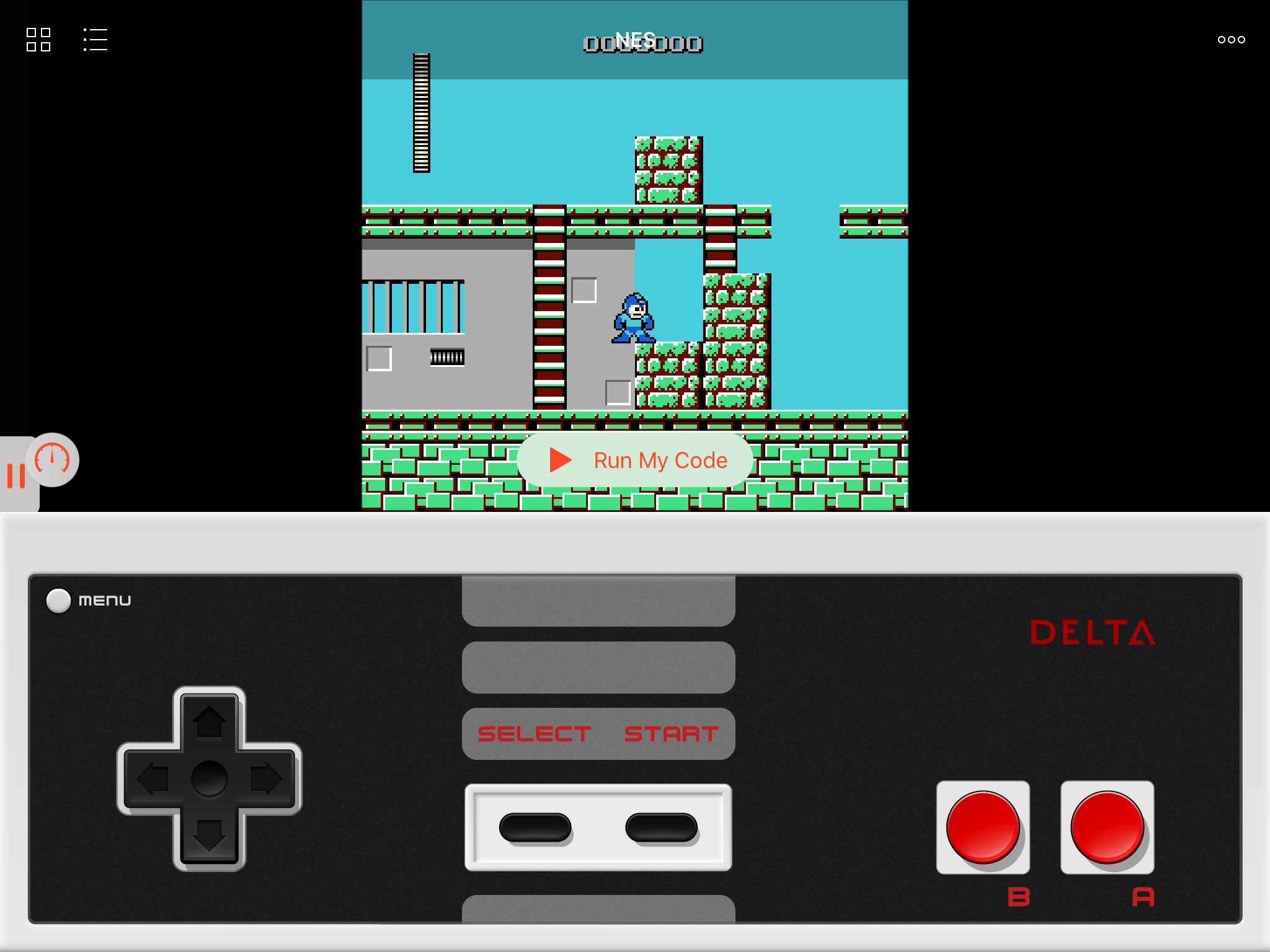 You may have to use the central slider to resize the playing window full-screen, as the basic interface looks like this: 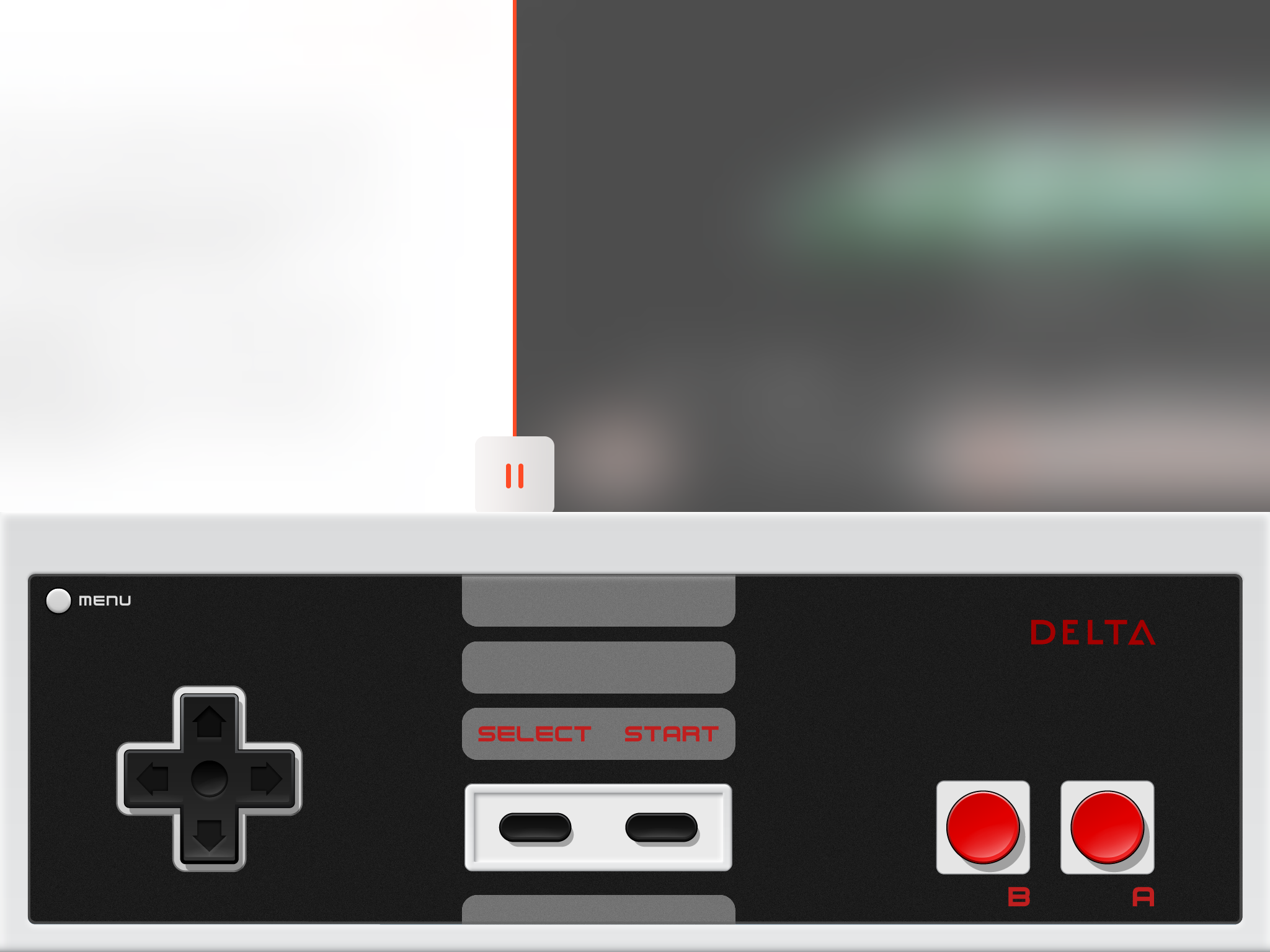 In my limited time with it, it seemed to play without bugs, though occasionally struggled a little for speed. I’d imagine the gameplay to improve a little with some more polish, and once removed from the Swift Playgrounds app and placed in its rightful home in the Delta app.

It’s nice to see that the work on Delta is continuing despite the long wait, and even though people are eager to get their hands on the full range of systems, this intriguing offering will hopefully tide people over for the time being.