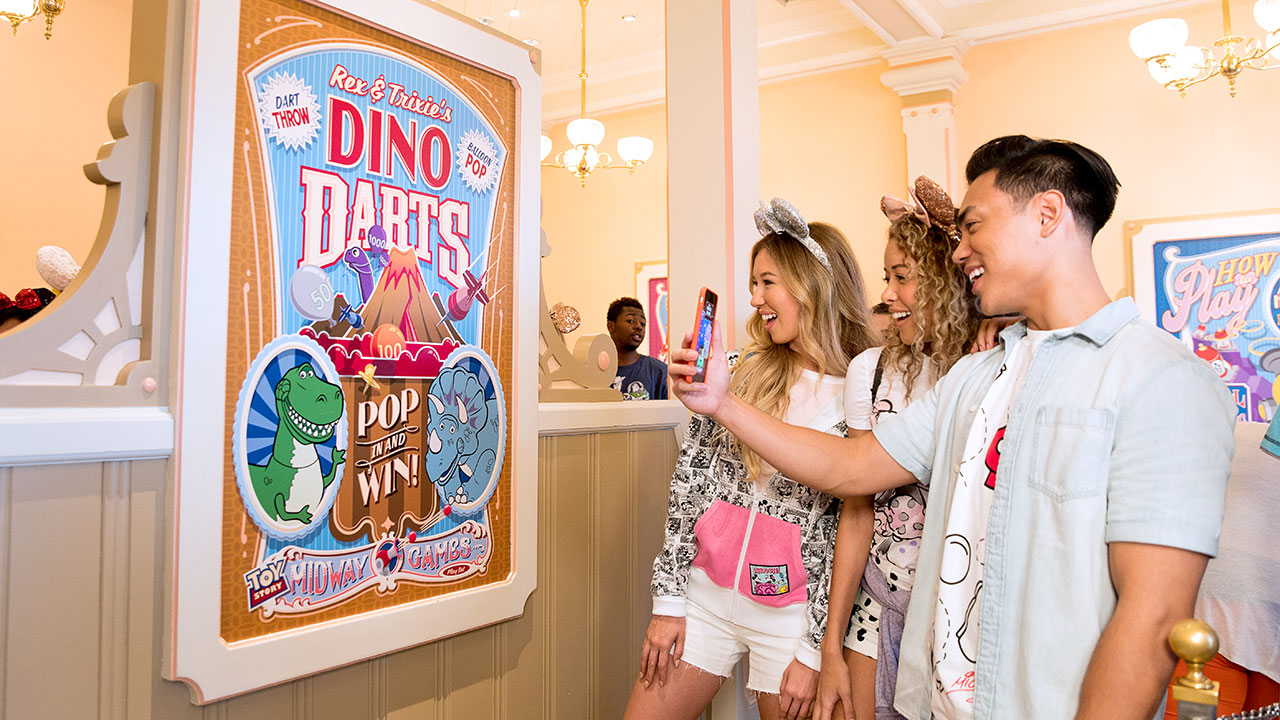 Standing in line is perhaps the worse part about going to a Disney resort. With the all-new Play Disney Parks app, Disney is trying to make the least attractive part of your stay more bearable by offering games that can only be played while waiting for a ride.

The free app, which launched on June 30, was designed for families and guests to enjoy together. As such, the interactive experiences and activities only work in select attraction queues at Walt Disney World in Orlando, Florida and Walt Disneyland in Anaheim, California.

The app uses beacon technology to determine your location.

At launch, the queuing games are available at “Playset Party” at Toy Story Mania! in Disney California Adventure park and Disney’s Hollywood Studios, “Off to Neverland” at Peter Pan’s Flight at Disneyland park and Magic Kingdom, “Rocket Race” at Space Mountain at Disneyland park and Magic Kingdom, and “Andy’s Boardgame Blast!” at the new Slinky Dog Dash coaster at Disney’s Hollywood Studios.

Not surprisingly, Disney has big plans for this app. The Play Disney Parks app will evolve over time with new experiences and offerings, including the eagerly anticipated Star Wars: Galaxy’s Edge, coming to Disneyland Resort in summer 2019 and Walt Disney World Resort in late fall 2019.

If you’ve ever visited a Disney resort, you surely know just how annoying the constant standing in line can become. Thanks to the Play Disney Parks app, that experience might just become a little bit better.

You can download the Play Disney Parks app on the App Store.

Would you consider using this app at your next park visit? Let us know below.