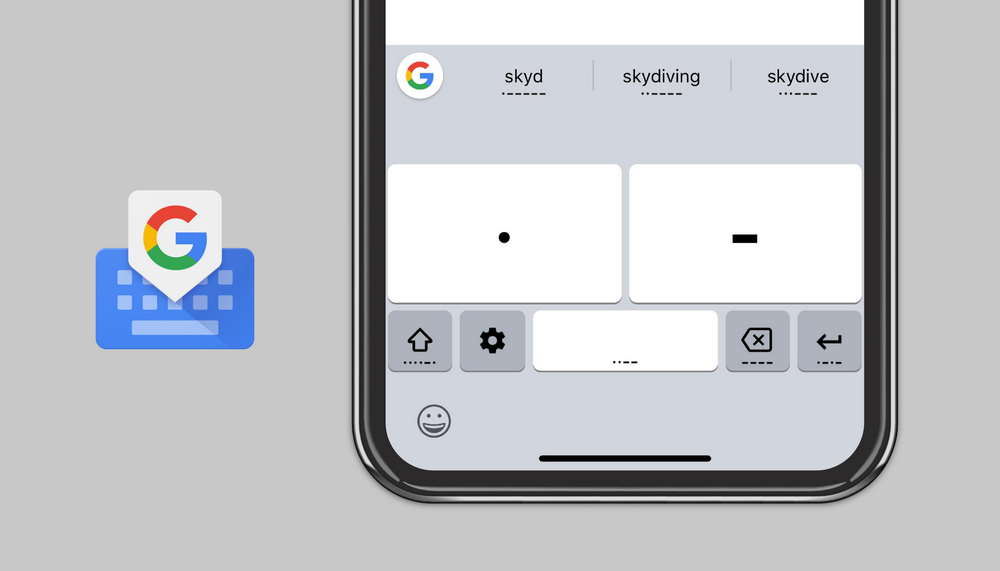 Google yesterday bumped its Gboard software keyboard for iPhone and iPad to version 1.29, bringing out Morse code typing as well as Dvorak and Colemak layouts for English keyboards.

Google partnered with developer Tania Finlayson, who is an expert in Morse code assistive technology, to implement Morse code typing on Gboard for iOS.

When Morse code typing is enabled in the Gboard app, the standard keyboard layout gets tweaked quite a bit. The Morse code dot and dash keys replace the letters and Gboard even suggests words above the keyboard along with their Morse code sequences.

The same feature debuted in Gboard for Android a while ago.

If you wonder how to communicate in Morse code, Google has kindly created a Morse Typing Trainer game that runs in a web browser at morse.withgoogle.com/learn/.