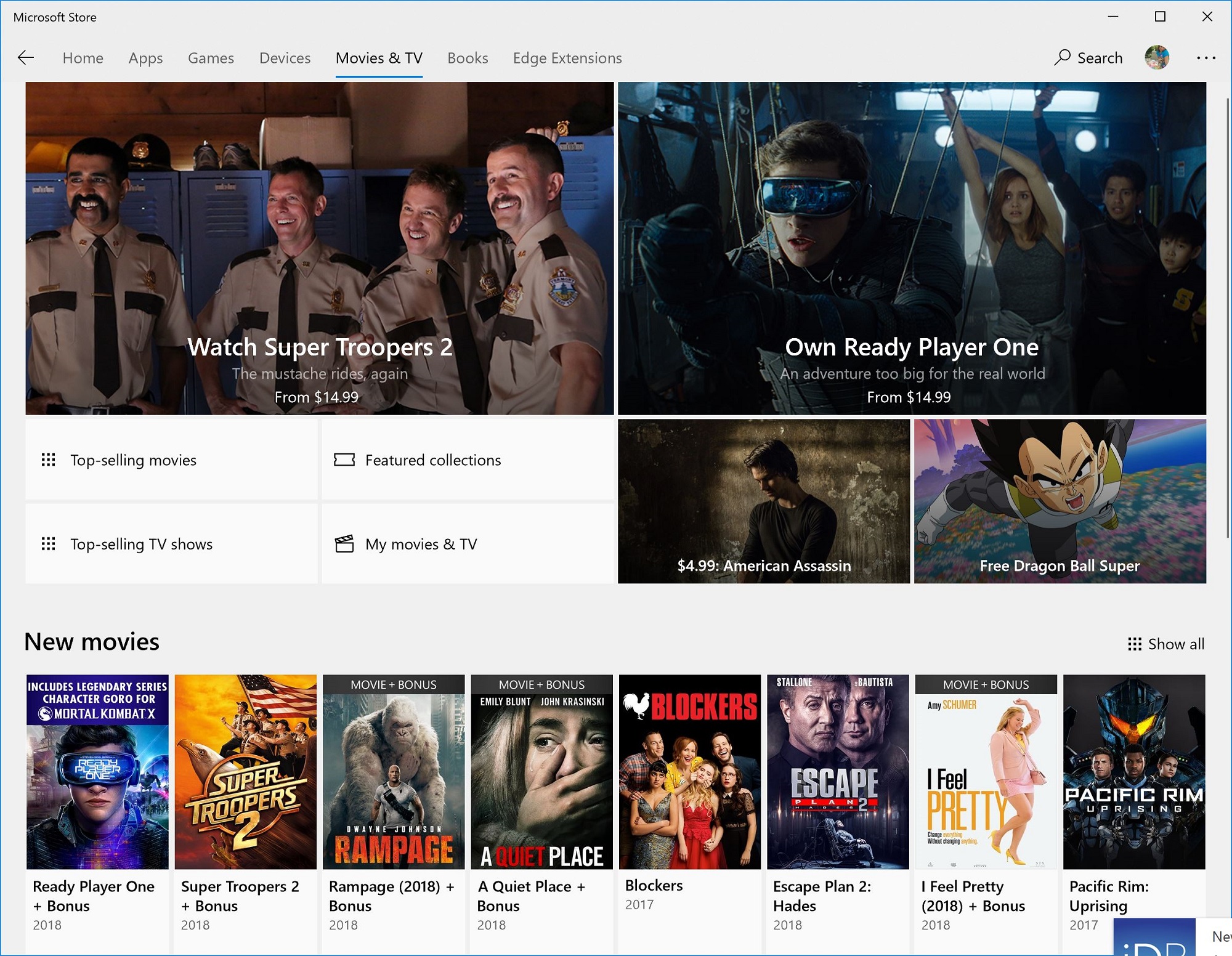 It seems everyone is offering a way to purchase movies and televisions shows on mobile devices like the iPhone. Add Microsoft to that long list. According to Windows Central, the company plans on bringing its Movie & TV service for Windows machines to iOS and Android.

The report notes that Microsoft is building the apps for the two mobile platforms to give folks a reason to buy content in the Microsoft Store. As it explains:

While most people have moved over to streaming content via services like Netflix, there is still a whole lot of content that isn’t immediately, or ever, available to stream. Lots of people buy digital movies and TV content, and Microsoft has a huge store that a lot of people seemingly ignore or don’t know about because there is no mobile companion app for their phone.

As part of its push to bring Movies & TV to a broader audience on iOS and Android, Microsoft is also joining the Movies Anywhere program. The service, which is only available in the United States, allows you to watch content purchased from different supported digital stores from one location. For example, with the Movies Anywhere app, you can view content purchased from iTunes, alongside titles bought in Google Play.

“Regarding a release date for all of these apps, I’m told not to expect them soon. Work is currently ongoing, and the apps will show up when they’re ready,” Windows Insider explains.

If bringing Microsoft’s Movie & TV service to iOS will lower the prices for video content overall, this will turn out to be great news. If prices are unaffected by the move, iOS users will probably stay with iTunes, no?