Thanks to on-device artificial intelligence, the Google Translate app for iOS is now able to deliver high-quality translations even when you don’t have access to an Internet connection.

This comes following the addition of neural machine translation two years ago that significantly improved the accuracy of Google’s online translations. Now this technology is running offline, on your device, supporting 59 languages.

The neural system translates whole sentences at a time, rather than piece by piece.

According to the search giant, the system uses broader context to help determine the most relevant translation, which it then rearranges and adjusts to sound more like a real person speaking with proper grammar. As a result, users will notice that translated paragraphs and articles are a lot smoother and easier to read.

If you travel frequently to other countries without a local data plan, offline translations can be very helpful. According to Google, a downloaded language set takes up approximately 35-45MB of your storage space. 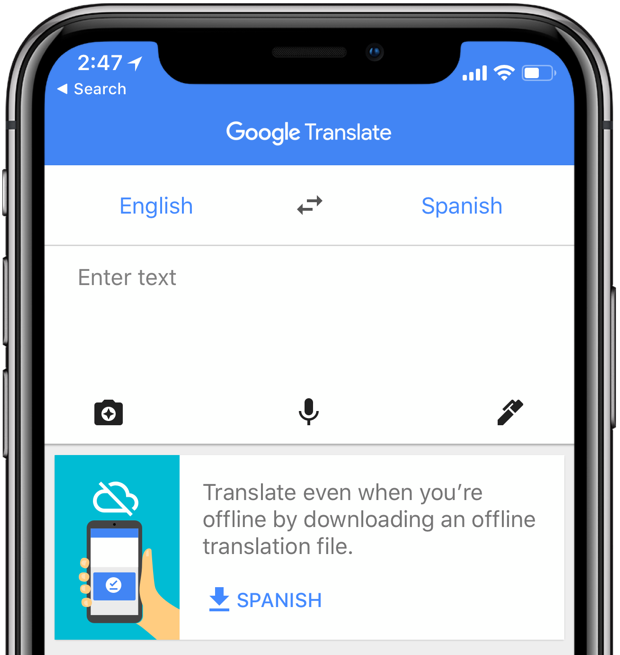 Aside from offline support, the app lets you translate between 103 languages by typing, translate text found in images instantly just by pointing your camera (38 languages), translate bilingual conversations on the fly (32 languages), draw text characters instead of typing (93 languages), star and save translated words and phrases for future reference, take or import photos for higher quality translations (37 languages) and much more.

The updated software is rolling out over the next few days.

Google Translate for iOS is a free download from App Store.