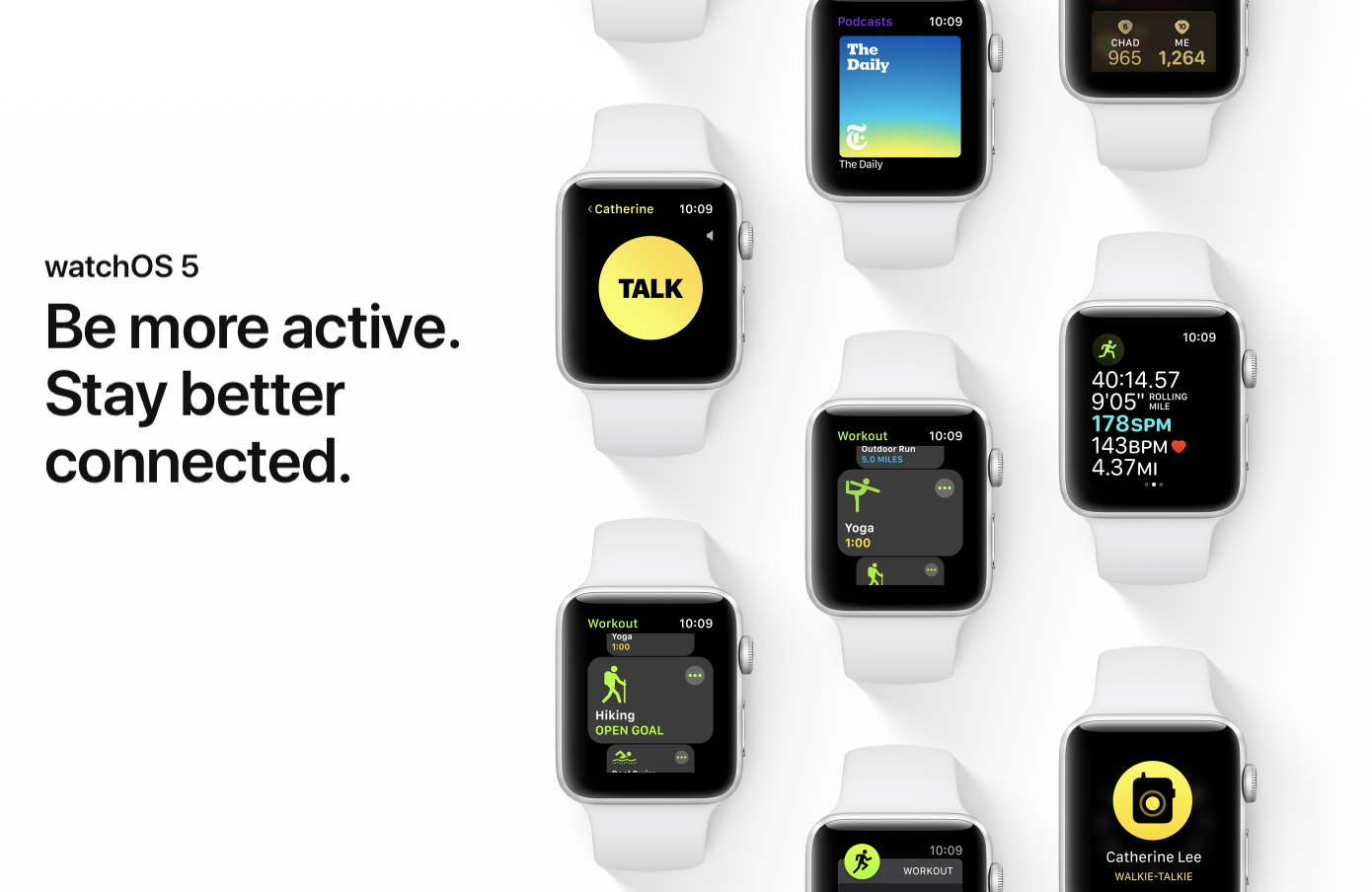 Heads up for folks with an original (Series 0) Apple Watch. The watchOS 5 update, which Apple announced earlier today during its WWDC keynote, will not support the older hardware. Everyone else is safe though: watchOS 5 supports Series 1, 2 and 3 models.

Version 5 of Apple’s wearable platform is a sizable update. It includes a new Competitions feature, which allows you to challenge your friends to 7-day fitness competitions, a new Walk-Talkies communications app, support for the Podcasts app, and much more.

The original Apple Watch was first unveiled on September 9, 2014, and it wasn’t available to buy until April 2015. A device losing update support after just 3 years is uncharacteristic of Apple, and wow do we feel bad for owners of those $10K+ Edition Watches.