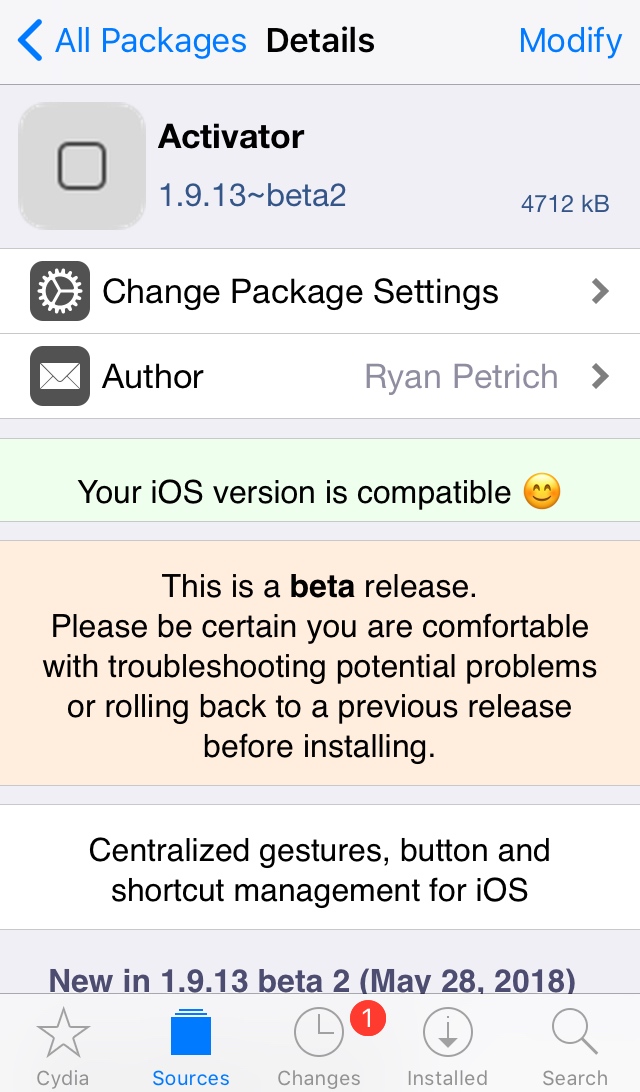 This is the first time since the release of CoolStar’s Electra jailbreak for iOS 11.0-11.1.2 that Activator received an official update to support Apple’s latest jailbreakable firmware. Notably, unofficial forks were under development by other developers previously.

Citing the Cydia description for Activator, the latest release is a beta and should be treated as such. Regardless, Petrich possesses a near-spotless record for tweak stability and support, so we don’t expect any complications for those who use it.

Keep in mind that it’s wiser to install Activator directly from Ryan Petrich rather than installing forks, as forks may not function properly or include the same level of support from their respective developers.

Activator earned its popularity over the years because of its utilitarian nature. Many jailbreak tweaks depend on this package to work correctly, while many other users rely on Activator to perform critical functions on devices with dysfunctional hardware (such as broken Home buttons, etc.).

We expect that many Activator-dependent jailbreak tweak updates will follow in the wake of Activator for iOS 11. Furthermore, the release should propagate new Activator-centric jailbreak tweaks expressly for Apple’s latest firmware.

Have you installed Activator on your jailbroken iOS 11 device yet? Let us know in the comments section below.