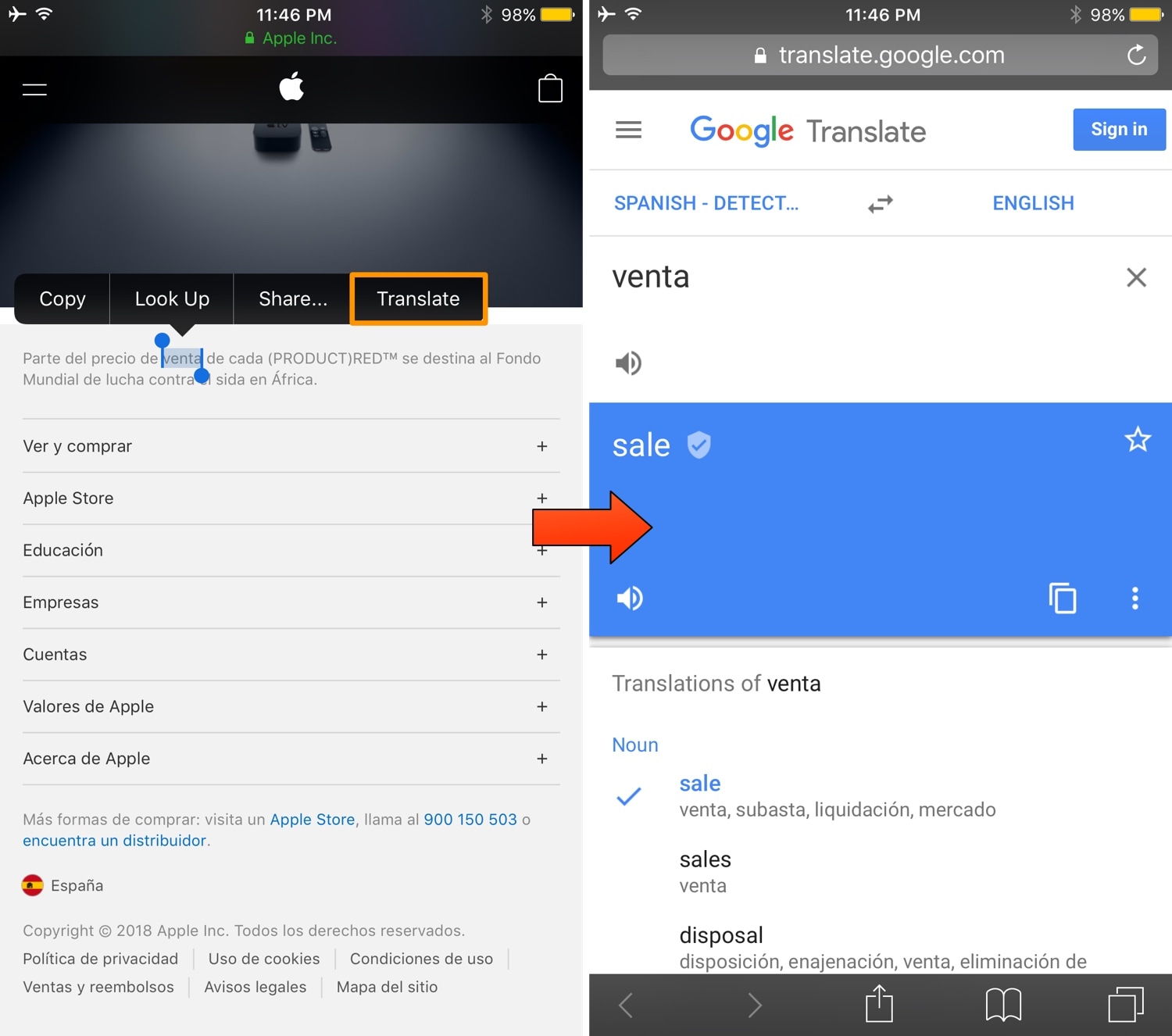 I can’t even keep count of how many times I’ve landed on a non-English web page and needed to use Google Translate to understand what I was looking at. But it now seems that there’s a more straightforward way.

A new free jailbreak tweak called iTranslate by iOS developer Teun Strik builds a translation feature directly into the Safari web browser itself, allowing you to translate words, sentences, or entire web pages in what feels like an instant.

As depicted in the screenshot examples above, iTranslate adds a new “Translate” option to the copy/paste menu that pops up whenever you highlight text on a web page.

When you tap on the Translate button, iTranslate promptly launches a new Safari tab and begins loading a Google Translate page along with any text you highlighted. From there, you can see the full translation to your native language.

Upon tinkering with iTranslate myself, I find the tweak and its implementation to be astonishingly convenient. It takes nearly no effort at all to highlight some curious text on a web page and translate it into a language that I understand.

Anyone who thinks that instant web page translation would be useful may want to give iTranslate a change. The tweak can be downloaded for free from Cydia’s BigBoss repository and doesn’t come with any options to configure; more importantly, it only works with jailbroken iOS 10 devices and in the stock Safari web browser.

Will you be installing iTranslate on your jailbroken iPhone or iPad? Share why or why not in the comments section below.