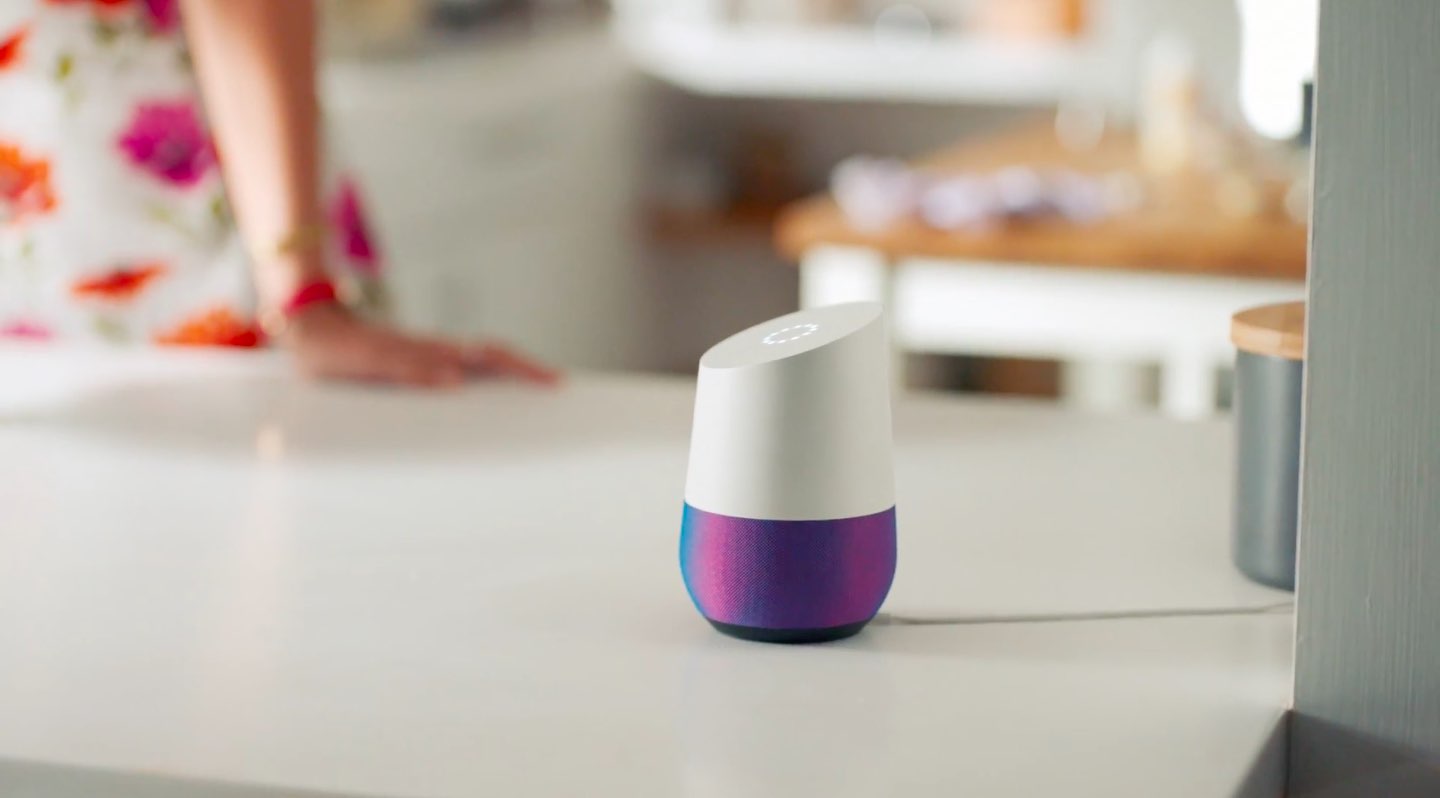 There’s a new leader in the growing smart speaker market. During the first quarter of 2018, Google overtook Amazon for the top spot. Meanwhile, Apple’s nowhere to be found in the new Canalys survey of the top smart speaker producers in the world, suggesting it might be awhile before the HomePod maker makes a mark in the emerging product category.

Through March 31, Google sold 3.2 million Google Home and Home Mini devices, which was enough to capture 36.2 percent of the market. During the same time, Amazon sold 2.5 million Echo devices for 27.7 percent of the overall market.

Google has several advantages over Amazon that have helped it move ahead. But its biggest advantage is in the channel. Operators and retailers tend to prioritize Google’s speakers over those from Amazon, as Amazon is in the tricky position of being a direct competitor. But Amazon is fighting back hard, and the sheer quantity of Alexa Skills and smart home integrations will be tough for any competitor to match.

For the first time, the U.S. share of the smart speaker market has dropped below 50 percent, although it remains the largest market for smart speakers, ahead of China, and South Korea. In the U.S. only, Google also leads, followed by Amazon, and then Apple.

Earlier this month, Strategy Analytics said Apple sold 600,000 HomePod units through the end of March. If this number is correct, it means Apple finished just shy of Xiaomi in the Canalys survey, accounting for 6.7 percent of the overall market.

However, it’s probably best not to move numbers from one survey to another.

According to the earlier survey, 9.2 million smart speakers were sold during the first quarter of the year, compared to Canalys’ 9 million. In that survey, Amazon, not Google lead, with Apple finishing fourth,  behind Alibaba but ahead of Xiaomi. 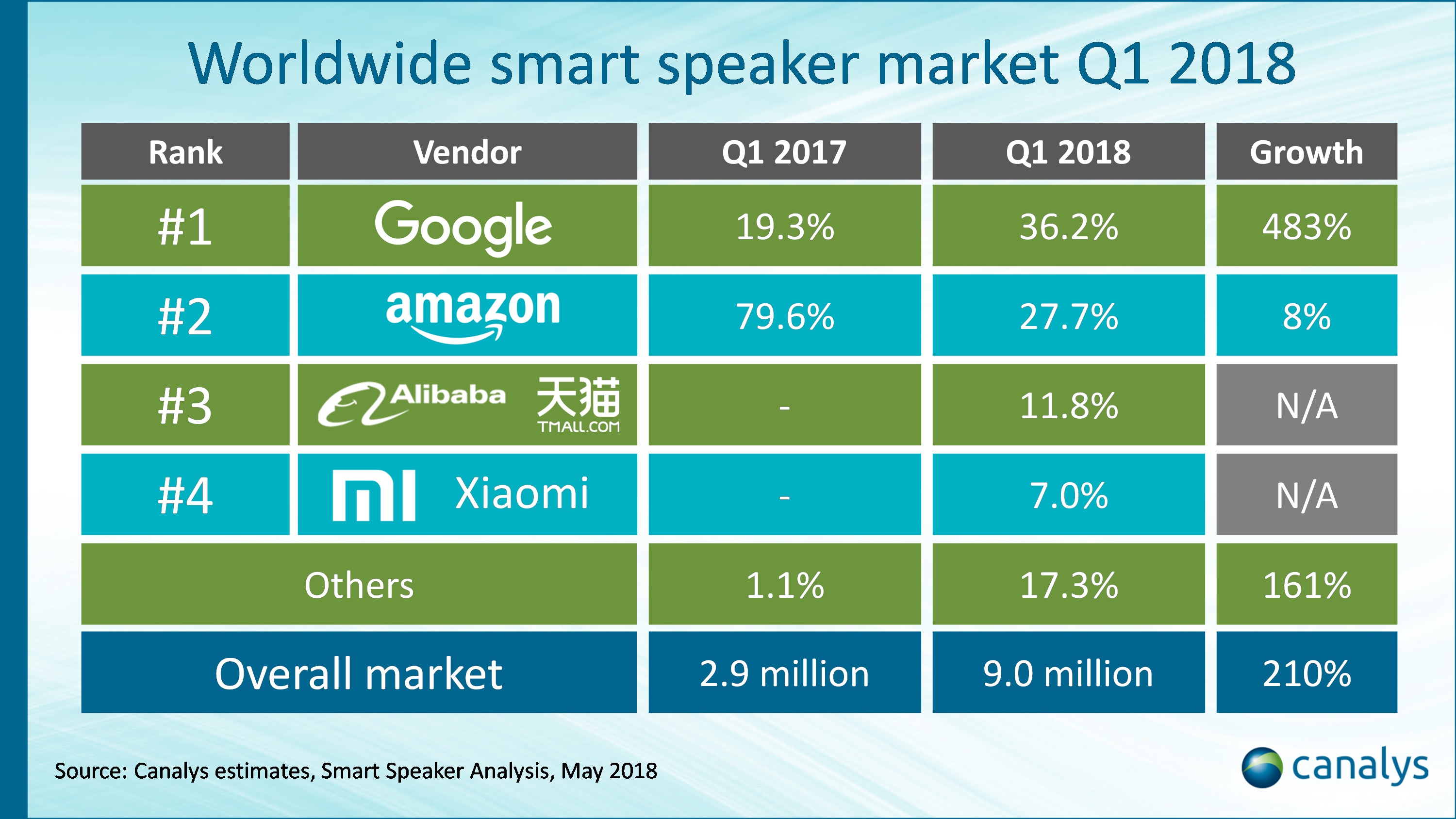 Apple doesn’t breakdown HomePod sales, so we may never know how many units were sold during the device’s first quarter on sale. Regardless, there’s no denying Apple has a long way to go before it catches up to Google and Amazon in the market.

This is probably the main reason the company is said to be considering releasing a lower-priced Beats-branded smart speaker later this year. This model could launch for under $200 compared to $349 for HomePod.

Apple announced the Siri-powered HomePod in June 2017. However, it didn’t begin shipping units until this February.

Do you think Apple can eventually catch Google and Amazon in the smart speaker market? Let us know below.