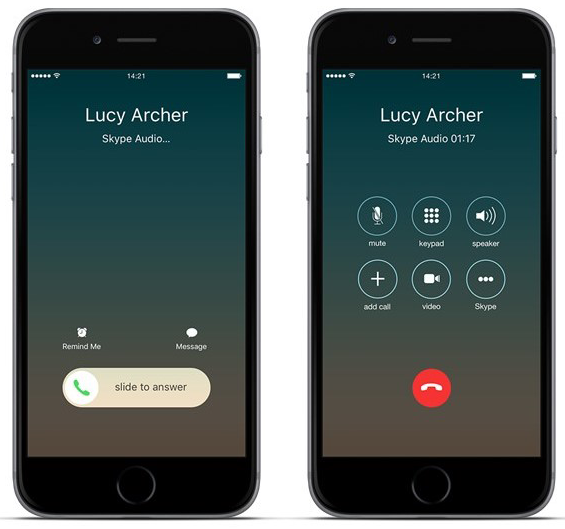 Following the earlier removal of unlicensed VPN apps from Chinese App Store, Apple is now clamping down on local VoIP apps that take advantage of the CallKit framework to integrate with the Phone app, Lock screen, phone favorites and more.

The iPhone maker reportedly sent out a memo to developers informing them that the Chinese Ministry of Industry and Technology has requested that CallKit be deactivated for each and every app available in China’s App Store. The company is asking that the affected developers make appropriate changes and resubmit their app for approval.

WeChat, the most popular app in China, has already removed CallKit functionality from its iOS app, perhaps in anticipation of the looming changes.

The Chinese government might be concerned that CallKit would make it harder for security agencies to eavesdrop on those calls as obviously VoIP services are frowned upon in the 1.33 billion people country.

Recently, the Chinese Ministry of Industry and Information Technology (MIIT) requested that CallKit functionality be deactivated on all apps available on the China App Store.

During our review, we found that your app currently includes CallKit functionality and has China listed as a available territory in iTunes Connect.

This app cannot be approved with CallKit functionality active in China. Please make the appropriate changes and resubmit this app for review.

If you have already ensured that CallKit functionality is not active in China, you may reply to this message in Resolution Center to confirm.

The system framework helps developers integrate VoIP calling services with other call-related apps on the system, including the stock Phone app, Contacts and the Lock screen itself.

CallKit provides the standard calling interfaces as the Phone app while an app handles all back-end communication with an VoIP service.

This isn’t the first time Apple is removing apps from Chinese App Store.

Last November, the country’s Ministry of Public Security gave Apple the first notice that a number of VoIP apps did not comply with local law. As a result, it removed a number of offending VoIP apps from Chinese App Store, including Skype.

Earlier in 2017, the company removed unlicensed VPN apps to comply with new government regulations. “We have been required to remove some VPN apps in China that do not meet the new regulations,” explained the firm. And at the start of 2018, Apple had to turn over iCloud data in mainland China to a state-owned local partner.