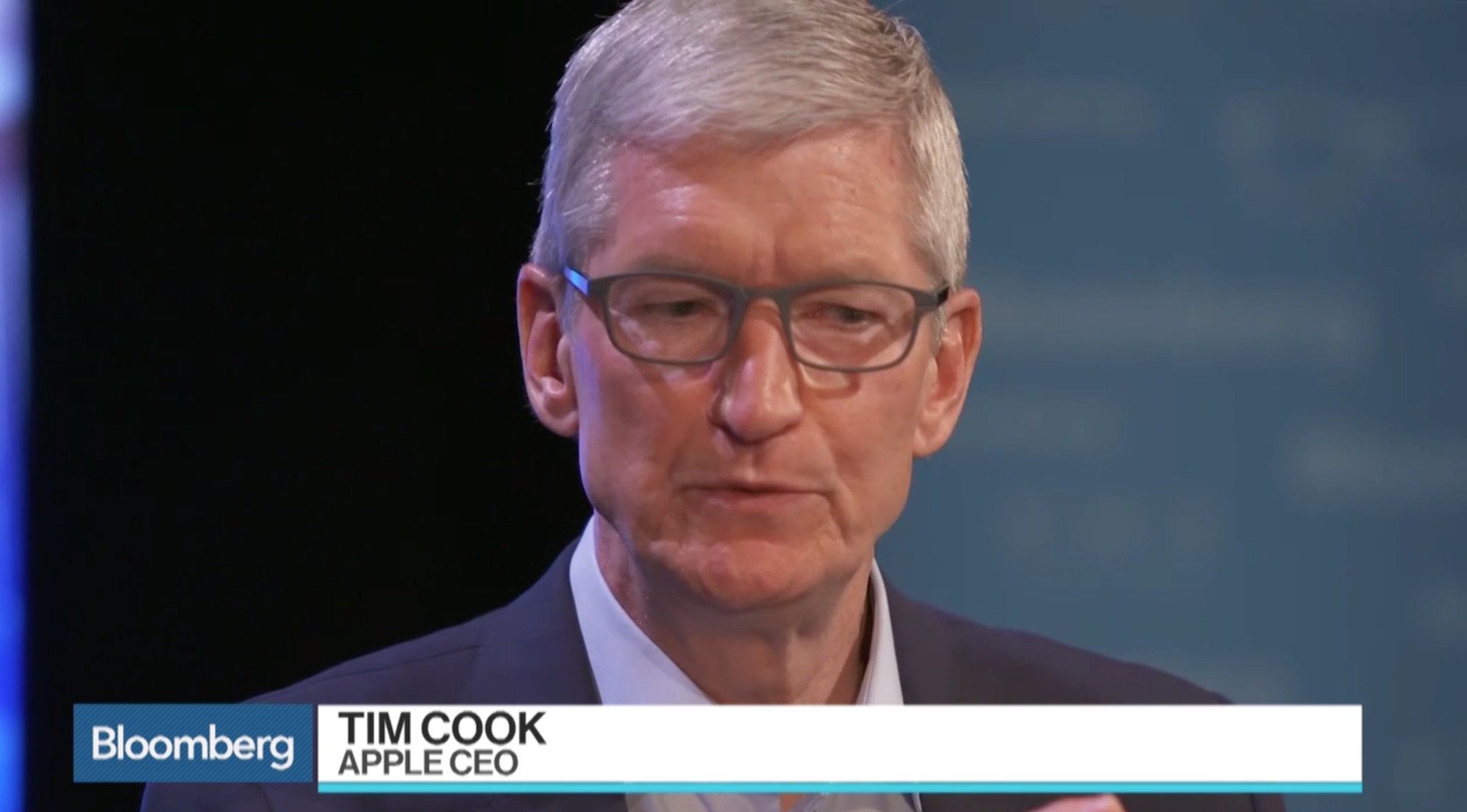 Calling Trump’s trade policies with China “problematic,” the executive expressed concerns about a possible trade war between the United States and its largest trading partner. In the interview on “The David Rubenstein Show: Peer-to-Peer Conversations,” Trump noted that previous trade policies were flawed, but Trump’s views were more concerning.

Cook met with Trump at the White House in late April just as the president’s administration began instituting tariffs on a least a $50 billion worth of goods from China, which has led to retaliation.

It’s true, undoubtedly true, that not everyone has been advantaged from that — in either country — and we’ve got to work on that. But I felt that tariffs were not the right approach there, and I showed him some more analytical kinds of things to demonstrate why.

During his Oval Office meeting, the CEO also discussed with the president the ongoing immigration battle over the Obama-era Deferred Action for Childhood Arrivals program (DACA), which spared so-called Dreamers from deportation.

Though Trump signed an executive order ending DACA, courts have so far said DACA remains the law of the land. However, as Cook explained, “We’re only one ruling away from a catastrophic case there.”

One area where Cook is more supportive of Trump is the 2017 budget law that slashed corporate taxes. Because of this, Cook has said Apple will bring $350 billion into the U.S. over the next five years through hiring, tax payments, and capital expenditures.

We’re also going to buy some of our stock because we view our stock as a good value. It’s good for the economy as well because if people sell stock they pay taxes on their gains.

Though Cook’s interview doesn’t offer new insight on how the Apple CEO thinks, it’s worth watching nonetheless. You can view the entire interview via the Bloomberg website.