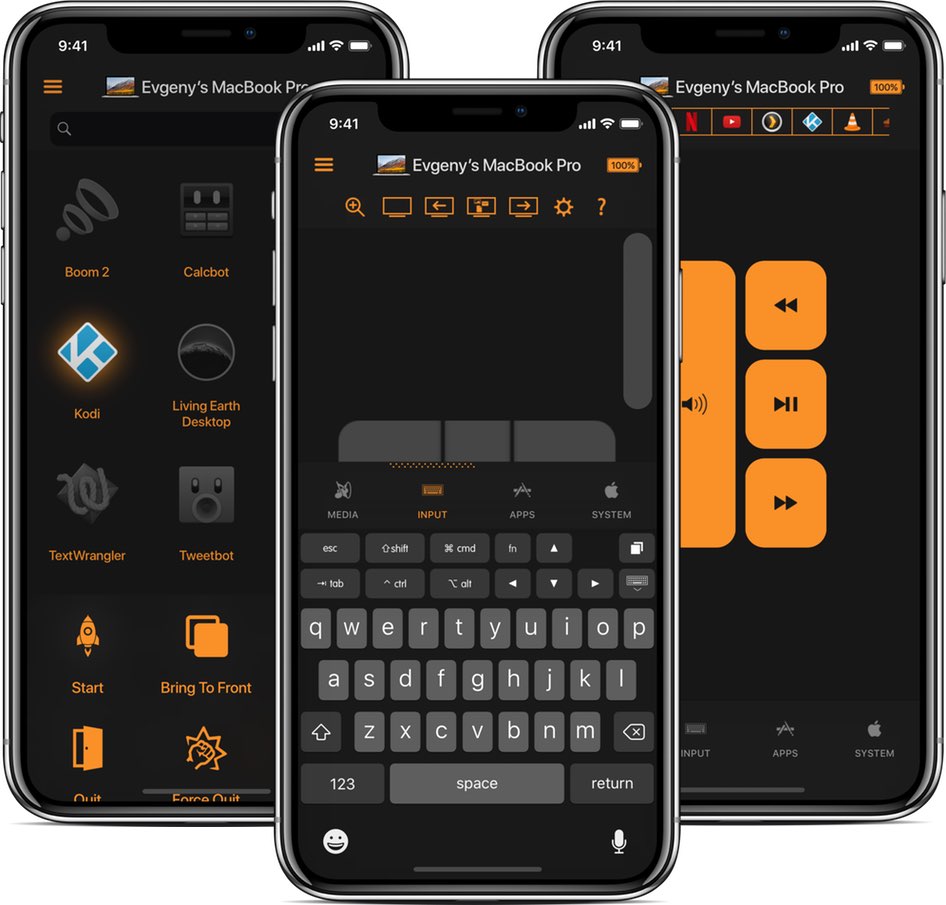 Would you like to turn your iPhone or iPad into the ultimate remote control for your Mac?

Remote Control by developer Evgeny Cherpak lets you take full control over your Mac by using your iPhone, iPad or iPod touch to launch any app from anywhere within your home, use an iOS device as an intelligent trackpad and keyboard in Mac apps, and more.

With this app, you can simulate key and button presses in any Mac app, control apps running on your computer, invoke various system commands and much more—all from your iOS device.

Full control of your Mac

It only takes three easy steps to set up Remote Control.

Connecting to your Mac is automatic; you just need to make sure you are connected to the same Wi-Fi network on both devices. And that’s it, you can now control your Mac from the comfort of your couch or bed!

The Media tab lets you control your Mac’s volume and media playback from anywhere in your home using standard system shortcuts for volume, pause/resume and more. The Remote Control widget makes your macOS’s standard media keys accessible right from the Lock screen or your widgets screen. 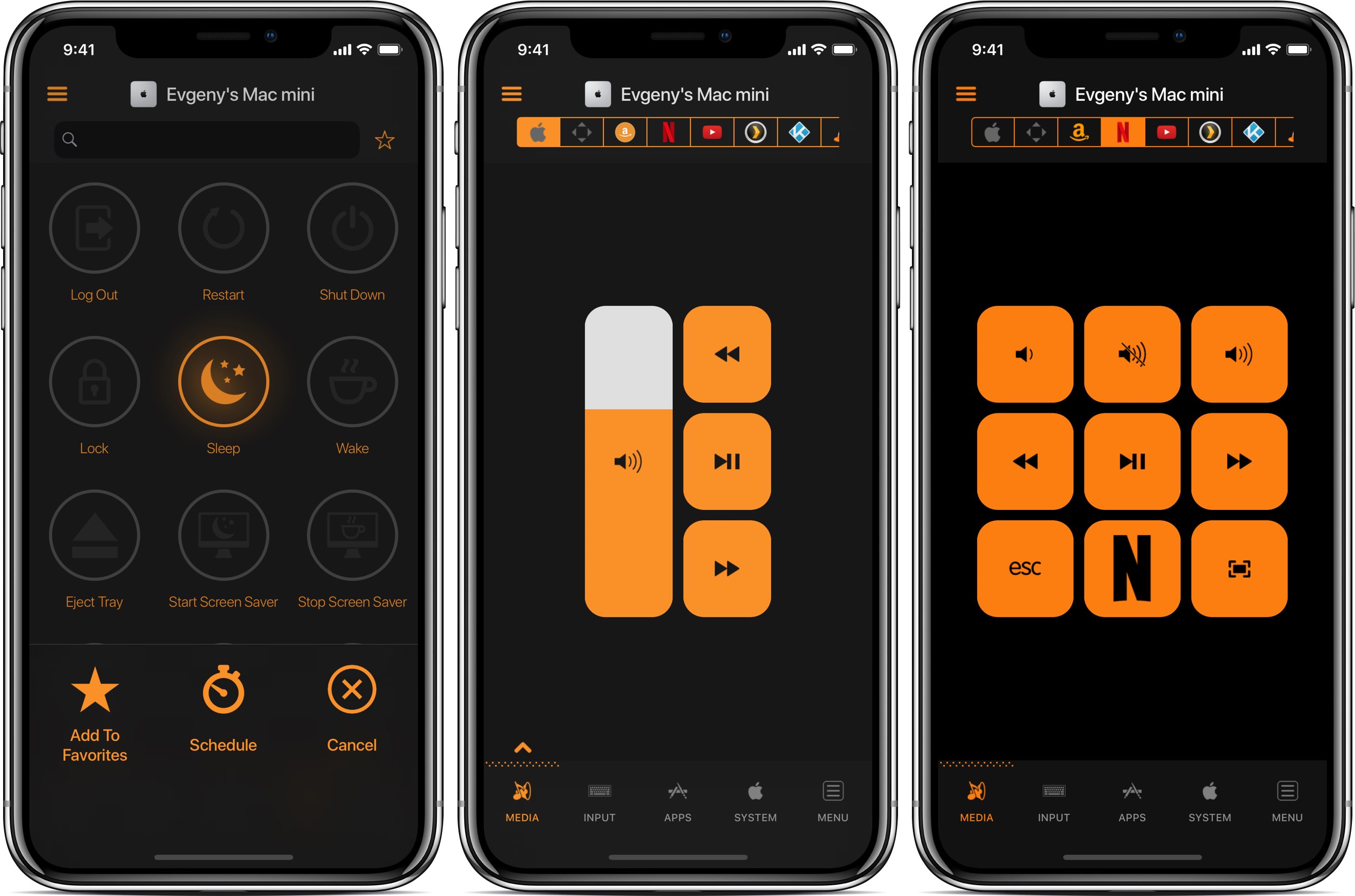 Switch to the Input tab to control your apps. The virtual keyboard and trackpad make navigation, launching/quitting apps, accessing menus and more a breeze. And with Live View option, you can even view what’s shown on your Mac’s screen right on an iOS device.

Using just your iPhone or iPad to access system settings on your Mac couldn’t be simpler—you can restart or shut down your Mac, send it to sleep, wake it up, and more.

If you have an Apple TV, you can even use this app to access the AirPlay Mirroring option to bring your Mac to a big screen TV in your living room or bedroom: simply select your Apple TV from the AirPlay menu (to show AirPlay Mirroring controls, tap the Media tab twice). This is perfect for checking your email or browsing the web on a Mac connected to your TV.

Handling both your Mac’s keyboard and mouse on your lap to control apps and media while sitting on the couch isn’t fun. With Remote Control, your iOS device becomes a trackpad and keyboard to comfortably browse Mac content on your big screen TV. 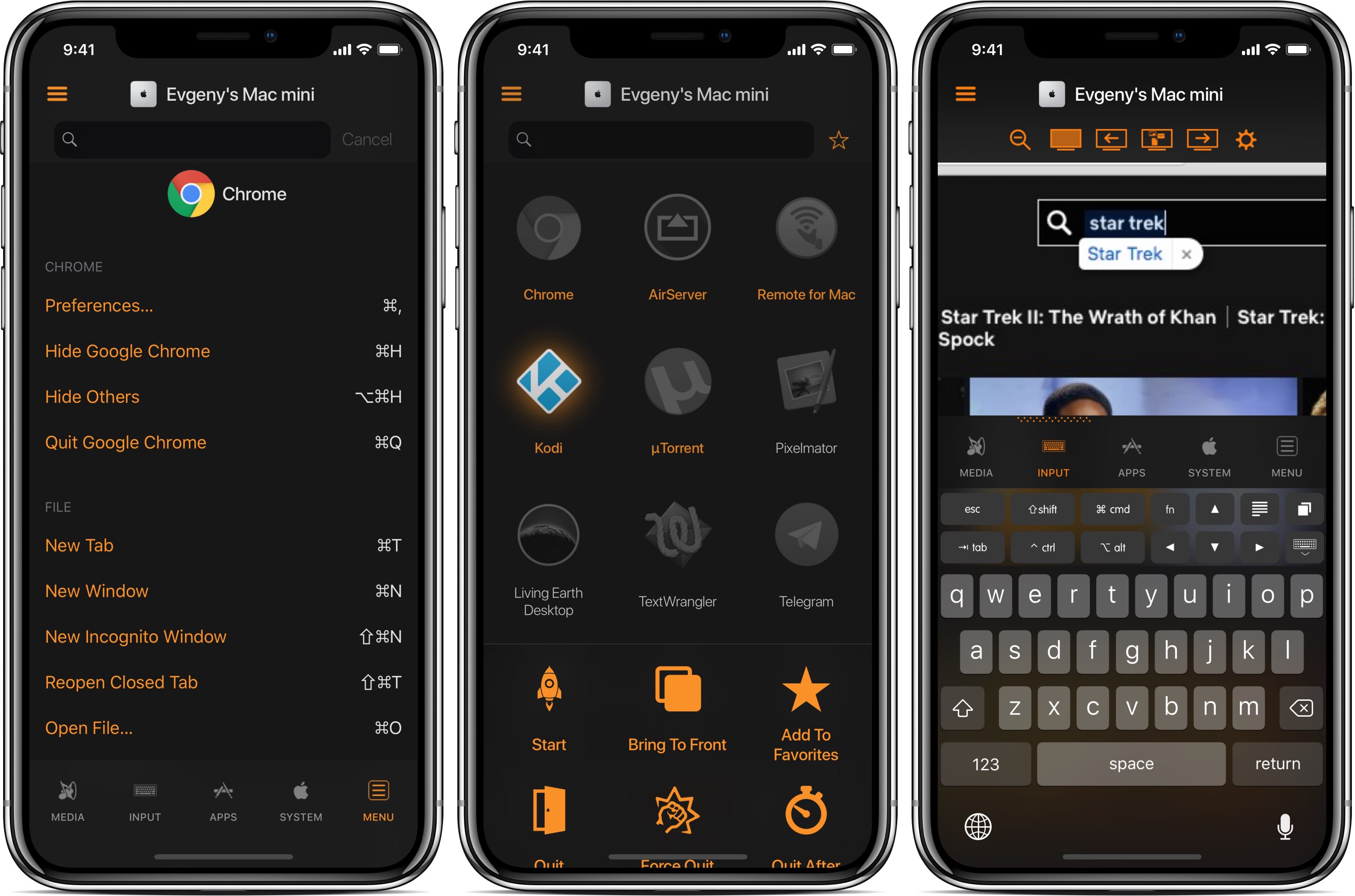 This nicely done app is especially great for controlling a Mac that serves as a media center, but you can use it for virtually anything because Remote Control works in many popular apps and the developer is constantly adding support for other media apps.

To learn more about Remote Control, visit the official website.

Remote Control for Mac — Pro is available on App Store for $4.99. Remote Control requires iOS 9.0 or later and supports your iPhone, iPad and Apple Watch.

The Remote for Mac client is a direct download from the official website. The Mac app requires macOS Yosemite 10.10 and newer.

Downloads for Android and older versions of macOS are available, too.