Apple Watch could use special backplates to help extend its battery life.

These replaceable battery packs would clip to the back of your wristpiece by taking advantage of the same slots that are used to connect bands to the device.

Patent drawings depict a backplate that affixes to the back of the watch, with an alignment magnet keeping the part in place. The special sections on both ends would extend to fit into the band slots while revealing their own slots where users would fit their watch strap.

“In some embodiments the electronic circuitry includes a power transmitting unit that can wirelessly transmit power to charge a rechargeable battery within the wearable electronic device,” reads the patent abstract.

By putting wireless charging coils and a miniature lithium-ion battery in the backplate itself, the part could be recharged wirelessly at the same time as the watch in a similar way to how a battery-equipped case could be used to recharge an iPhone while on the move.

The patent abstract confirms this:

Described as an “auxiliary electronic device attachable to a wearable electronic device”, Apple’s helpful solution would let the owner extend their Apple Watch battery life without requiring them to take their wristpiece off and connect it to the charging disk. 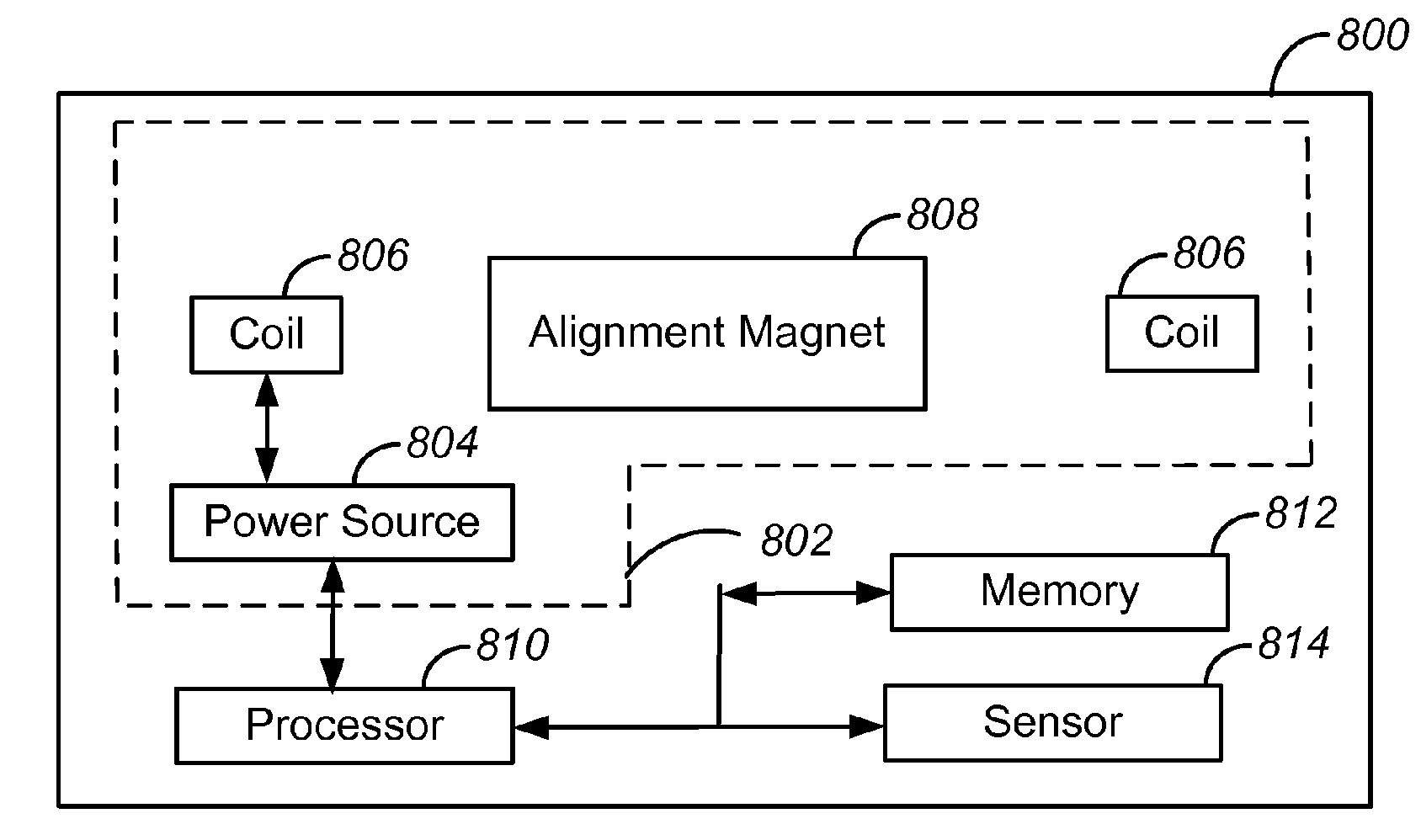 The patent credits Apple engineers David Nazzaro, Tyler Bushnell and Javier Mendez as its inventors. It was granted on April 17, 2018 by The U.S. Patent and Trademark Office.

The usual caveats apply: Apple routinely registers patents around the world, but only a fraction of them end up being used in actual products. With that said, this is one patent I’m guessing many people would be pleased seeing being implemented.